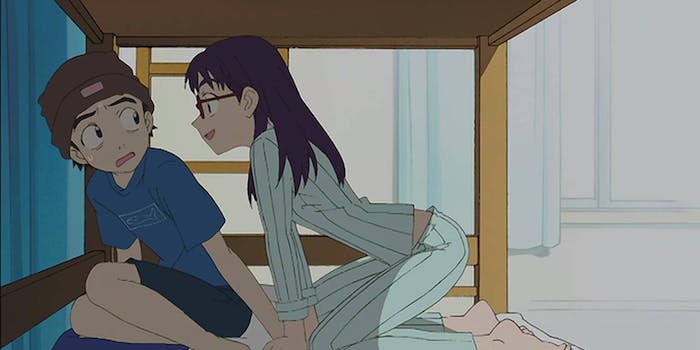 Adult Swim is bringing back anime classic ‘FLCL’ for 2 seasons

And all the right people are back.

The devinely appointed saints at Adult Swim have just announced something that anime fans from the early 2000s did not see coming.

FLCL was originally produced by Gainax, but in August sold the rights to Production I.G., known for making Ghost in the Shell and Attack on Titan. The studio has also collaborated with Quentin Tarantino to make Kill Bill: Vol 1. Production I.G., along with Adult Swim, will be producing the new seasons. This only adds to Adult Swim’s growing repertoire of quality series.

In the official press release, Jason DeMarco, senior vice president and creative director for Adult Swim, wrote that “the original FLCL is an anime classic and has been a fixture on Adult Swim since we first laid eyes on it. I’m beyond thrilled to be able to produce a sequel with the original creators, for Toonami, where it belongs.”

FLCL was also memorable for its soundtrack, featuring Japanese rock band the Pillows. As of now, it’s not clear if the Pillows will be making their return—but it’s hard to imagine FLCL without their guitar work.

FLCL followed 12-year-old boy Naota Nandaba who lived in a small suburban town in Japan. He met a mysterious and insane woman who changed his life forever.

According to the press release:

[I]n the new season of FLCL, many years have passed since Naota and Haruhara Haruko shared their adventure together. Meanwhile, the war between the two entities known as Medical Mechanica and Fraternity rages across the galaxy. Enter Hidomi, a young teenaged girl who believes there is nothing amazing to expect from her average life, until one day when a new teacher named Haruko arrives at her school. Soon enough, Medical Mechanica is attacking her town and Hidomi discovers a secret within her that could save everyone, a secret that only Haruko can unlock.