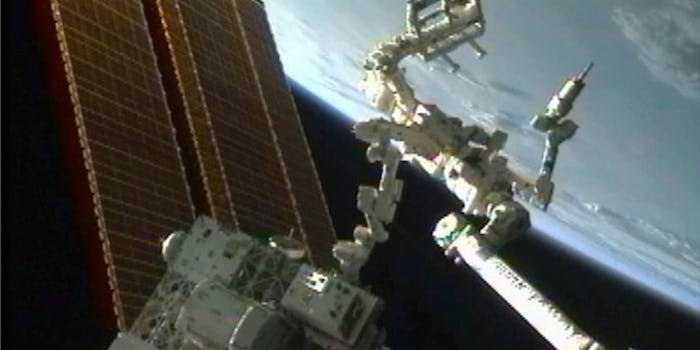 It’s actually surprising it took us this long, what with all the intergalactic YouTubing and tweeting and Instagramming we’ve seen in recent months.

But now, it’s finally here: The first Vine from space.

American astronaut Reid Wiseman is responsibile for the feat, shot from the International Space Station. The looping video shows Earth’s terminator line, which is where the horizon is divided into night and day by the sun. (He’s also been tweeting from space.)

And you thought all your X-Pro II-filtered photos of sunsets on the horizon were cool. And you were wrong.