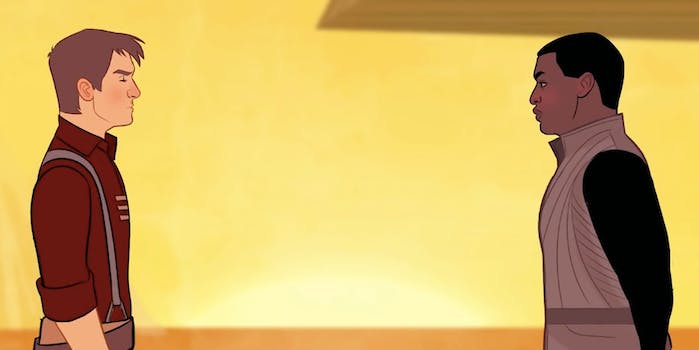 Time to hop back on the Serenity.

Cult-favorite space western Firefly has seen plenty of fan campaigns over the years in support of its resurrection, but a new teaser makes us pine for the Serenity and her crew all over again.

Stephen Byrne, a comic book artist and animator whose Star Wars fanart went viral earlier this year, has been creating animated adventures starring fandom’s favorites for a couple years now. Firefly has long been an interest: He created a heartbreaking, two-second GIF starring Zoe and Hogan Washburne in November 2014, which he accompanied with a production video demonstrating the painstaking time and effort it took to make it.

Now Byrne has released a teaser for The Animated Adventures of Firefly. Along with Zoe and Wash’s bittersweet reunion, it includes the Serenity crew coming together, kicking ass, and a moment some fans have been waiting years to see.

After fans started finding (and freaking out over) the teaser, Byrne noted that while “it’s as real as your heart wants it to be,” it’s not an official Firefly project.