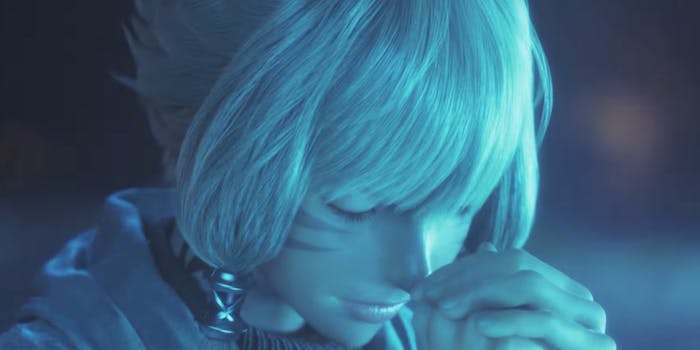 ‘Final Fantasy XIV’ will allow same-sex marriage after all

Square Enix announced at E3 this week that Final Fantasy XIV will soon allow same-sex marriage, having initially not given players the option upon the game’s release.

The update will be available via patch.

When the game was relaunched in 2012 it came with a number of new features including the ability to marry, but only between characters of different genders. At the time, Square Enix released a statement saying “We would like to start out with opposite-sex marriage, and then consider the feedback from our players.”

The decision to not include same-sex marriage was met with resistance, including an online petition, which the game’s Director and Producer Naoki Yoshida commented on at this year’s E3.

After he was asked about the “marriage situation,” he responded by saying:

“Two players will be able to pledge their eternal love and/or friendship in a ceremony of eternal bonding, and this will be open to people regardless of race, creed and gender. If two players want to be together in Eorzea, they can through this eternal bonding ceremony.

“We discussed it and we realized that, in Eorzea, why should there be restrictions on who pledges their love or friendship to each other?”

He also hinted at special rewards or loot for players who pledge their love or friendships, such as “special mounts” that they can ride together.

In January, LucasArts said it would add same-sex romances to its game Star Wars: The Old Republic in a future expansion pack. The feature had been delayed due to time constraints. Even then, these will only be available via a “gay ghetto” planet.