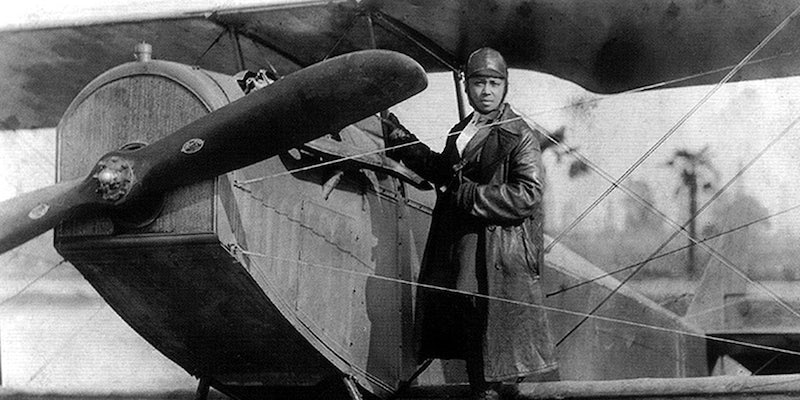 Why do we get separate Steve Jobs biopics, but no movies about any of these women?

It did not go unnoticed that every film nominated for Best Picture at the 2015 Academy Awards was about a man, just as no one missed the fact that, with the exception of Ava Duvernay (Selma), all of the Best Director and Best Original Screenplay nominees were men. Overall, just 7 percent of major Hollywood movies are directed by women, a number that has actually fallen over the past few years.

Hollywood filmmaking thrives on men telling stories about men. We live in a world where Steve Jobs and Edward Snowden are both getting two biopics apiece, but major female historical figures are rarely depicted on-screen unless they’re someone’s wife or girlfriend.

The #FilmHerStory hashtag, which popped up at the beginning of Women’s History Month, aims to highlight this problem. The idea is to promote some of the many women who deserve to have awesome movies made about their exploits. We’ve already seen a ton of amazing suggestions.

#FilmHerStory Ellen Craft, slave from GA who posed as a white male to gain freedom for herself & her husband in 1848 pic.twitter.com/yPdujywBaO

The common thread of #FilmHerStory is that these women haven’t just been overlooked by Hollywood; they’ve been overlooked by history. Women’s achievements are regularly erased from the historical record, a fact that has buttressed the widespread and mistaken belief that women historically stayed home as wives and mothers, leaving men to fight important battles and make great discoveries.

When we hear about a heroic woman, we tend to think of her as an exception. This in turn feeds biased depictions of historical events in major motion pictures.

If Hollywood made films about even fraction of the #FilmHerStory women, that would help combat the problem. Here’s hoping that this is one instance in which hashtag activism actually makes a difference?