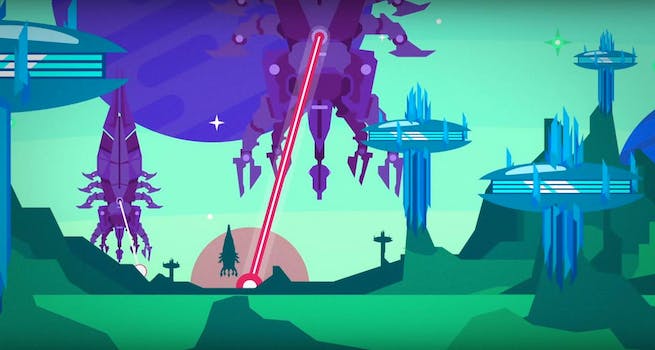 The Fermi paradox, and why we haven’t encountered aliens

Why it’s so vexing that we haven’t made alien contact.

If you’ve seen a lot of alien movies, especially Ridley Scott’s horror masterpiece Alien, you may have wondered just how likely it is that we could make contact with extraterrestrial life. Would we need to get off our own planet and go find it? Would it come to us? When will this happen?

A more pertinent question might be, “Why hasn’t it happened?” While it’s obvious enough that we’ve barely scratched the surface of exploring the cosmos, it makes way less sense that other life forms haven’t stumbled across our little blue dot.

Our galaxy alone has been in a state of relative calm—and ostensibly hospitable to life—for billions of years, even though we humans have only been around for 200,000 years. Surely there has been the opportunity—on the scale of billions of years—for intelligent civilizations to develop and escape their own planets and stars to go exploring. So, why haven’t we seen any aliens yet? This question, or observation, is known as the Fermi paradox. Here’s why it’ll blow your mind.

A huge window of opportunity

The universe is really, really, super big, has been around for a really, really, super long time, and is just lousy with galaxies. By some estimates, there are 100 billion or so galaxies, each with 100 billion to 1 trillion stars, according to the educational blog, Wait but Why. Each of those stars has planets, and some of them have Earth-like planets within the Goldilocks habitable zone—a distance from the star that is neither too hot nor too cold and could, conceivably, sustain life as we know it.

Our own Milky Way galaxy is home to roughly 100 to 400 billion stars and about 1 to 4 billion Earth-like planets. If we’re being conservative, and say 1 percent of 1 billion Earth-like planets had life, and 1 percent of the planets with life had intelligent civilization, then that means there would be 100,000 intelligent civilizations in the Milky Way alone. There would be 100 million billion of those total among all the galaxies in the whole universe, but we’d never see them because other galaxies are really, really far away and we can’t get to them even with fantastically fast spaceships.

But still, even if there are 100,000 planets with intelligent civilizations right now, the Milky Way has been in a state of relative calm for about 10 billion years—an enormous window of opportunity for super intelligent civilizations arise, acquire tons of energy from their home star or even the galaxy, and be able to travel between stars within relatively short timeframes.

It seems like we should have seen some aliens by now, but we haven’t. So, where is everyone?

“The Fermi paradox is the observation that either the number of technologically advanced civilizations is small–like one or zero–or that the fraction of such civilizations that go onto colonize the galaxy is for some reason small or zero, and it’s not clear what this reason would be,” said Anthony Aguirre a physicist at the SCIPP institute at the University of California, Santa Cruz. “It seems like once you have self-replicating robots and spaceships, it should be able to take over the galaxy relatively quickly on a galactic timescale.”

There are a few different rationalizations of the Fermi paradox, mainly that there exists some sort of “great filter” that makes it extremely hard for life to get to the point of taking over (or at least visiting) the rest of the galaxy.

One theory suggests we’ve already gotten through the great filters, and we’re one of the few or even the first intelligent civilization to do so.

“If our kind of species are very rare, then first of all we pretty much have galaxy to ourselves. Though maybe it’s a little disappointing that we’re not gonna see a bunch of aliens,” Aguirre said. “Whereas if a small number is ahead of us, then that’s bad news because species like us are arising all the time, and for some reason they’re not fostering and spreading out.”

Basically, if the great filter is not behind us, then that means it’s ahead of us, and apparently it’s a good filter because as far as we can tell no intelligent civilizations have been able to penetrate it.

Though it’s tempting to assume that not hearing from more advanced civilizations means they aren’t out there, it’s important to remember that the absence of evidence is not evidence of absence.

One theory is that more advanced civilizations would be culturally against colonizing, or even visiting other planets. Similar to the prime directive in Star Trek, a space-traveling civilization may see it as their responsibility not to make contact because we’re too culturally and technologically primitive to handle such an event.

But even if that were true of one species, it probably wouldn’t be true of all of them, Aguirre said.

Another thought is that we have been visited by aliens, but before any humans were around to see or even record it.

There are yet more theories about how super-intelligent alien races may exist and why we haven’t heard from them. They range from the mundane (we lack the proper technology to tap into their lines of communication) to the terrifying (they’re not broadcasting a signal because they plan to wipe us out to avoid competition from another intelligent species).

Wait but Why has a comprehensive list of all the theories, which are worth checking out if you want to be kept up at night either locked in existential dread or the real dread that maybe an alien civilization is coming to wipe us out at any time, and we wouldn’t even see it coming. And perhaps that’s a scarier thought than seeking aliens out only to have them make xenomorph nurseries out of our space colonies.