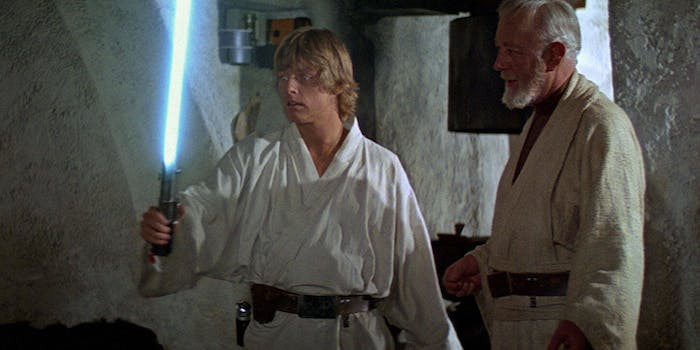 Jedi training has to start somewhere!

There comes a time in every child’s life when their parents have to admit that the child is ready—ready, that is, to receive his or her first lightsaber.

Twitter user Stephen O’Hara documented this landmark moment in his daughter’s life in an adorable Twitter video, as he presents her a brand new lightsaber. As is traditional, he wore a cape.

We’re slightly concerned about his own red saber, which generally denotes Sith tendencies, but his daughter does seem to have a more peaceful Jedi soul. Instead of launching straight into battle, she runs away to show her mom her new gift.

Next stop: lightsaber training school—which is totally a real thing, by the way.