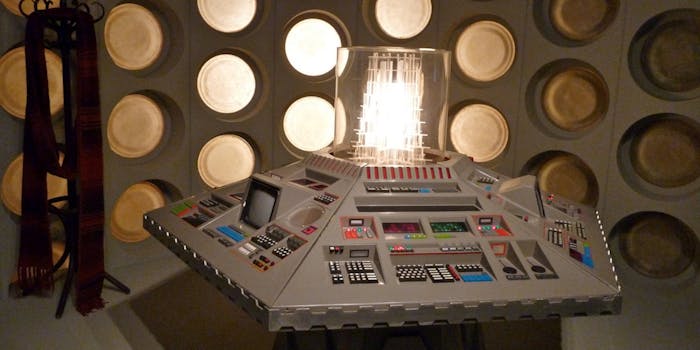 An illustrated guide to the fastest spaceships in the universe

It helps that none of them are using a Playstation for an engine.

The New Horizons probe may be the fastest ship in the galaxy, but it still took nine years to reach Pluto earlier this week. Even traveling at a speed 100 times faster than the fastest jumbo jet, it can’t compare to our favorite fictional spaceships—as this in-depth new infographic from FatWallet shows us.

Unlike New Horizons, which used a repurposed Playstation CPU to fire its thrusters, these ships are jimmied out with all the goods: nuclear propulsion, ion engines, warp drives, reactor cores, hyperdrives, you name it.

Although not all of our fictional favorites can travel at Ludicrous Speed, the many ships you’ll find here make for an impressive array of space travel. It’s also nice to see some of our own real ships on here as well. Who knew the Apollo 11 could hold its own against Serenity?

The graphic is not without its flaws—we notice the Red Dwarf is flying backwards, and we aren’t ready to verify whether the top speed of Death at 100G is accurate. But it’s also been thoroughly sourced and calculated from the depths of geek space knowledge—i.e. NASA and geek wiki sites. (Where else?)

We present our findings in either relativistic speed or faster-than-light speed (FTL). Ships travelling at the relativistic speed cannot pass the speed of light barrier because that, of course, would take an infinite amount of energy.

Ships in the Star Wars universe are also equipped with hyperdrive propulsion systems for making the jump to hyperspace (FTL speed), with the notable exception of the TIE Fighter. These hyperdrives are categorized by a class system in which lower numbers are faster. The X-wing has a class 1 rating. The Star Destroyer, which is larger and slower, is a class 2. Han Solo made illegal modifications to make the Millennium Falcon do 0.5 past light speed, but just how fast is this? 25,000 light-years per day or 1,041.66 light-years per hour. That’s a top speed of 2.74 x 1015 meters per second.

In Star Trek, FTL propulsion is achieved with a warp drive. Warp speeds are ranked, with the higher the number meaning the faster the ship. Warp 1 is the speed of light. The standard speed most enterprise ships could travel safely at is warp 8 (1.54 x 1011 m/s), with warp 10 being an unattainable infinite maximum that few ships have been able to travel close to — and not for very long.

There you have it, folks. You can read their entire rundown of ship speeds and how they calculated them on the Fatwallet website.

It doesn’t, however, tell you how you can fit a permanently exploding star under the hood of your car. Looks like you’ll just have to wait for a ride from the TARDIS.