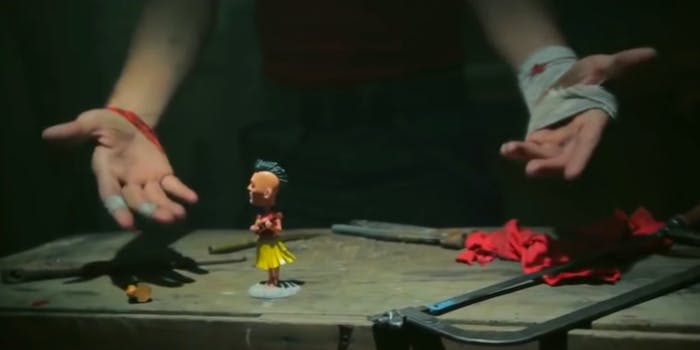 The next 'Far Cry' game could be the best yet, if Ubisoft listens to fans.

The Far Cry franchise has been going strong for years.

The diverse narratives and enjoyable gameplay in Far Cry games have kept the franchise going for more than a decade. The series has earned itself a dedicated fanbase, many of whom have been around since the first game was released in 2004. Over the past 15 years, Ubisoft has continued to produce entertaining, well-received additions to the Far Cry library. While not every game is met with the same level of enthusiasm, no Far Cry release has entirely disappointed.

Fans continue to look forward to upcoming Far Cry games, but each passing year brings heightened expectations. Players anticipating Far Cry 6 are hoping to see many of the elements that made past Far Cry games great but also expect some changes. No previous release has flopped, but nothing is perfect.

Here are certain aspects to past Far Cry games that fans hope Ubisoft will avoid and missing elements they hope to see in the next release.

What to avoid in future Far Cry games

Despite its many fans, the Far Cry franchise has its fair share of flaws. Thankfully, the series tends to learn from its past mistakes, and each release changes the formula at least a bit. Each new game irons out an old issue or two but tends to bring new problems with it. Fans looking ahead to Far Cry 6 are hoping that Ubisoft avoids a few specific problems this time around.

Far Cry 5 is an entertaining, enjoyable installment in the Far Cry line-up. The storyline is engaging and throws plenty of twists and turns at the player. The characters are, for the most part, engaging and relatable. The mechanics, graphics, and world are simple, stunning, and deep. In whole, it is an excellent addition to any gamer’s library.

Unfortunately, that doesn’t mean it is without fault. Any new game has its fair share of critics, and Far Cry 5 was no exception. When Ubisoft first released the game in 2018, critics swooped in to take issue with several minor aspects.

The story, which follows a deputy attempting to take down an insidious cult, was a major target. For my part, I actually found the storyline quite interesting. Each sibling has their own, relatively independent, story, and the fact that players can choose which order to take them down is a nice touch.

Criticism levied at the characters also plagued the game, but much of that was due to its “controversial” approach. Some Christians and people on the far-right took issue with the cult and its leader, Joseph. They felt the game was taking aim at Christianity and far-right political movements. A Change.org petition urged game makers to change the game’s main villains to Muslims or “inner-city gangs” in an effort to make the game “more realistic.”

Ignoring that extremely problematic request, there were some actually valid complaints about Far Cry 5.

One minor, but notable, issue with Far Cry 5 involves the shift in the main character. In previous Far Cry releases, players take on a set character. In Far Cry 5, however, players customize their own. Options aren’t extensive, but you can create a relatively unique character. Unfortunately, this style of game really doesn’t let a customizable character shine. Something about the vagueness necessary to employ a customized character didn’t jibe well with the storyline.

One notable issue with the customizable characters is the gender option. Players can choose to approach the game as either a woman or man, but it doesn’t feel like the choice was intended from the beginning. It doesn’t ruin the game by any means, but playing as a woman has a few obvious odd moments that can take players out of the game. For one thing, moments in which characters refer to the protagonist as “man,” “dude,” or other masculine terms litter the game.

Again, these are not deal breakers, but it does give the impression that Ubisoft initially intended to have a male protagonist. One moment in which this feels particularly true is during John Seed’s portion. After Seed catches the player, he tattoos their sin—wrath—upon their chest. The act of ripping open the character’s shirt and staring at their chest for a long, uninterrupted moment feels weird when players know their character is female. It just feels like, perhaps, there should have been a slightly different scene for female characters.

A common complaint about Far Cry 5 aims at the story. Not counting the strange desire to change the villains into racial stereotypes, some completely valid issues arose among fans. Most commonly, players felt the franchise leaned too hard into over-the-top, less believable characters and storylines. The more down-to-earth, fascinating stories of the earlier games felt, to some, far away in Far Cry 5. While the game is still enjoyable—with several clever, surprising, and upsetting twists and turns—it didn’t have the same feel as earlier games.

Fans are hoping Ubisoft returns to its more genuine roots with Far Cry 6. We love the enhanced graphics, streamlined gameplay, and well-developed worlds, but not all games need to be Borderlands. Most players flock to Far Cry for a different type of game and feel unenthused when another cookie-cutter “popular” style greets them. If fans can get their way, future installments will return to the more simple, more heartfelt, feel of Far Cry 2.

Another issue fans flagged is the shift in gameplay. While the game’s mechanics are simple and fluid, the fighting can feel quite excessive. As one fan put it on Reddit, “the gameplay went from headshot is dead to shoot someone five times in the head and he still comes at you.” When a character can survive being mauled by a bear and six shots to the chest, it can really take players out of the game. We get it, we’re not here for hyper-realism, but still.

Issues with other Far Cry games

Every Far Cry fan can give you a slew of reasons why they love, and hate, certain installments in the franchise. As with most video game series, the earlier games are, for the most part, the most popular. While the later games added far more gameplay options and larger, richer worlds, they lost some of the magic. Far Cry 3 is often criticized for its lackluster villain. Some of the spinoffs, like Far Cry: Primal, have received criticism for their extreme deviation from the traditional Far Cry formula.

Far Cry: New Dawn received mostly positive reviews, but not all players were fans. The game’s bright, unrealistic approach disappointed some people. To some, it didn’t even feel like a Far Cry game.

Things we want to see in future Far Cry games

Video game fans—or fans of anything, really—are always opinionated. This tends to happen because they have put a lot of time, energy, and cash into their favorite titles. Fans of the Far Cry franchise are no exception. For years, they’ve been sharing their opinions on what Ubisoft should, and should not, include in the next game.

One fan noted on Reddit that they’d like to see more environmental reactions to gunshots and other weapons. In current games, players and enemies can take cover behind just about anything without consequences. Even thin wood or plastic will provide consistent, impenetrable protection, and houses are indestructible. If future games were to add in the ability to gradually destroy obstacles with gunfire and through other means, it would add a delightfully realistic aspect to the game. Games like Gears of War allow similar mechanics, which makes the game more interesting—and more difficult. Plus, who doesn’t want to destroy an entire house, just because?

Other fans are discussing the location of the next game. Thus far, Far Cry games have taken place in nuclear wastelands, tropical islands, and savannas. Fans want to see the next game set somewhere completely new but with just as rich a world. Suggestions range from the Amazon rainforest to a 1980s-style Soviet-closed city or a snowy tundra. Some fans would even love to see a story set in a different timeline, kind of like Far Cry: Primal. Plus, different environments invite developers to add in weather that affects the gameplay. In a snowy tundra, players might get too cold or struggle to drive on icy roads. In the desert, access to water and shade could be an entertaining necessity. The possibilities are endless.

Hints about Far Cry 6 point toward the game being set in a tropical environment. Few details have been released so far, but if early trailers are any indication, Far Cry is, as fans requested, returning to its roots. Both Far Cry and Far Cry 3 took place in similar settings.

One of the best things about Far Cry 5 was the co-op. Playing by yourself is certainly fun, but it’s not nearly as much fun as going to town on some cultists with a buddy at your side. If Ubisoft is paying attention, all future Far Cry titles will include a co-op option. A few improvements could certainly be made to 5‘s formula, like allowing the visiting player to retain story progress and at least expanding the radius. Still, more and more players are hunting for good co-op titles, and the next Far Cry should certainly be on the list.

While the character customization option was fun, it seems that future games would be well-served to stick to set characters. Many players felt a deeper connection to the fleshed-out characters of previous installments and are in favor of returning to this approach. If Ubisoft does decide to stick with the character customization option, hopefully it can find a better way to establish the character. Regardless, the Far Cry franchise has long been hindered by its inability to create a relatable, engaging main character. Whether through set characters or create-your-own, the series needs to work on its protagonists.

Many fans have also advocated for the next Far Cry to reutilize the map from Far Cry 2. A consistent favorite among fans, the second main game was set in Africa with a realistic, interesting map design. Players would love to see the next game return to this map—with a few updates, of course. It seems unlikely that Ubisoft will make this choice—instead, it could easily opt to remake Far Cry 2—but that won’t stop fans from asking for it.