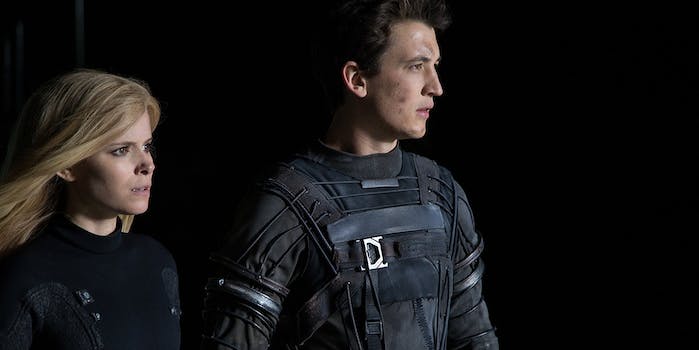 'Fantastic Four 2' is no longer on Fox's release schedule. Is anyone really surprised?

For the second time in a decade, the Fantastic Four franchise seems to be dead in the water. According to Box Office Mojo, Fox has removed Fantastic Four 2 from its schedule, where it was scheduled for release in summer 2017.

The reviews for Fantastic Four were thoroughly negative, with critics and comic-book fans agreeing that the latest reboot was a huge disappointment. But the film’s disappointing box-office numbers weren’t quite disastrous enough to guarantee an end to the franchise. Many fans suspected that Fox would press ahead with a sequel, possibly intending to tying the characters into the X-Men universe.

Thankfully, that doesn’t seem to be the case. While Fox hasn’t officially announced the cancellation of Fantastic Four 2, removing it from its release schedule is a pretty major hint. It leaves us wondering, somewhat pessimistically: How long until the next reboot?

Josh Trank’s Fantastic Four was so poorly received that Fox might give up on the franchise for the foreseeable future. The question for fans is whether Fox will hold onto the film rights or let them revert back to Marvel Studios. Marvel would certainly be happy to add another world-famous superhero team to the Marvel Cinematic Universe.