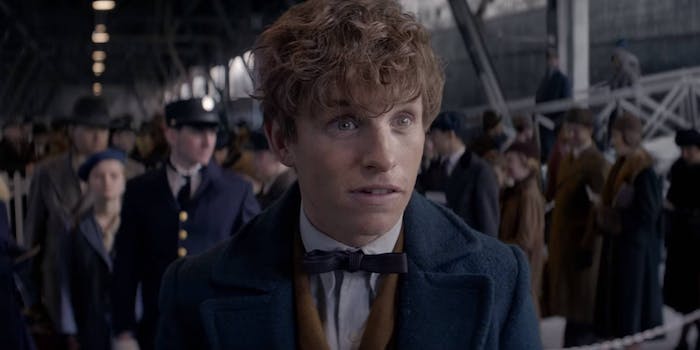 Eddie Redmayne's Newt Scamander has more in common with Hagrid than you might expect.

Ever since Fantastic Beasts and Where to Find Them was announced, fans have been wondering how it connects to the rest of the Harry Potter franchise. Well, the second trailer is here, and it reveals some of Newt Scamander’s backstory as a former Hogwarts student.

Like Hagrid, Scamander was expelled for endangering students with a magical beast. And like Hagrid, he was supported by Albus Dumbledore, who at that point was still the Transfigurations teacher.

One question, though: if Newt Scamander’s suitcase has an anti-Muggle lock, then why didn’t he have it switched on the entire time? Does the entire plot of this movie hinge on the magical equivalent of a twenty-something forgetting to lock his door? Oh, Newt.