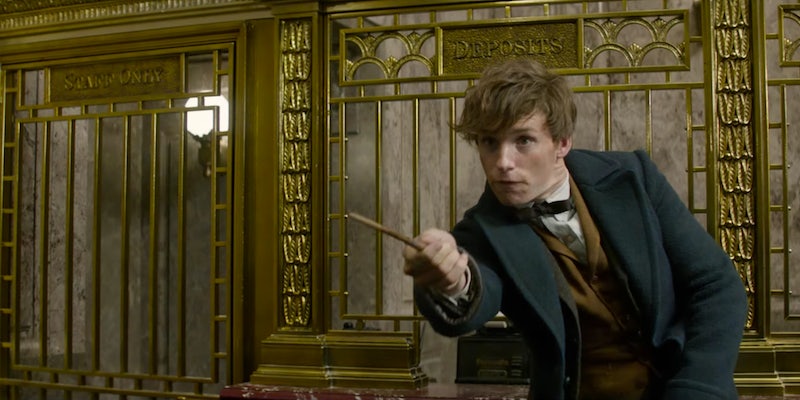 Google has plenty of tricks up its sleeve this November.

It’s easier than ever to purchase a wand nowadays, whether you’re going for a replica or a more creative option. But getting one to work like a real wand? Now that’s more complex, though Google is offering a magical alternative.

Google announced Tuesday that you’ll now able to cast spells on your Android smartphone (sorry iPhone users) with the help of OK Google, Google’s voice assistant. So far there are only a handful of spells available, but considering it’s arriving to our phones ahead of the theatrical release of Fantastic Beasts, it could always expand.

You’ll first need to turn on OK Google if you don’t already have it set on your phone. From there, you just need to say “OK Google” and then the spell. So far, you can command your phone with Lumos and Nox (which turn your flashlight on and off respectively) and Silencio, which silences your phone’s ringer and notifications.

But that’s not the only place you can discover the wizarding world in the Muggle or No-Maj world. Google confirmed that it added multiple locations that play a part in Fantastic Beasts to Google Maps including the Magical Congress of the United States of America, the apartment Tina and Queenie Goldstein reside in, the Blind Pig (a speakeasy the characters to go), and Steen National Bank, where Newt Scamander and Jacob Kowalski first meet. Users have the ability to virtually tour these locations and find all sorts of Easter eggs inside.

Google is also launching an exclusive sticker pack available in Google Allo, and will have a Fantastic Beasts virtual reality experience available to buy for Daydream View once the device goes on sale this month.