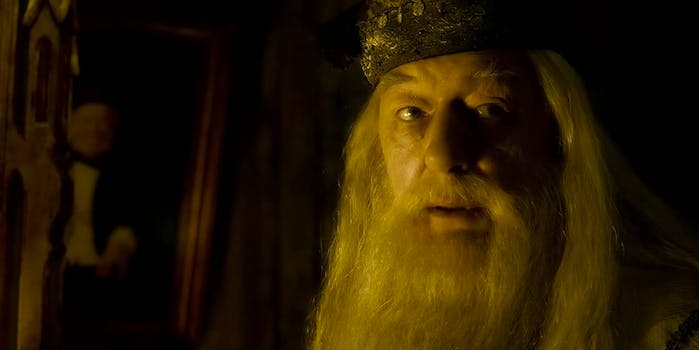 Director confirms a beloved wizard will appear in ‘Fantastic Beasts 2’

We haven't seen the first movie yet, and we're already excited for the second.

Fantastic Beasts and Where to Find Them doesn’t debut in theaters until next week, but we already have something big to look forward to in the next movie.

Director David Yates has confirmed to Screen Rant that a young Albus Dumbledore will appear in the second movie in the Fantastic Beasts franchise, after J.K. Rowling hinted that he’d reappear at a fan event last month.

“In the second movie Dumbledore comes back. He’s got a couple of good scenes with Newt… We’re discussing who would play Dumbledore, any suggestions would be good. [Laughs]”

Though Fantastic Beasts is set in 1920s New York City, Newt is a British wizard who attended Hogwarts. As a young Hufflepuff, he was taught by Professor Dumbledore, then in his very first job as a transfiguration professor at the school. (Harry Potter fans will remember that Professor McGonagall would later fill the position.)

It makes sense for the film to revisit the loved character, and not just to please fans. Before he was Hogwart’s headmaster and Harry Potter’s mentor, Dumbledore had a long and complicated history that includes one of the most important battles in wizarding history. There’s a very good chance he’ll play a critical role in the Fantastic Beasts series as it plays out over four more films.