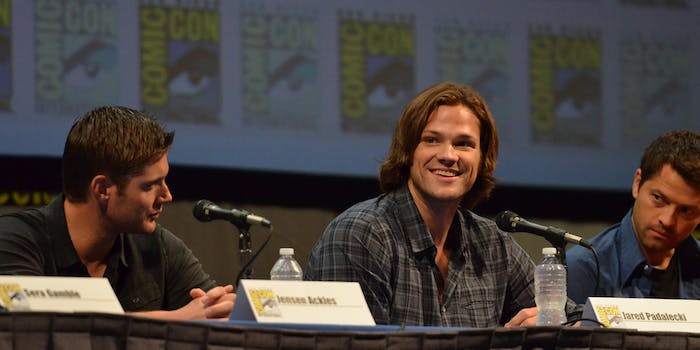 ‘Fangasm’ takes you inside fan culture, up close and ‘Supernatural’

"The thing is, it’s never a conscious decision: we don’t get to choose a fandom. It chooses us."

One glance at the cover of Fangasm and you might think you’re looking at a new Young Adult novel about two girls meeting a pair of hot boys on the coming-of-age road to wisdom. And in a sense, you wouldn’t be wrong. 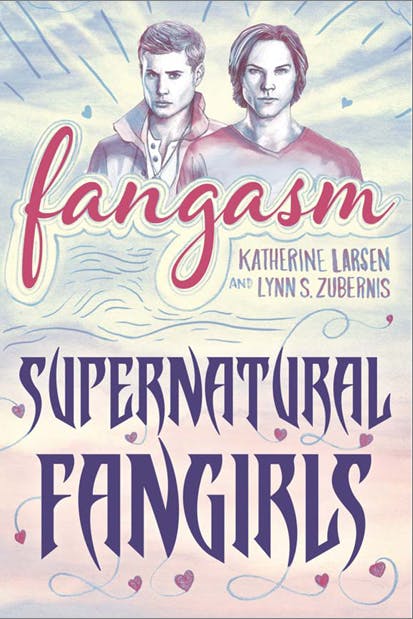 Fangasm: Supernatural Fangirls is very much about the journey of two (fan)girls through the roads of fandom, and the various corners of pop culture that it touches. But despite the dreamy fictional appeal of Supernatural’s cadre of hot dudes, the life lessons these women learn are real ones.

One of the side effects of a post-Fifty Shades of Grey world is the demand for pop culture books about fandom. These include Fic: Why Fanfiction is Taking Over the World and the recently announced Fan Fiction Studies reader, also from the University of Iowa Press. These works approach fandom from the standpoints of academics writing for a possibly mystified public. Most of them collect essays from knowledgeable academics about the basic principles and issues surrounding the fandom phenomenon.

Fangasm is to all those other books what Elle Woods is to Harvard. It unfolds like a nerdgirl answer to Hunter S. Thompson, only San Diego Comic Con has usurped Las Vegas as the desert mecca of the age and euphoria driven by slashfic replaces the drug-addled road trip. The fear and loathing has given way to squee and awe. It’s almost exactly as much of a pop culture manifesto as you’d expect from a book that doubles as a memoir about how two highly educated women with became obsessed with a show that airs on the CW Network.

What’s immediately noteworthy about Fangasm is that it’s every bit as concerned with schooling its audience in the general principles of fandom as other books, but it does so by dropping you into the melee of Comic Con and unleashing the concepts on you as experienced by its two bright-eyed protagonists, Lynn Zubernis and Katherine Larsen. Less than a page in, as a bedraggled Lynn and Kathy get in line outside the Supernatural Comic Con panel room—at 4 am, of course—the memoir busts out this gem:

The Powers That Be (TPTB) want and need to control the fans. The fans want and need to get close to the objects of their affection and are willing to do battle for that privileged position.

TPTB is a term of such inside baseball that the Daily Dot didn’t even include it in our basic beginner’s guide to fangirl terminology. But there’s a price for that kind of close-range study. At one point in Fangasm, the authors’ first publisher rejects nearly everything that makes the book sparkle: the regular academic perspectives, the embrace of racy fan practices, and any and all mention of controversy. That publisher’s loss is our gain: Fangasm isn’t just a book for fandom beginners, or for die hard fans, or for casual Supernatural fans, or studious academics. Somehow, it straddles numerous divides and finds itself accessible to everyone:

We couldn’t find ourselves—our fangirl selves—in the research. Some theories downright annoyed us. And most academics, we felt, had missed the point of fandom entirely, at least our version of fandom.

Fangasm’s version of fandom is female and fanwork-centric. It’s the kind of experience forged out of the depths of early Star Trek slash zines, evolved for Internet culture. The longer you move in online fandom, the more likely you are to have had countless experiences like the one Larsen relates of a friend asking in a breathless, worried undertone if she reads “the fan sites.” We aren’t yet comfortable admitting we know what fandom culture is, let alone that we’re actively involved. Fans—be they slash fans, Twilight fans, boy band fans, or any other kind—face constant dismissal and scorn from outsiders and popular media. Even with the mainstreaming of geek culture, fans, particularly female fans, have decades of censure to ward them off the fannish path. But as Larsen and Zubernis explain:

The thing is, it’s never a conscious decision: we don’t get to choose a fandom. It chooses us.

Fangasm is a title consciously chosen to evoke the sense of passionate desire of fans, a subject the book’s authors engage head on. Without apology, they describe zealotus fans and controversial subjects like Wincest and RPF (fiction about the actors themselves). The average reader, with no prior experience with Supernatural or the fandom, might feel lost in the monkey house. But the initial dizzying rush of anecdotes about Flying Fangirls and taboo fic subjects is all for the cause of getting to the good stuff. In Fangasm’s case, that’s a celebration of the female-centered community of fandom and a simultaneous critique of the social and internalized shame that women in fandom put themselves through. 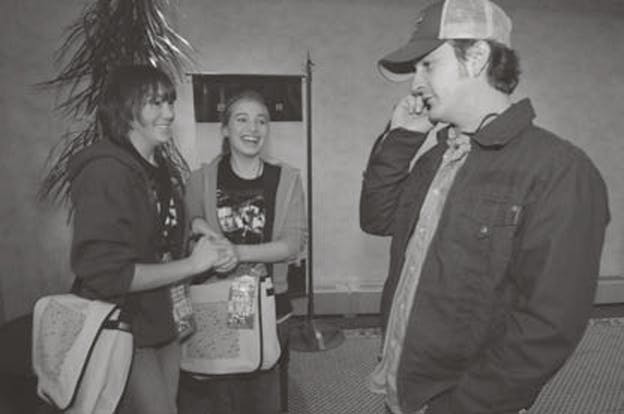 Even more importantly, they take on a taboo of their own: breaking with the academic custom of seeing oneself as apart from the culture. Larsen and Zubernis tell you exactly what their fan activities are (writing Wincest and slash RPF of the two actors who play the Supernatural brothers) and place themselves squarely in the middle of the culture they’re critiquing. It’s less difficult to find wiggle room to criticize fangirls for their enthusiasm when the fangirls aren’t screaming teens but, respectively, a psychologist and a literary scholar. And it’s harder to see fandom itself as a freak subculture removed from the doings of “normal” people when the authors drive their kids to sports practice and squabble with their jealous significant others. The authors also take pains to show the ways that fan behaviors can be painfully misconstrued. One fan who had been taking other fans to visit Supernatural’s Vancouver set for years was mortified to learn that members of the production studio saw her as a “crazy” fan who offered “free stalker tours.” In an email to the authors, she not only shares her frustration, but a bitter insight:

As it turns out, all one needs to do to be considered a stalker is to show up to watch them film more than once. (!?!) If I had known this before it would have had a huge impact on my actions over the past year, but I always thought I was a good little fan who stayed out of the way and presented a positive voice online. Shows how much I know! lol. Apparently I’m public enemy #1 and the most feared fan in all the world! It’s funny, but the more I think about it, the more angry I get….  If I were a sports fan, would I be considered a stalker if I went to the practice games? I mean geez, what kind of a crazy person would be interested in seeing a preview of the action before all the regular fans?

Many of the insights in Fangasm will be familiar to fans who’ve had to voice similar defenses.

While fans reading from a more academic perspective might tune out during the details of numerous encounters with Supernatural actors and crew, Misha Collins fans might lament that he doesn’t occupy more of a central role in the narrative of these two unabashed J2 fans. (To which we say: Destiel fans, please write your own memoirs, and we will read them.) But what Fangasm delivers superbly is relatability that’ll be easily recognized by any fangirl. There’s a joy to seeing yourself in its two authors. Between giving the public an up-close view of the fangirl, and delivering plenty of anecdotes for Supernatural’s large fanbase, Fangasm has plenty of revelations for readers—especially those seeking to understand the fans in their own lives.