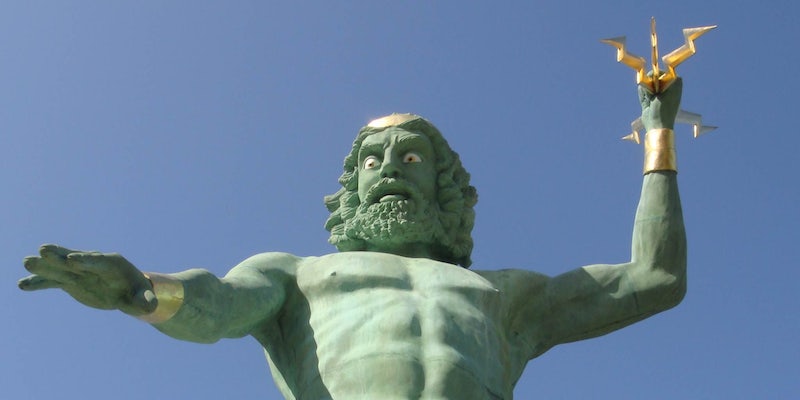 Earlier this year Yahoo bought Tumblr for $1 billion. That was pretty shocking to many onlookers in the business world, who thought the community had no real substance.

But anyone who dismisses the value of Tumblr as a promotional and marketing tool might want to ask author Cory O’Brien what he thinks. When Tumblr discovered his book, Zeus Grants Stupid Wishes, the community turned  it into a viral sensation and overnight bestseller.

Zeus Grants Stupid Wishes: A No-Bullshit Guide to World Mythology is the book form of O’Brien’s site Better Myths, where he retells mythology and other popular tall tales using casual netspeak, as though he were recounting the story to you over IM. Classic myths like Persephone’s journey to the underworld and Abraham sacrificing Isaac get the raucous, rowdy, and irreverent treatment. 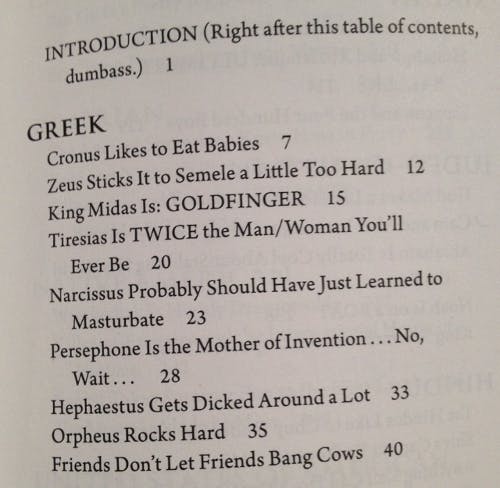 The fine art of irreverently recounting well-loved stories has become a fandom staple. So it’s no surprise that when a Tumblr user with the handle the-writers-ramblings picked up a copy, the delight was contagious. “I can’t even make it past the table of contents im laughing too hard,” the user wrote.

The rest of Tumblr apparently agreed. The-writers-ramblings’ post garnered over 100,000 posts in under two weeks, catapulting O’Brien’s oeuvre to the top of Amazon’s bestseller list.

“My copy of this arrived last night and we stayed up late reading it outloud on the couch because it is amazing,” gushed Tumblr user braro. “Funny, interesting, and written so that you can read it out loud while still sounding like you are just having a conversation or telling a story.

“The effect was that sales tripled,” O’Brien told the Dot. “It went to the top of the Amazon list and all kinds of friends I hadn’t talked to in a long time were coming out of the woodwork and being like, ‘hey, I heard you had a book out,’ or ‘I ran into somebody in Idaho who knows who you are,’ which was really cool.”

Naturally, on discovering the Tumblr boost, O’Brien responded in a calm and mature fashion befitting his profession:

HOLY SHIT MY BOOK IS THE #1 AMAZON BEST-SELLER FOR MYTHOLOGY. I AM > JOSEPH CAMPBELL. THANK YOU TUMBLR. THANK YOU ALL. 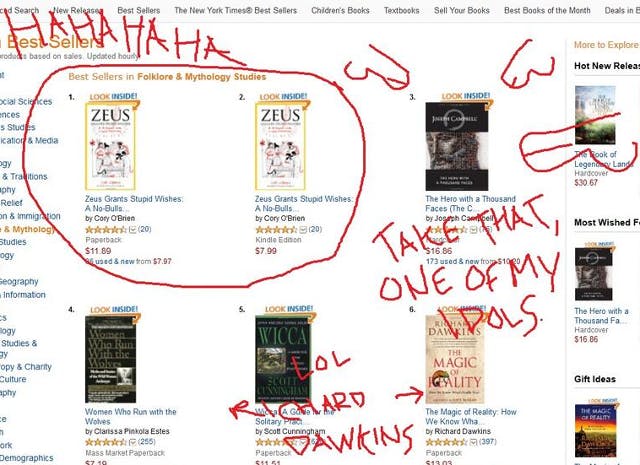 O’Brien told the Daily Dot that he had no idea that his post had gone viral on Tumblr until someone pointed it out to him on Twitter.

“I know very little about Tumblr,” he said. “I’m trying to start a Tumblr now but I feel like there’s a lot I have to catch up on.”

If he didn’t know about Tumblr, then, what other communities and inspirations did O’Brien draw from? “The book is an outgrowth of my website, and the website is really an attempt to write about ancient mythology like it was 3 o’clock in the morning and I was on chat.”

In fact, that’s how the whole website started, with O’Brien telling a friend the story of Tiresius. While he studied the classics in college, O’Brien said his real inspiration came from his father, who runs a theatre company in Los Angeles that retells myths for children. “That’s where I first learned to love myths.” 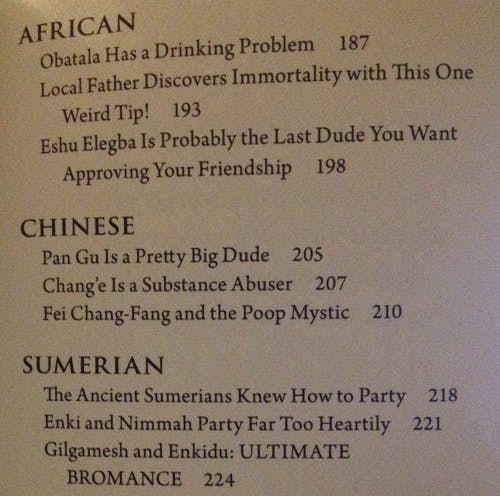 O’Brien feels Tumblr is well-suited to the kind of passionate embrace of learning about history and culture that his book was attempting to tap into. “I feel like studying myth in college is the most efficient way to destroy love for it,” he says:

A lot of times in academia, just going through school you’re learning the bare minimum you need, and it doesn’t encourage that same kind of fervor that people get in fandom. If you’re a fan of mythology, you’re definitely going to be more passionate than a scholar.

O’Brien believes the current resurgence in mythology in pop culture with phenomena like Thor and Avengers have helped the success of his book. He also credits perennial obsession with Greek history and culture, and says his book is a part of a new movement of conversational educational guides, like the Oatmeal’s championing of Nikola Tesla and various Abridged History-style reenactments like the Vlogbrothers’ Crash Course.

He’s also aware that there’s a close connection between this kind of storytelling and fanfiction, one of Tumblr’s most popular pastimes.

“When you retell something as opposed to making something up whole cloth, you have an automatic connection with your audience. You get so much power—by doing so little, you can do so much.” 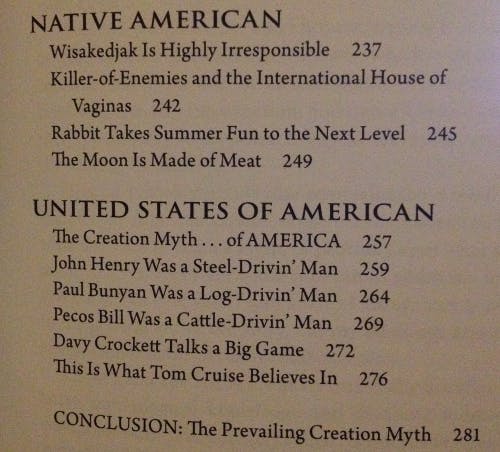 O’Brien says that he hopes to follow up his mythical success with a book devoted to doing something similar for computer code. When he’s not retelling myths, O’Brien is a coder himself who teaches writing at the Art Institute of Chicago. He also does woodworking.

“I’m basically a wizard,” he says.