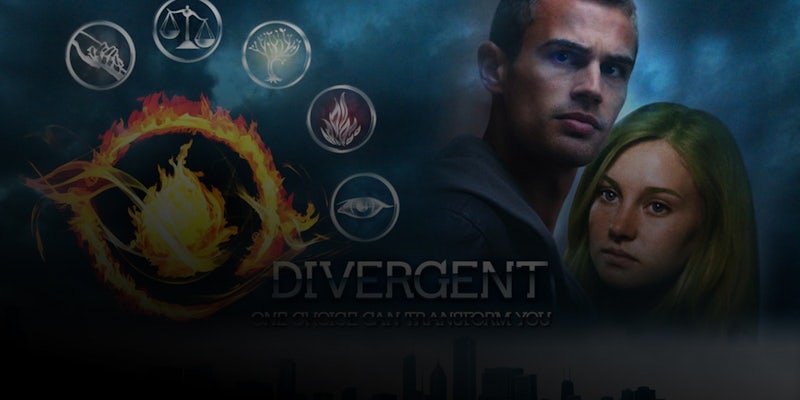 Why did this author do a 180 in her stance against whitewashing?

Veronica Roth once vowed to fight whitewashing in any Hollywood adaptations of Divergent, but now she's gone back on that promise.

What makes a fandom indifferent to issues of social justice in its own backyard? In the case of Veronica Roth’s Divergent fandom, fans have responded with a collective shrug to an issue that’s proven extremely divisive in other fandoms: the whitewashing of one of its main characters in the novel’s upcoming movie.

In recent years, fandom has played a major role in holding Hollywood accountable and raising alarm over casting issues. Racebending.com has become an important website devoted to chronicling Hollywood’s longstanding pattern of “whitewashing,” or casting white actors in the roles of characters who were originally written as other races and ethnicities. Racebending would not exist without fandom—specifically the fandom for Avatar: the Last Airbender, whose community was so incensed by M. Night Shyamalan’s 2010 flop adaptation for casting white actors against a background of ethnic extras that it protested for years, in a sustained cry of outrage that has yet to wane.

“Racebending” has now become a widely used term. Outside of fandom, it generally refers to Hollywood whitewashing, or to a white actor in yellow/brown/blackface. Within fandom, it generally refers to fans deliberately fan-casting a character against the default of a white actor playing a white character. Two recent trends in this direction are the widespread multicultural fancastings of Welcome to Night Vale’s Cecil Baldwin and Newt Scamander of the newly announced Harry Potter franchise spinoff film Fantastic Beasts and Where to Find Them. In these cases and many others, fans have gone out of their way to look beyond the ready crop of famous white actors and seek other, overlooked actors to play these parts. Recently on her Tumblr, seekingwillow wrote about how important these fancastings were to her as a statement of Tumblr fandom’s desire for diversity:

In order to enjoy most media these days? I turn to tumblr (and other sources) for the PoC Exist Universes…. Where Hermione’s got afro friz, and Wentworth Miller is a Harlem Renaissance Sherlock Holmes and Newt Scamander’s a Black Brit gone to 1920’s NYC, and Khan is still a PoC South Asian.

The increased emphasis on diversity has led some authors with close fandom ties to make a commitment to writing main characters who are Asian, black, and brown. But not all fandoms and authors share the same level of commitment. Young adult author Veronica Roth’s bestselling dystopia Divergent has a main character of color—but it’s not exactly directly stated in the series. Discerning readers noted that Roth’s main character Tobias, aka “Four,” was never explicitly mentioned as being white. After affirming in a Tumblr post last year that the character was actually biracial, Roth noted that she pictured him having light skin but later vowed to “use her words” to make sure that her wishes for a diverse cast were known in the event of a movie.

“I really hate whitewashing,” Roth wrote. “I really do. It’s VERY important to me that it not happen.”

But when the announcement of Four’s casting came in March, Roth’s priorities had shifted:

Recently I saw Theo James’ screen test with Shailene Woodley, and I was sure within seconds: this was ‘Four,’ no question. Theo is able to capture ‘Four’s’ authority and strength, as well as his depth and sensitivity. He is a perfect match for Shailene’s incredibly strong presence as Tris. I’m thrilled!

The problem? Theo James is white. But as the buzz around the movie and its casting has grown, criticisms from the Divergent fandom about James’s casting have quickly fizzled out with nothing more than a few plaintive mentions here and there:

But while a few fans have flatly declared they’re “not paying to see that mess,” and some have explained at length why whitewashing is harmful, many more have flatly defended the casting. Since the author declared on her Tumblr, and not in the text, that the character is biracial, some fans have rejected that version of the character. Calling the discussion “this whitewashing bollocks,” the fandom Tumblr the-divergent-faction posted at length in defense of their personal “headcanon” for Four as being white:

I cannot recall anywhere in Divergent,that mentions the colour of Tobias’s skin, we have only established that he has Olive type skin from Veronica Roth’s Tumblr. And from what she describes, it sound’s like Evelyn is Hispanic looking and therefore Tobias has slight Hispanic colouring. what if people never had a Tumblr Blog and never found this out? what then? would they still be “racist”?

as far as i am concerned, Four’s skin colour was never mentioned in the book, therefore in the teeny tiny little braincell that holds my imagination, Four is prancing around in there, holding a loaded gun, as an olive skinned white person. Does that make me racist?

Four is biracial. Theo James looks biracial to me.

But the problem with a whitewashed casting isn’t just that it conflicts with what may be fans’ depiction of their favorite character; the bigger problem is that it deprives actors of color of much-needed opportunities for employment, while denying audiences of color the chance to see themselves represented onscreen and in fandom.

Since the first casting news surfaced, the Tumblr whitergent has been devoted to calling out not only the instances of whitewashing in the movie casting, but fan-castings of white actors in roles that haven’t been cast yet. In addition to Four, a number of other side characters are non-white, but fandom hasn’t quite gotten the memo, and Roth continues to assert how happy she is with the casting and other areas of production.

Meanwhile, a fan who wished to remain anonymous told the Daily Dot that few people wanted to make an issue of the casting given Roth’s backtracking on the subject:

I have asked other people–even some YA authors I hoped would listen, but they said they wouldn’t speak out against Veronica Roth or her group of friends because they were too big a part of YA…. As someone who considers myself to be an ally I am so so sad. I really loved these books but now I will never be able to read them again.

Especially ironic is that the main characters of Divergent belong to a faction called Dauntless, one that prizes courage, bravery, and truth-seeking over all else. A core part of the Dauntless manifesto is the mantra, “We believe that cowardice is to blame for the world’s injustices.”

And, in this case, perhaps, the indifference of a fandom.