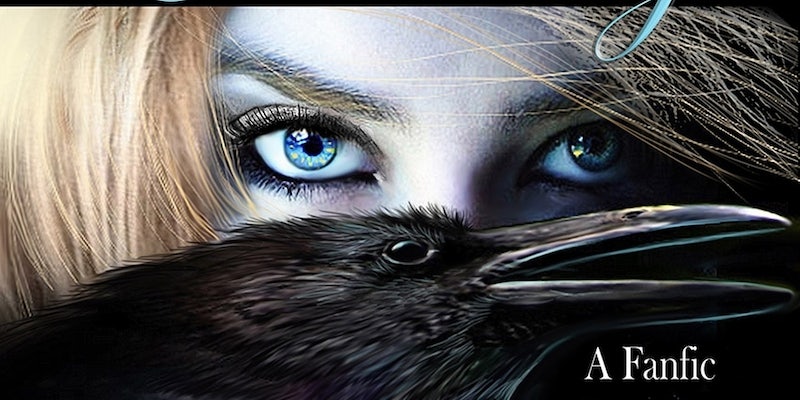 LJ Smith's publisher tried to cut her out, but she used fanfiction to get the last laugh.

Brace yourselves, fans: Kindle Worlds, Amazon’s write-for-hire publishing platform disguised as a friendly attempt to pay fans for writing fanfiction, has actually led to some amazing writerly justice for the creator of the Vampire Diaries.

LJ Smith, the original writer of the popular Vampire Diaries books, was fired from the series in 2011 after churning out regular installments for over two decades. But now, using the Kindle Worlds platform of the company that hired her, then fired her, Smith is writing “fanfiction” of the series she created.

In a moment of beautiful karma, Smith’s two installments of Vampire Diaries tie-ins, wryly labeled as “fanfic based on the Vampire Diaries book series—also by L. J. Smith,” are currently topping the list of bestselling stories on Kindle Worlds.

Fans of the hit CW show may not realize that Smith’s name is missing from the credits. Instead, the Vampire Diaries is the product of a clever book packaging company who’s spent decades producing hit Young Adult series and turning them into popular screen adaptations. Although HarperCollins published the series in book form, Smith was actually hired to write the Vampire Diaries for Alloy Entertainment, whose fiction-by-committee efforts have led to some of YA publishing’s most popular series, including Gossip Girl, Pretty Little Liars, and The Sisterhood of the Traveling Pants.

But when Alloy hires you to write a series, make no mistake: You work for Alloy, not the other way around. Alloy hires writers through restrictive work-for-hire contracts. The writers don’t own the intellectual property they’re writing, and only get about 50 percent of the total profits. Alloy usually hires young, inexperienced writers who get seduced by the lure of working with a powerful entertainment arm, and don’t realize what it means not to own the property you’re working on.

In Smith’s case, it meant that writing one of the most successful Young Adult series on the market didn’t actually give her job security. Hired to write the series in 1990, Smith spent two decades churning out regular installments of Vampire Diaries.

In 2011, Alloy fired her and replaced her with a new writer, reportedly because they wanted to revamp the book series to be more like the version airing on the CW. For years, Smith’s story was a cautionary tale in the world of publishing: a reminder to always read the fine print before signing a contract. Alloy went on to bring yet another of Smith’s early contracted series to the small screen, though The Secret Circle was canceled after just one season. And while Smith did own the rights to her later work, including the bestselling Night World series, she remained justifiably bitter at her ousting from the series that made her famous.

“I never imagined that while I wanted and was eager to write these books the carpet could be yanked out beneath me,” Smith wrote after the fact in an interview with Bookalicious. “I assumed I’d be able write the endgame. Damon would end up with one of the girls, Stefan would end up with Elena or die…I don’t know what would have happened…but it would be my channeling of the spirits, my choice, not that of a ghostwriter who hardly knows the series.”

Smith went on to add that while “I ache all over” to write more of the series, “I’ve run out of Plans. I don’t know how to make Harper and Alloy want me, not just my name.”

Enter Kindle Worlds. Alloy was one of the first companies Amazon partnered with when it launched its controversial program last year to allow fans to write and publish fanfiction—so long as they adhered to guidelines firmly established by the rights holders, that is. Ever a lover of work-for-hire contracts, Alloy opened the gates for fans for each of its popular network television properties to upload fanfiction on the website that other fans could then pay for. Of course, you won’t find any of the more racy or edgy kinds of fanfiction on Kindle Worlds’ color-within-the-lines model of fic writing: but then Smith created the lines to begin with. For her, Kindle Worlds was the perfect opportunity to have a say in the series again.

Two weeks ago, Smith released the first of two new installments of her version of the series, which she’s calling Evensong: Paradise Lost and War of the Roses. The new books pick up the Vampire Diaries following the end of Midnight, the last book in the series that Smith wrote before she was fired. According to her Facebook announcement about the series, Smith will publish one more title in the Evensong arc, and then hopefully write her version of the “endgame,” which will allow fans to see how she would have ended the series all along.

Given her books’ rise to the top of the Kindle Worlds charts, it seems that fans are all too happy to embrace Smith’s return to the series, however circuitous a route she took to get there. And her story also proves what fans have long known: the dividing line between fans and creators was never as hard-and-fast as you might think.