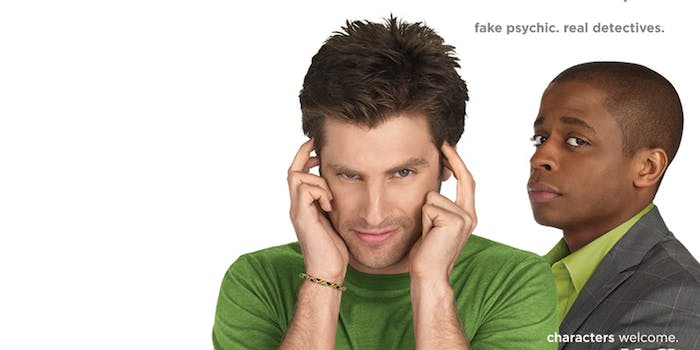 So long, Gus and Shawn.

It’s no Psych-out: the show that taught you how to tell when people are lying and confirmed that you will never be as well-dressed as Dulé Hill is officially ending in March.

Despite strong ratings, a highly praised Clue parody episode, and an elaborate musical that rivaled “Once More, With Feeling,” the eighth season of USA’s Psych is its last. After actress Maggie Lawson, who played lead James Roday’s longtime girlfriend on the show, left the cast briefly to star in ABC’s Back in the Game last year, fans feared it might come to this: A truncated season 8 seemed to indicate that the creative team was winding down.

But even though the cancellation was predictable, Psych’s fanbase is heartbroken. As rosemarysbaby13 on Tumblr put it:

“pretty much knew this would be psychusa last season still it hurts to hear it officially..Psych-O from the start, till the end.. Psych-O forever” 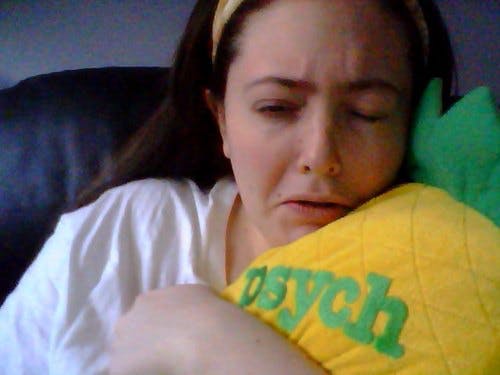 Many fans seemed to feel the cancellation particularly deeply even though most seemed to agree Psych had a great run. After all, with its mix of quirky characters, fun mysteries, rampant parodies and geek culture references, and the lovely bromance between Roday and Hill, there really was nothing else like Psych on television. “Psych was there when I needed to laugh during dark times and to be quite frank I don’t laugh easily but the show did one thing many could not,” wrote im-the-good-guy. “And to suddenly be told that after eight years of laughter and tears that its ending…breaks my heart.”

The cast had nothing but love for the fans after the announcement:

Love you guys. And still plenty of delicious flavor left to suck on. We’ll do it together and #suckiiiiitforever.

Had a blast #Psych-O’s! Get your pineapples ready and get ready for tonight cause #TheBlueberryIsBack! #WWGD

Psycho’s–We have an unbreakable bond of shared joy, laughter and tears. Nothing is forever except that bond.

Additionally, Roday and Hill filmed a special love letter to their fans about the announcement:

But through the sadness, fans laughed their way through tonight’s rerun, a hilarious parody of Lock, Stock, and Two Smoking Barrels that also manages to be a love song to Harry Potter.  That blend of zany meta references and affection for pop culture is the magic of Psych—and the reason it’s easy for some fans to let go. “As sad as I am to hear that Psych is ending, I feel like now is the time,” wrote emily–writes on Tumblr.

“We’ve had 8 seasons (8!) with Shawn and Gus and the rest of the cast, and I’d honestly rather have the show end now on a good note than see it stretch on for another few seasons and potentially lose the special qualities that make it so great.”

“okay so now everyone knows this is officially psych’s last season. you know what that means, right? it means instead of being sad for an amazing show we should celebrate the last episodes we have of psych season 8. enjoy them now and re-watch and re-watch til you get tired of them ( which i hardly think is possible ). but overall it’s gonna be okay but only sort of okay cuz an amazing show is coming to a close. the only thing we have to do is remember it well.”

And Twitter user @KimCheeTree summed up Psych’s bright side with a quote from the show itself:

“Don’t cry because it’s over, smile because it happened.” #PsychFarewell @Psych_USA