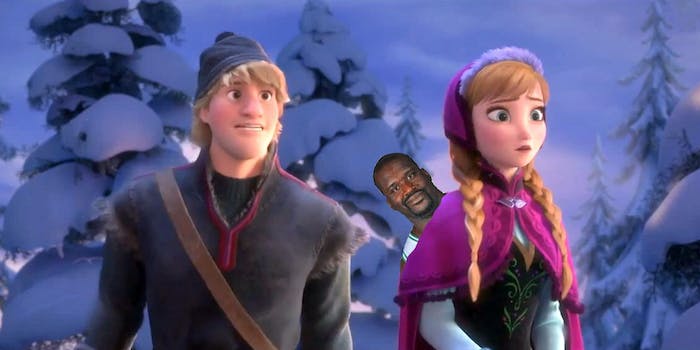 This is the one fatal flaw that ruined Disney’s ‘Frozen’

Hint: It's the same problem with any movie that isn't Kazaam.

After more than a year of intense scrutiny and controversy over everything from its all-white cast to its animators’ baffling inability to animate female characters, Disney’s Frozen is an unmitigated success.

Since its Thanksgiving debut it’s continually topped the winter box offices, spawning a vibrant fandom and teetering on the brink of becoming the most-profitable film in the mega-mouse’s history.

But all this time, something was horribly wrong with Frozen—something the masses who flocked to the theaters never saw.

Now, thanks to one brave Tumblr, we know what it is. 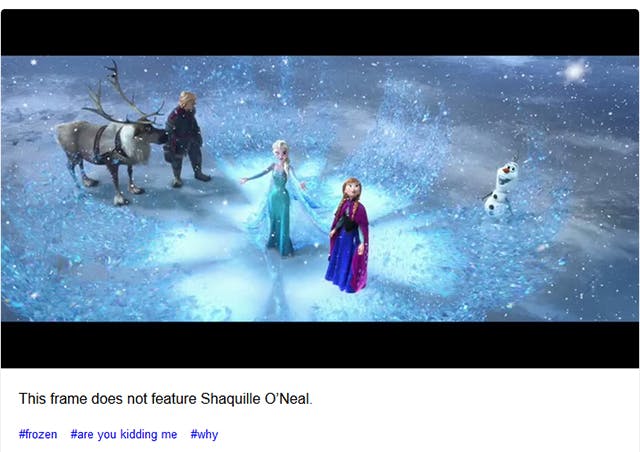 That’s right, princesses. While you were screaming about “Let it Go” losing a Golden Globe, little did you know that you’d already lost out on something much, much bigger. 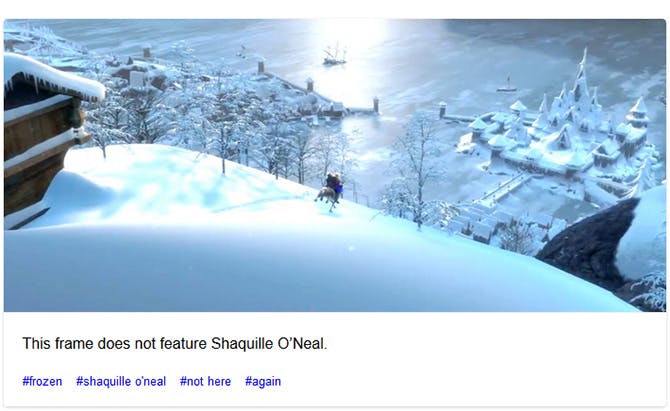 Hurts, doesn’t it? All this time, you were mad because Disney could make millions of perfect individual snowflakes but only one Disney princess face, when the real crime? Zero Shaqface. 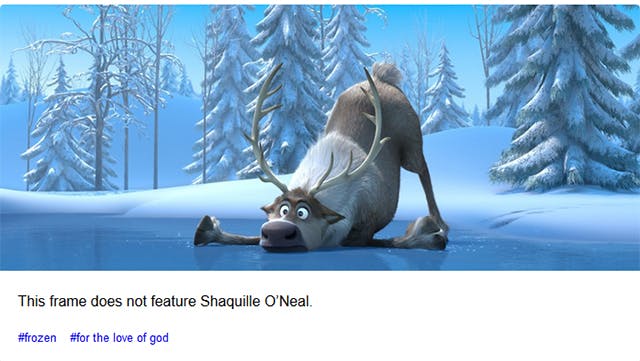 Yeah, you heard me. Swim in that guilt. You want to talk unforgivable omissions? Forget having three Disney movies in a row that feature only white people. Frozen without Shaquille O’Neal is like Space Jam without Michael Jordan. Like Lord of the Rings: the Two Towers without Larry Bird. Like There Will Be Blood without Tim Duncan. 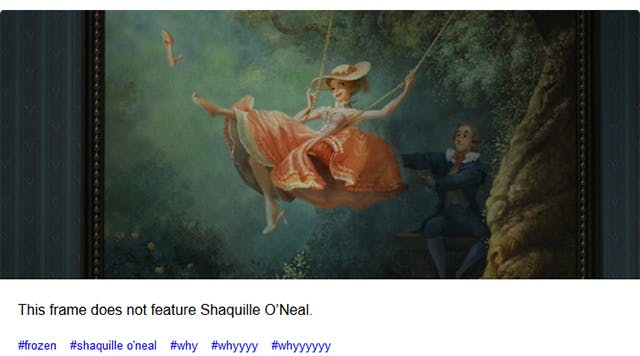 “Here comes the most complete log of the laziness exemplified in Disney’s Frozen,” reads the Tumblr, everythingwrongwithfrozen. It was created a week ago, undoubtedly in the middle of the owner’s existential crisis. After all, if Disney can abandon Shaq like this after the success of Kazaam, is nothing sacred? What’s next, dropping Julie Andrews off at a highway fruit stand and leaving her to beg for tuppence? Making High School Musical 16 and refusing to let Miley Cyrus make out with Selena Gomez? 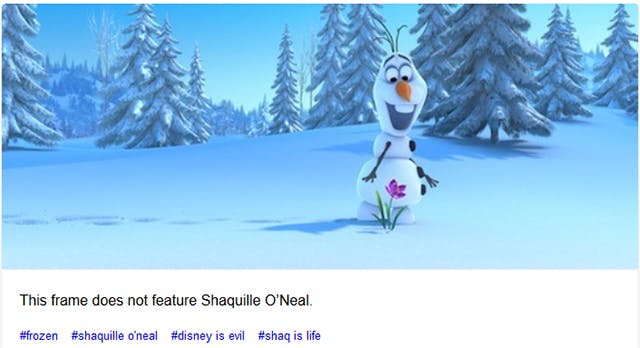 Seriously, just leave us here to die while you recite the “To the Pain” speech from Princess Bride, a movie which incidentally gave us one of Shaq’s finest performances, along with Helena Bonham Carter, Sir Alec Guinness, and Benji the dog.