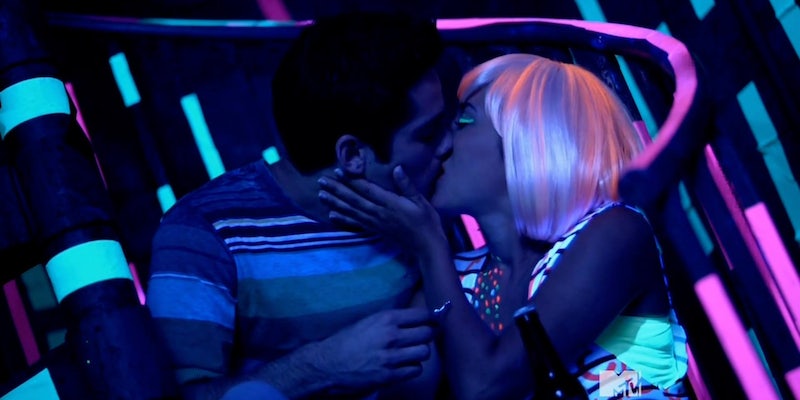 Quinn Wentz's "War" has even inspired fan videos of its own.

Few people would accuse MTV’s Teen Wolf of ignoring its fans. Along with running one of the most fandom-relevant Tumblr accounts in the business, it’s even invited fans to have cameo roles on the show. Now, it’s advertising new episodes with fan-written songs.

Written and recorded by Teen Wolf fan Quinn Wentz, “War” was inspired by the trailer for season 3B, which began airing earlier this month. Wentz’s original video has been viewed over 17,000 times and has inspired fan videos of its own. The neon aesthetic was based on a scene from the most recent episode, making this 16-second promo all the more fitting in context.

Wentz may not be the only Teen Wolf singer-songwriter out there, but the production values on his music are definitely good enough that “War” sounds exactly like the kind of song that would actually be featured on Teen Wolf. Which is kind of the point, we suppose. And there’s already a followup: “Breathing Slow,” a song inspired by the relationship between Teen Wolf’s Scott and Allison.