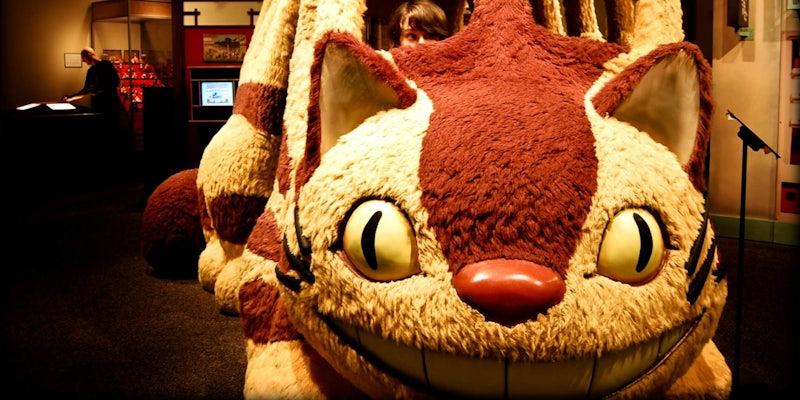 The studio that brought you ‘Spirited Away’ is taking on television

The much-loved Studio Ghibli is trying something new.

When anime pioneer Hayao Miyazaki announced his retirement last year, many feared that his legendary animation company, Studio Ghibli, might not last after his departure. But the company that produced such iconic films as Grave of the Fireflies, My Neighbor Totoro, and Spirited Away is refusing to close up shop. In fact, it just announced its most ambitious project ever: its first full television series.

Anime News Network reports that Miyazaki’s son Goro Miyazaki (Tales from Earthsea) will direct Sanzoku no Musume Ronia, an anime scheduled to premiere on Japanese TV networks NHK and BS Premium this fall. The series will be based on Ronia the Robber, a popular Swedish children’s fantasy from Pippi Longstocking writer Astrid Lindgren.

The original story centers on a girl who jeopardizes her destiny as the leader of a clan of thieves when she forms a friendship with a boy from a rival clan. Io9 translates the series summary from Mantan Web:

“The story is of a little girl named Ronia, the daughter of a colourful robber chieftain who lives in a castle high on a rock in a dark pine forest. She gets to know the creatures of the forest, meets another kid like herself, and questions her father’s life of robbery.”

Ronia promises all the staples we’ve come to love from Ghibli: woodland landscapes, magical creatures, coming-of-age narratives, and a main character who’s an adventurous young girl. Anime News Network reports that Goro Miyazaki described the series as “a story about the love and growth between a parent and a child, and a story about the bonds between friends. My goal is to create a work that everyone, from children to adults, will be able to enjoy.”

Given the studio’s track record, that shouldn’t be too hard. In 2010, amid reports that the elder Miyazaki was prepared to close the studio if his next film didn’t do well, The Secret World of Arietty was one of the top 5 films of the year in Japan and grossed over $145 million worldwide. The studio’s most recent film, The Wind Rises, has received critical acclaim as well as an Oscar nomination for Best Animated Feature.

Sanzoku no Musume Ronia will be animated by Polygon Pictures in partnership with Studio Ghibli and filmed in 3D CG.