Meet the ‘Star Wars’ character named after a fan on Tumblr

If you’ve ever wanted a character named after you in your favorite fandom, then you better make your passion for that franchise felt online. That’s how Star Wars fan Lizzi received the honor this month.

She shared not just her passion for the series over the years but also her unique love of two not-so-popular alien species, Neimoidians and Duros. She started the first website dedicated to them, then a Tumblr, and eventually a Facebook page which all grew into a welcoming niche community for fellow fans.

Lizzi told the Daily Dot she’s been a fan of these two species since she first saw Star Wars at age 4. The Cantina scene in particular resonated with her.

“In such a chaotic and colorful scene, my tiny four year old brain picked the Duros out of all the creatures and characters in that scene, and I remember looking for them and liking them every time I re-watched Star Wars,” she said. “As for the Neimoidians, I remember liking them the first time I saw Episode I at age 7; however, I didn’t become a full blow-fan until I was 13, and at 18, the obsession went into full throttle, and continues to this day.” 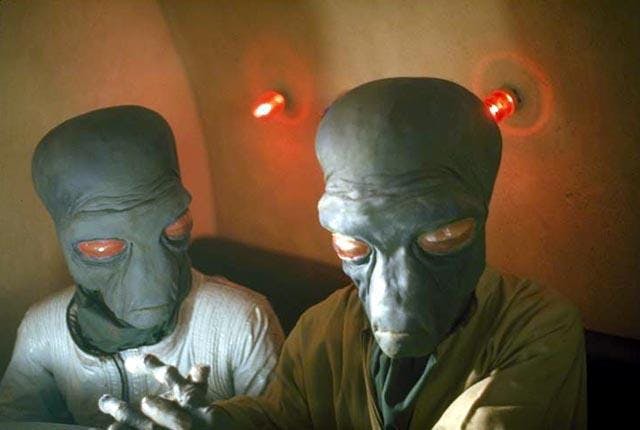 It was at that point that she stopped wavering on what subject to dedicate her Star Wars website to and settled on the aliens. Her goal has been to portray Neimoidians in a better light.

“That’s been the theme with this passion as a whole: I had completely expected to be a bit of an outcast in the fanbase, given how hated the Neimoidians were; however, the response from almost everyone has been intrigue, interest, and support,” she said.

Ever since she’s been deeply involved in the fandom and her passion hasn’t gone unnoticed. Tim Veekhoven, president of the Belgian Star Wars fan club Teekay-421, asked her to create the back cover art for an issue of their magazine in 2011 and the two stayed in touch. Veekhoven, also one of the writers for the series’s official magazine, Star Wars Insider, then consulted with her on an article about Neimoidians. Her name couldn’t appear in the credits, so instead they came up with some alternatives. Another writer, Kevin Beentjes who created the magazine’s “Rogues Gallery” feature, suggested Zill Kartay as a tribute to her.

“I created the name ‘Kartay’ in late 2012, as a Neimoidianised version of my own surname, and ‘Zill’ is simply the L and Z in my own name reversed, and the name stuck!” Lizzi explained.

Then this winter Veekhoven said there would be a surprise in the magazine for her, and two days after Christmas she saw a near-finished “Rogues Gallery” feature with a Neimoidian given her tribute name, Zill Kartay. 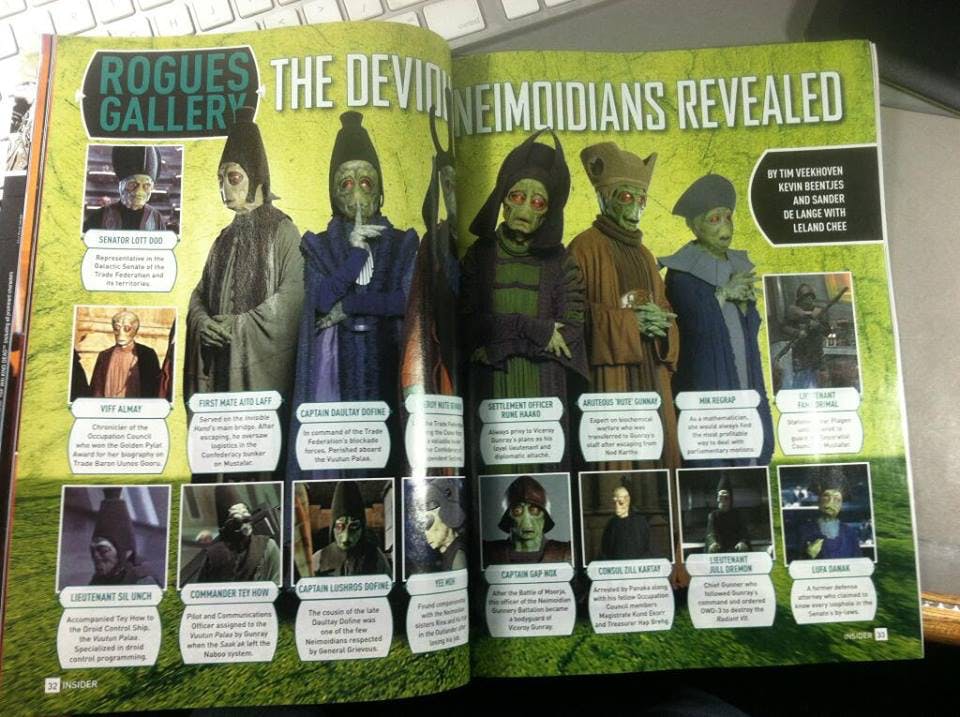 “I was almost in tears when I saw the name, and I’m still pretty much speechless about it,” Lizzi said.

She was told to keep it a secret until the issue was released this month. While it’s been released in the United States, the magazine doesn’t come out until Friday in the United Kingdom, so Lizzi hasn’t seen a physical copy of it yet. She has, however, seen scans, a PDF, and her character’s entry in the Star Wars Wiki, Wookieepedia. The character, Consul Zill Kartay, is actually seen a few times in The Phantom Menace as part of the Occupation Council of Neimoidians who accompany Nute Gunray and Rune Haako to Naboo. You can see the character standing in the background at the 1:50 mark in the video below.

Lizzi said she looks forward to being one of the first to pick up a copy of the magazine once it’s released in the U.K.

“I started out four years ago—almost to the day—as just an admirer and fanartist, and I never, even in my wildest dreams, would have thought that anything like this would ever happen,” she said. “I literally could not have done it without the support of my friends, and fellow Star Wars fans. Neimoidians are love!”

Photos via Neimoidians and Duros/Facebook