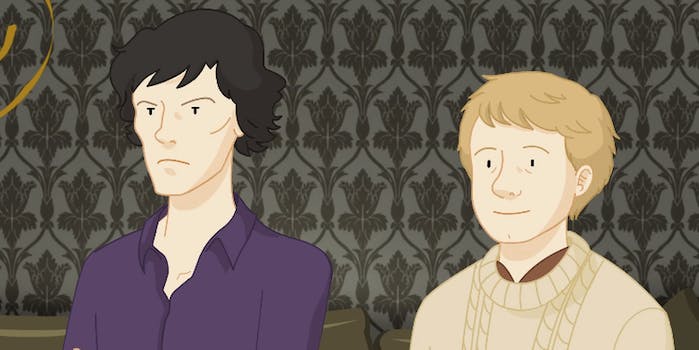 Why you should never watch TV with Sherlock Holmes

Sherlock! Enough with the spoilers!

After 2 years and one dramatic fake death, Sherlock Holmes is back on the BBC and back in John Watson’s life.

Great! Now the dynamic duo can catch up on all the TV they’ve been meaning to watch.

In the latest video from the Internet’s foremost fangirl animator, Leigh Lahav, Sherlock absolutely ruins every show John has DVR’d, from Breaking Bad to Mad Men, with his incredible powers of deduction.

There are no Sherlock season 3 spoilers here, but a bigtime spoiler alert for everything else on TV.