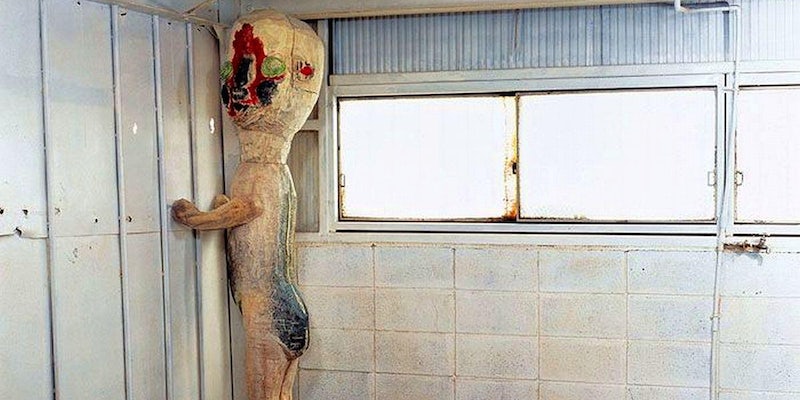 Meet the secret foundation that contains the world’s paranormal artifacts

What is the SCP Foundation, and what is it protecting and containing?

Part wiki, part roleplaying game, part storytelling community, the SCP Foundation has spent the past six years lurking in one of the darkest corners of the Internet.

Caught in the sweet spot between “cool enough to keep attracting new members” and “obscure enough that no one is likely to Kickstart a documentary about it and ruin everything,” the SCP Foundation is a phenomenon that combines creepypasta—the Internet’s version of campfire horror stories—with the obsessive culture of Wikipedia editing.

SCP stands for either Secure, Contain, and Protect (the main aims of the Foundation) or Special Containment Procedure. But what is the Foundation, and what is it protecting and containing?

To an audience that’s already familiar with Torchwood or The X-Files, the basic concept is easy enough to understand: the SCP Foundation is a secretive, quasi-governmental organization that locates, captures and contains dangerous supernatural creatures, people, or artifacts. Think Joss Whedon’s Cabin In The Woods, or Warehouse 13.

Their official mission statement is as follows:

“SCP artifacts pose a significant threat to global security. Various agencies from around the world operate to maintain human independence from extra-terrestrial, extra-dimensional, and extra-universal threat. In the past humankind has been at the whim of these bizarre artifacts and similar phenomena, but we have now reached a point in history where we can begin to control and contain these defiances of natural law.

The main site has the bare-bones look of any wiki, probably because it doesn’t need bells and whistles to attract attention from new participants. Several people apply to be “agents” every day, and the site has inspired an active role-playing community, hundreds of short stories written about the Foundation’s fictional activities, a Soundcloud archive of audio reports from “agents,” and several free indie video games. In 2014, SCP fans even hoping to open a haunted house attraction based on the site.

At the core of the SCP community is a wiki of “reports” concerning paranormal events and artifacts, detailing their history and advising other agents on how to maintain security. This may sound a little dry at first, and superficially speaking, it is. But once you start reading, you begin to realize that this site is packed with some of the most uniquely compelling horror writing on the Internet. It’s like a formalized breeding ground for new creepypasta stories, populated by the cast of Welcome to Night Vale and with the humorless Agent Kay from Men in Black as moderator-in-chief.

There are about 2,000 SCP dossiers in total, most of them including logs of scientific experiments alongside the containment advice for each artifact. The Foundation seems to have an inexhaustible supply of Death Row inmates to use during potentially lethal experiments, which is just as well, because many SCPs generate a blockbuster horror movie body count.

And we’re not talking werewolves or cursed VHS tapes, here. SCP writers seems to pride themselves on producing intensely odd, surreal, and often disturbing concepts, although very few rely on crass gore or shock value for their impact. Some of the most popular SCP pages include:

On a scale of impenetrable Internet subcultures, the SCP Foundation fits somewhere in between the Dwarf Fortress player community (not for the faint of heart) and plain old Wikipedia editing, with a side order of fanfiction. Although, of course, that fanfic is being written about a community-generated universe where most people’s personal goal is to create a new SCP dossier without being rejected by the moderators’ ruthless quality-control policy.

For an example of the kind of thing we’re looking at in a typical report (if there is such a thing as “typical” in the SCP), take a look at SCP-1609, which appears to be some kind of humanoid armchair. 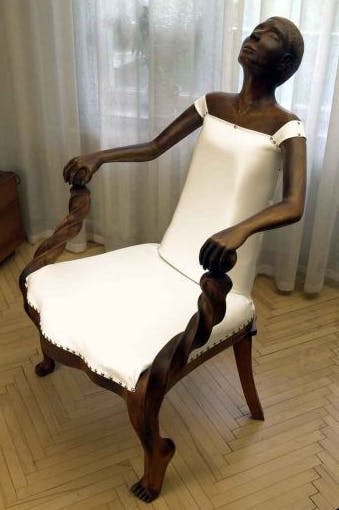 In its current state, SCP-1609 is “contained” in a flowerbed. It’s been mulched, but that doesn’t mean you shouldn’t treat it with respect. If you don’t, it will teleport part of its wood-mulch self into your lungs and kill you stone dead. It can be triggered by aggressive behavior, or anything resembling a uniform, or by hostile language such as people referring to it as a “threat entity.” It also doesn’t like to be idle, which is why it’s been given the duty of fertilizing a flowerbed.

One commenter on Reddit’s SCP forum characterizes this as “a good example of why SCP does not stand for Destroy, Destroy, Destroy.” If you try to tackle SCP-1609 by fighting it, you’re likely to receive a short, sharp shock in the form of some splintery wood to the lung. People from another organization known as the Global Occult Coalition learned this the hard way when they put the original chair through a woodchipper, which caused it to become aggressive in the first place.

The report page signs off with a warning to treat SCP artifacts with respect, pointing out that, “Prior to the Coalition getting their hands on this, it was perfectly harmless. A chair which teleports to you when you need a seat is normal compared to most of the stuff that we deal with on a regular basis. When they put it through a woodchipper, it got hurt, scared and angry, so it lashed out.”

“Thankfully, SCP-1609 is pretty simple for us to deal with. So long as we don’t do anything stupid around it, it won’t fight back and it won’t try to leave. Even if it does, it usually comes back. I think I’ve worked out why. It came to us because it was afraid of the people who had hurt it. That’s why it always comes back. It’s afraid of the rest of the world now, and it’s looking to us for protection.

This is why we have Special Containment Procedures instead of Special Destruction Procedures.

If you break something, it’s broken forever. When you try to destroy an anomaly, you can’t take back your mistakes. That’s what SCP-1609 has to tell us. This is why we’re right and the GOC is wrong, people.”

This kind of attitude is the reason why the SCP Foundation is, at heart, a storytelling community. There’s no overarching narrative in the sense that we’re used to in books and movies, and the only “characters” are the agents writing the dossiers. Every SCP story is constrained by the formal tone and format of the containment reports. Still, the more you read, the more you get sucked in. And while there are hundreds of more traditionally-written short stories posted on the site’s Foundation Tales page, it’s the deadpan, pragmatic report pages that really grab your attention. 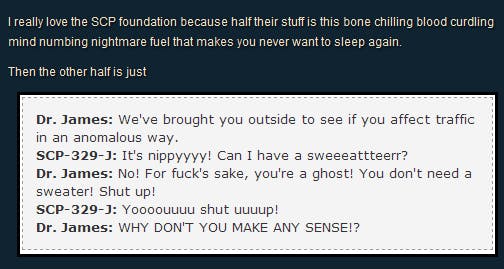 Like all good horror stories, it’s not necessarily the content of an SCP report that’s frightening, but the way it forces your imagination to wake up and start paying attention to the terrifying little details. Slenderman may have grown organically from an old web forum meme, but SCP’s menagerie of equally disturbing monsters is proof of just how much scarier the online horror community can be when it seriously makes an effort.

The most popular fanwork inspired by the SCP Foundation is Containment Breach, a free online video game that inspires comparisons with the equally terrifying Slender game. There are currently several other SCP games either online or under construction, but this is certainly the most polished.

Containment Breach is a first-person investigation/horror game set at an SCP containment facility. The primary villain is SCP-173, a humanoid concrete monster that shares its most important characteristic with Doctor Who’s Weeping Angels: It can only move when no one is watching it. Thanks to the addition of a “blink” function that forces the player to occasionally close their eyes (and therefore allow SCP-173 to move closer), the game can get pretty damn stressful. The layout of the containment facility is generated randomly, forcing you to find a new escape route every time you play.

It will come as no surprise that the SCP Foundation originated on 4chan. The idea that inspired the whole concept was SCP-173 (an oldie but a goodie, it turns out), which stood out from other creepypasta posts on 4chan’s /x/ paranormal message board thanks to its serious, report-style format.

That was back in 2007. Since then, the community has spread and developed to the point that it now requires more than twenty mods and staff members to stay organized, with new members having to send in an application and research the Foundation’s history before they’re allowed to join.

Reading through a few SCP pages, you find yourself thinking, “Wouldn’t this make a great TV show? Or comicbook series? Or movie?” Plenty of reports could inspire entire horror franchises unto themselves. But the thing is, the Foundation has already settled upon its ideal medium. Even the most monster-focused horror movie requires some kind of human character for the audience to engage with, but that just doesn’t gel with the the SCP Foundation’s rejection of traditional character-based narratives.

A good SCP page doesn’t need characters, and it certainly doesn’t need a storyline. All it needs is the timeless hook of human curiosity gone wrong, combined with some eldritch abomination dredged from the depths of the Internet’s creepypasta hindbrain. A successful entry could easily consist of just a few sparse paragraphs of scientific jargon, forcing your imagination to fill in the gaps to complete the full, horrifying picture.