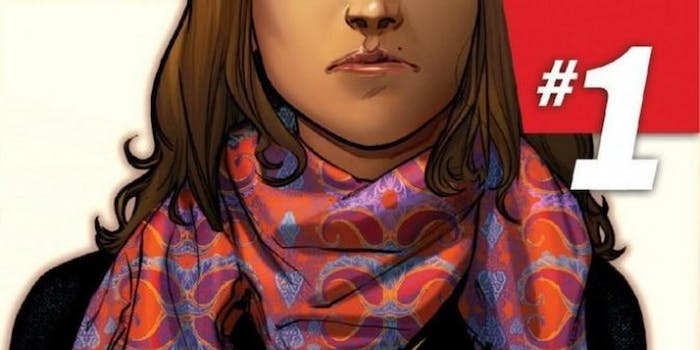 Ms. Marvel is 16, Muslim, and starring in her own Marvel series

Kamala Khan, the new Ms. Marvel, is the first Muslim superhero to headline a Marvel book.

Marvel fans still have to wait for another month before the story of Kamala Khan, the comic label’s first Muslim-American solo title superhero, gets underway. But yesterday in Wired, fans got a first glimpse at the 16-year-old Pakistani-American who will take over the beloved role of Ms. Marvel.

“It’s something that we really put our heart and soul into,” writer G. Willow Wilson told Wired in an interview accompanying the preview. “I hope people will be pleasantly surprised.”

Wilson was speaking of the controversy surrounding the new series, which sees Kamala become the first Muslim to step into a legacy hero role. The bold choice on Marvel’s part is one of numerous ways the company appears to be heeding the comics community’s outcry for diversity and broader representation in recent years, including promoting Carol Danvers (the current Ms. Marvel) to Captain, casting Agent Peggy Carter and superhero Jessica Jones in their own TV shows, and outing mega-popular trickster Loki as bisexual.

Though the brief preview doesn’t tell us much about Ms. Marvel’s plot, it does give us an idea of the snarky teen’s attitude and charisma—at least until her mom calls to bust up the party: 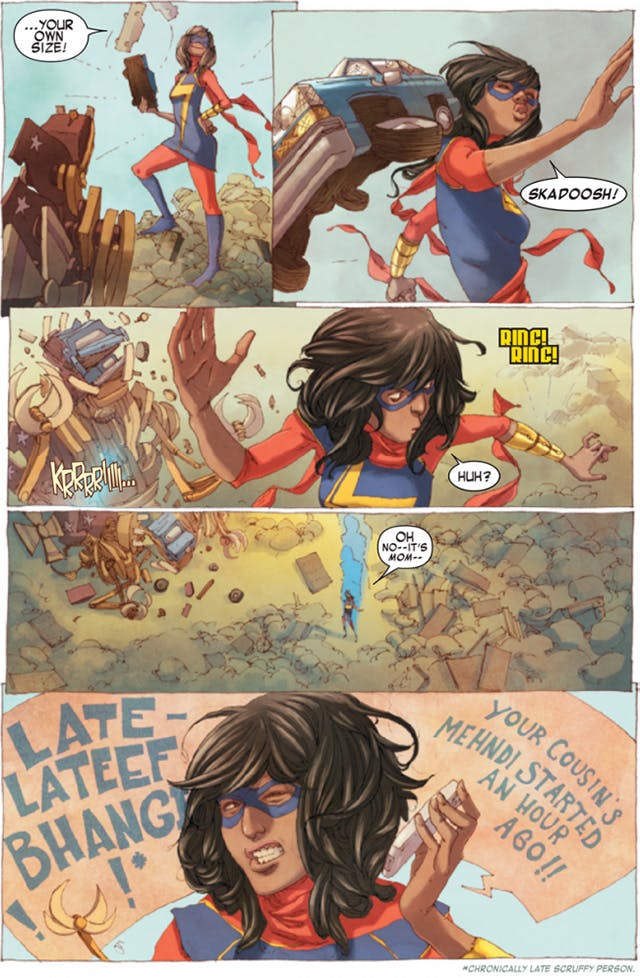 Kamala’s narrative involves the discovery of her ability to shapeshift—a powerful escape for a girl already battling what it means to be a Muslim in New Jersey. Wilson, who converted to Islam, told Wired that the creative team had carefully considered their choices when it came to Kamala’s storyline:

I’ve spent my entire adult life in Muslim communities of various kinds both abroad and here in the U.S. and these are issues that are really close to my heart… In a way, you’re unpacking two stereotypes, one about Muslims and one about shapeshifters, which I thought meshed nicely with the storyline. But it was a big risk. And I’m still having conversations about what lines to cross and which ones not to cross.

The preview appears in the latest issue of All-New Marvel NOW! Point One, out today. The first issue of Ms. Marvel lands online and in comic shops on Feb. 5th.