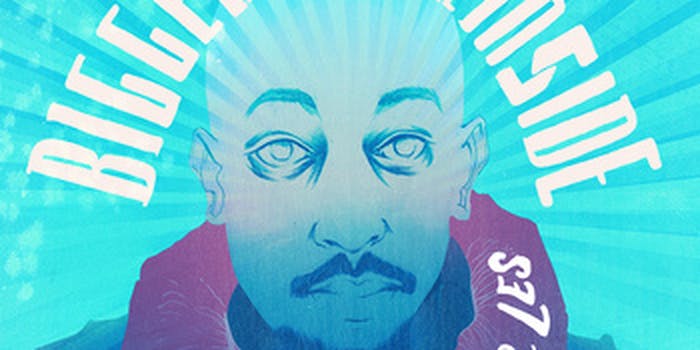 These ‘Doctor Who’ raps are bigger on the inside

It's music to travel through time and space to.

With the Doctor Who 50th anniversary special out of the way, and the next season not due until next fall, what’s a fan to do?

Toronto-based rapper and producer More or Les has your answer. The hip-hop Whovian has just dropped a free mixtape featuring original rhymes over a cut-up Doctor Who soundtrack.

And it’s called “Bigger on the Inside,” because of course it is.

“DO NOT SPEND YOUR MONEY ON THIS! This is my FREE fan fiction dedication to the longest running sci-fi program in the world, so please just download and enjoy,” More or Les writes on his Bandcamp page.

Apart from being a total Doctor Who geek, More or Les is best known as part of Canadian hiphop crew Backburner. Backburner cohorts Wordburglar and Ghettosocks also make an appearance on “Bigger on the Inside.”

If you’re into hip-hop and time travel, this is definitely the soundtrack you’ll want to bump in your TARDIS.

H/T Geekosystem / Illustration by Nat Janin via More or Les