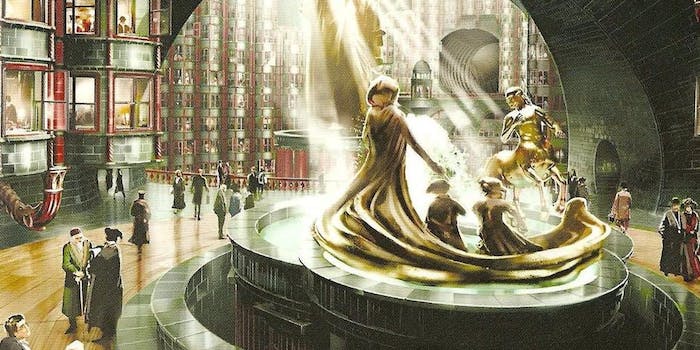 The Ministry of Magic now has a very official-looking website

Created by a designer who worked on actual UK.gov sites.

Did you know that the Ministry of Magic from Harry Potter has its own U.K. government website?

Designed to look like a page from the U.K. government’s official “.gov” domain, the Ministry of Magic site provides information and updates from the wizarding government, such as the news that Arthur Weasley was recently promoted to the head of Department of International Magical Cooperation, or that the Floo network is partially closed for Christmas. 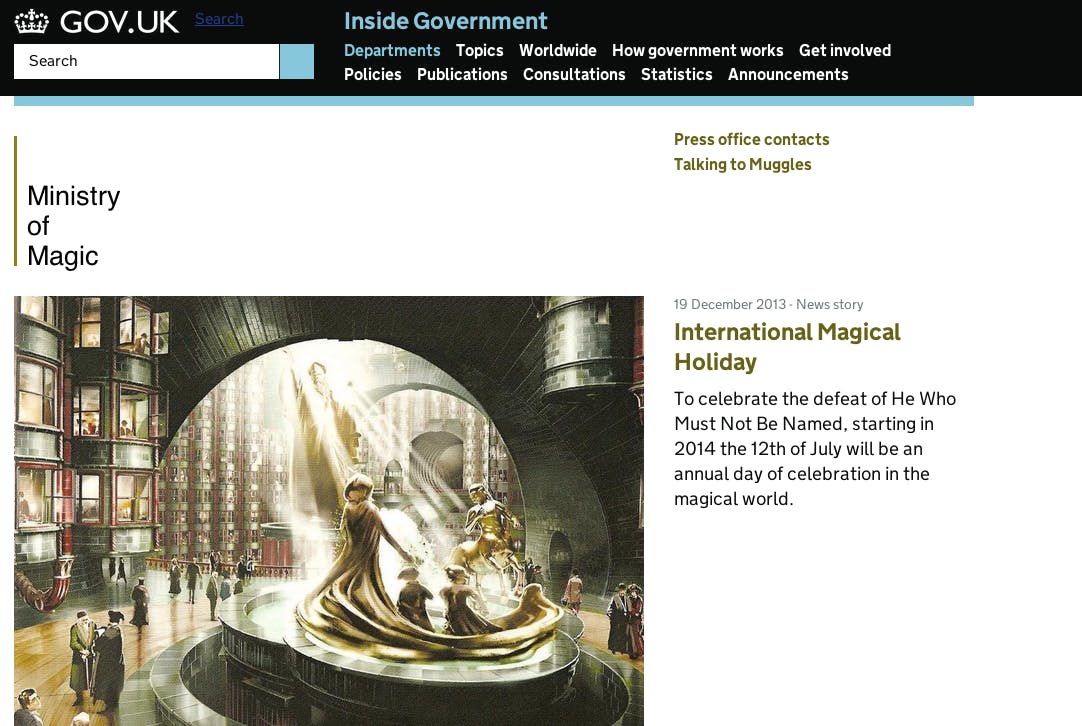 Ministryofmagic.co was created by Andy Brown. He has previously worked on real .gov sites, which is presumably why the Ministry’s site looks so realistic, right down to the slightly stilted website text. Unfortunately the MoM site is pretty small and almost all of the links just loop back to the same confundus page, but it’s still pretty cool. And, realistically speaking, probably better than the “real” Ministry of Magic could ever manage, considering most wizards’ inability to deal with Muggle technology.