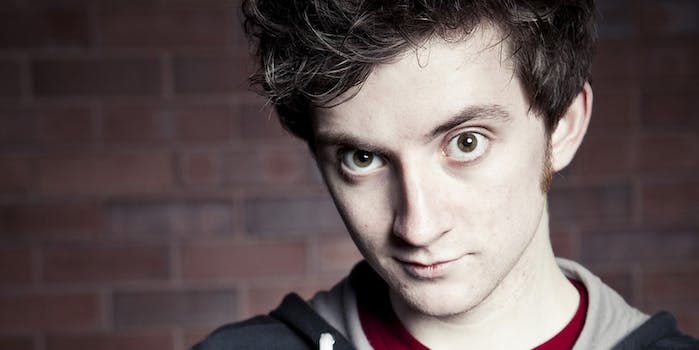 The only thing more impressive than Dryden's career is his ability to juggle all of his commitments.

It’s been a long month for Liam Dryden.

In about the span of three weeks, the Scottish YouTube star performed at VidCon with his band Chameleon Circuit, attended LeakyCon, and ran Summer in the City (SitC), an annual gathering that’s become the U.K. equivalent of VidCon.

A lot’s changed since Dryden started SitC with friends Tom Burns, Dave, Luke Cutforth, and Jazza in 2008. While it started as little more than a popular meetup, this year the official two-day event reached its 7,000-person capacity.

“I think a lot of that comes down to YouTube becoming more mainstream,” he told the Daily Dot. “And also, the way people perceive YouTube talent; they’ve developed a more fandom-style following. And it’s interesting to see because a few years ago, if you wanted to get to know your favorite content creator better, you just started making videos and you were automatically part of the community, but now it seems that isn’t as attainable these days.”

Dryden started vlogging in late 2007 when he started university. Many of his early videos showcased his daily life, his love for Doctor Who, and his famous doppelganger, David Tennant.

His Scottish stereotypes video shot him to the front page of YouTube, and while he didn’t achieve instant viral success, he noticed a surge in his subscriber count that led YouTube to invite him into its Partner Program.

“From there I started to think, ‘This is something that can be made with this,'” he noted. “In due time, you could theoretically turn this into a job or just some other creative outlet where you’re getting something out of it at the same time.”

Since then, he’s made plenty more video blogs and music covers. He also joined Multiverse webseries Chronicles of Syntax.

Dryden bonded with a number of YouTubers his first year on the site. And it was with two of them in particular, Charlie McDonnell and Alex Day, he formed Chameleon Circuit. The band’s music is a take on wizard rock—the genre of music inspired by the Harry Potter franchise—but applied towards Doctor Who.

As such, Dryden has become a sort of Swiss Army knife on YouTube: He does a little bit of everything, and he’s been at the forefront of content creators looking to experiment with alternative methods of making revenue online.

“A lot of people originally did get into YouTube just to make content, and it’s interesting to see that shift,” he said. “Hopefully with original series and things on YouTube, it’ll encourage people to get back into the content side of things and focus more on making good stuff and not just successful stuff that cater to a wider audience.”