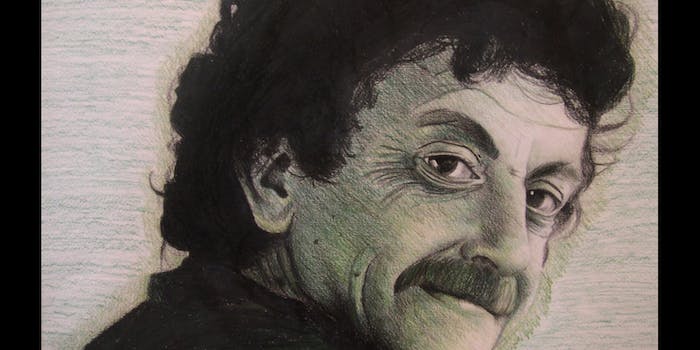 The intent is to expand Vonnegut's pull with today's readers, but will the partnership just alienate the very fans it's meant to reach?

For some Vonnegut fans, this might sound like an ironic, satirical commentary on modern life written by Vonnegut himself: Vonnegut’s famous character Kilgore Trout, populist hero, science fiction writer, and fan of Communism, has joined forces with a capitalist machine.

But this isn’t fiction. The Kurt Vonnegut Trust has partnered with the much-criticized commercialization of free online fanfiction that is Amazon‘s Kindle Worlds, its new program to pay fans for writing what is essentially franchise-approved tie-in fiction. The estate of the legendary author of Slaughterhouse-Five and Welcome to the Monkey House has joined a handful of other media franchises like The Vampire Diaries in order to license his works for fanfiction authors to play in—for a portion of the profits, of course.

Philip Patrick, publisher of Kindle Worlds, stated in a press release that “To include the work of an American literary icon in Kindle Worlds is a thrill for us and a golden opportunity for Vonnegut fans everywhere.”

But Vonnegut fans might beg to differ, especially since many of the science-fiction fans steeped in Vonnegut are also steeped in the culture of online fanfiction, where tighter corporate control over the creativity of fannish minds is never a good thing.

In its press release, Amazon stated proudly that “over 120” stories had been published so far through Kindle Worlds—hardly the triumphant industry revolution you might have been expecting. But if you’re familiar with the long history of failed attempts to turn fanfiction into a capitalist enterprise, you won’t be surprised that most fans have simply ignored Amazon and continued doing their own thing.

The move may be seen as part of a recent trend of science fiction lending its approval to new trends in publishing. Last year Margaret Atwood joined the online publishing phenomenon Wattpad, making some stories available to readers for free. And the Vonnegut estate has long had a working relationship with Amazon, recently releasing a set of posthumous stories exclusively to Kindle.

Given the considerable reluctance fans have shown for adopting Amazon’s capitalist model of fanfic, however, it seems possible that the franchise’s new home might just alienate the very fans they’re trying to reach.