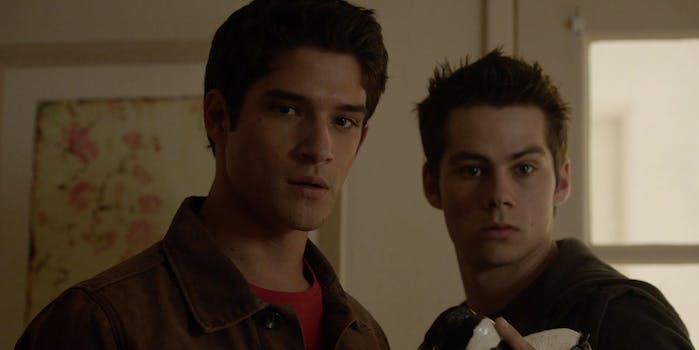 Teen Wolf showrunner Jeff Davis has deleted his Twitter, but comedian Jeff B. Davis is happy to step in.

Teen Wolf’s winter hiatus ends this week, so now seems like a pretty good time for showrunner Jeff Davis to answer some fan questions on Twitter. The only problem is, he deleted his account last year.

Luckily, there’s another option: actor and comedian Jeff B. Davis, who has apparently found himself on the receiving end of Teen Wolf fandom’s questions ever since the “real” Jeff Davis left Twitter.

To my followers who have me mistaken for Jeff Davis, EP of TV’s Teen Wolf: Doesn’t it seem odd to you that I never tweet about Teen Wolf?

Jeff B. Davis has nothing to do with Teen Wolf. In fact, he’s never even seen Teen Wolf. But did that stop him from doing a Q&A with Teen Wolf fans on Twitter last night? No, it did not.

You know what, forget my last tweet. Even though I’ve never seen the show, I will now do a brief #TeenWolf Q&A. Shoot.

It’ll just be called “Wolf.” RT @DK745: @JeffBryanDavis What will it be called when Teen Wolf is no longer a teen? #TeenWolf

Actually, that last one isn’t completely wrong. No one on Teen Wolf is a teen. No one. By the time their characters graduate from high school, most of the main cast will probably be married with kids in real life.

Bunch a pricks. RT @SeanieBlahBlah: @JeffBryanDavis I’ve never see the show. But eh.. what are the cast like to work with?

@JeffBryanDavis We learned so much, this has been truly valuable.

Oh yeah, and one final thing: when Jeff B. Davis was asked about any future Teen Wolf spinoffs, he answered: “Elderly Squirrel is in development.” Presumably that’s where they can farm out all the older actors once they’re no longer able to play convincing teenagers.