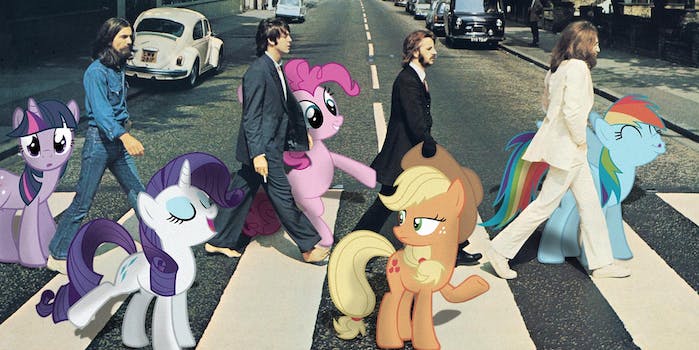 This app is the iTunes of brony music

The App Store is magic.

The expansion of brony culture continues apace with the release of Bronytunes 2.0, an app dedicated entirely to music written and performed by adult My Little Pony fans.

In a similar vein as Wizard Rock band such as Harry and the Potters, brony music takes inspiration from My Little Pony: Friendship is Magic and its fandom. One of the most accomplished bands to date are the Beatle Bronies, a Beatles cover band who recorded an entire Abbey Road parody album called “Apple Road.” And there are apparently enough similar artists to require an entire app and an in-fandom chart for current hit singles. Right now, the number one song is a country tune called “Apples to the Core.” 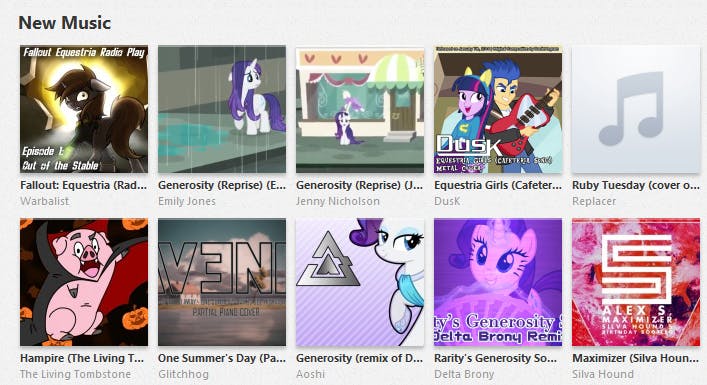 Previously only available as a web app, Bronytunes is now available for iOS devices via Apple’s App Store, allowing users to easily discover new albums and stream from a library of more than 7,000 brony tracks. The app was created by Jacob Pritchett, a 21-year-old student who previously founded Bronynet, a popular members-only social networking site in the My Little Pony fan community.

With the advent of things like Bronytunes, we’re beginning to wonder when the brony takeover will end. An all-brony video streaming site? Oh wait, that’s already a thing, along with live radio and podcasts. Brony dating? Done. At this point, the only things left are real-world services like brony healthcare or brony college, but — oh, wait. At least one of those already exists as well.

Perhaps it’s time to just give up and accept the inevitable: within the next couple of years, the bronification of the Internet will be complete.

Better go and pick out your cutie mark while there’s still time.