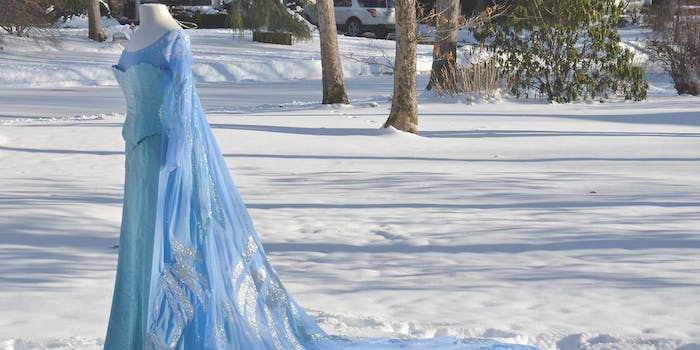 The whole thing is meticulously detailed—especially considering the fact that it’s based on an animated dress that doesn’t actually exist.

It’s safe to say that Anna and Elsa from Frozen are going to be pretty popular costumes this Halloween. But when it comes to serious cosplay, the grown-ups tend to need something a little more complex than an outfit from the Disney store.

And it doesn’t get much more complex than an Elsa costume that took 250 hours and 100,000 rhinestones to make.

A 16-year-old named Angela who blogs under the name doxiequeen1 has been posting photos of her intricate cosplay costumes. She’s only been making clothes for a couple of years, but this Elsa costume is realistic enough to rival the most experienced cosplayers. In a five-part series on her blog, she details how she constructed every section, from creating a pattern for the underskirt to attaching all those rhinestones to the cape. 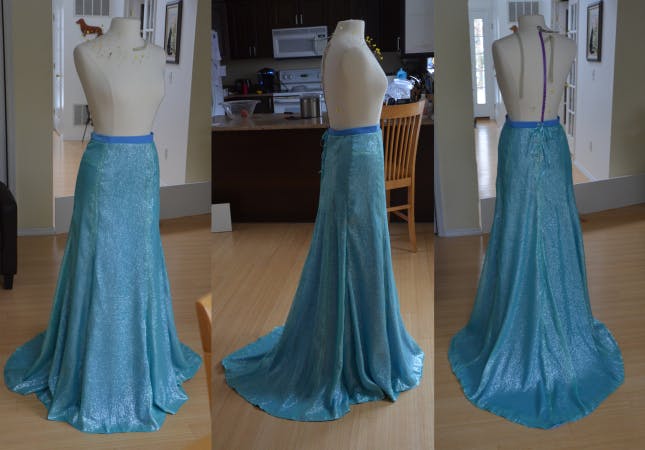 The whole thing is ridiculously detailed—especially considering the fact that it’s based on an animated dress that doesn’t actually exist in real life. To create the icy look of Elsa’s bodice, Angela cut up hundreds of tiny squares of canvas, glued them on and painted over everything with acrylic paint. 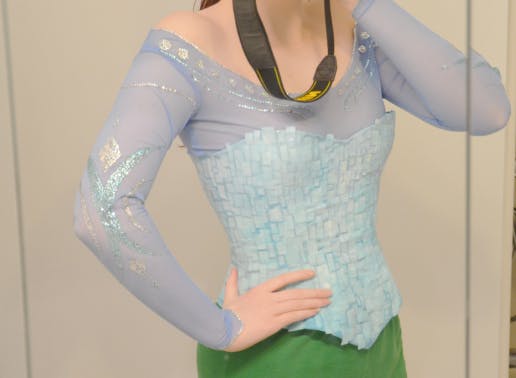 Meanwhile Elsa’s cape was home to most of those 100,000 rhinestones, stuck on in the shape of snowflakes. Along with the lengthy blog posts on the costume’s design process, Angela has also written a guide to rhinestones, although we kind of doubt that anyone else will have the perseverance to stick with this kind of heroic task. Particularly since every single rhinestone apparently has to be picked up using a wet Q-tip. 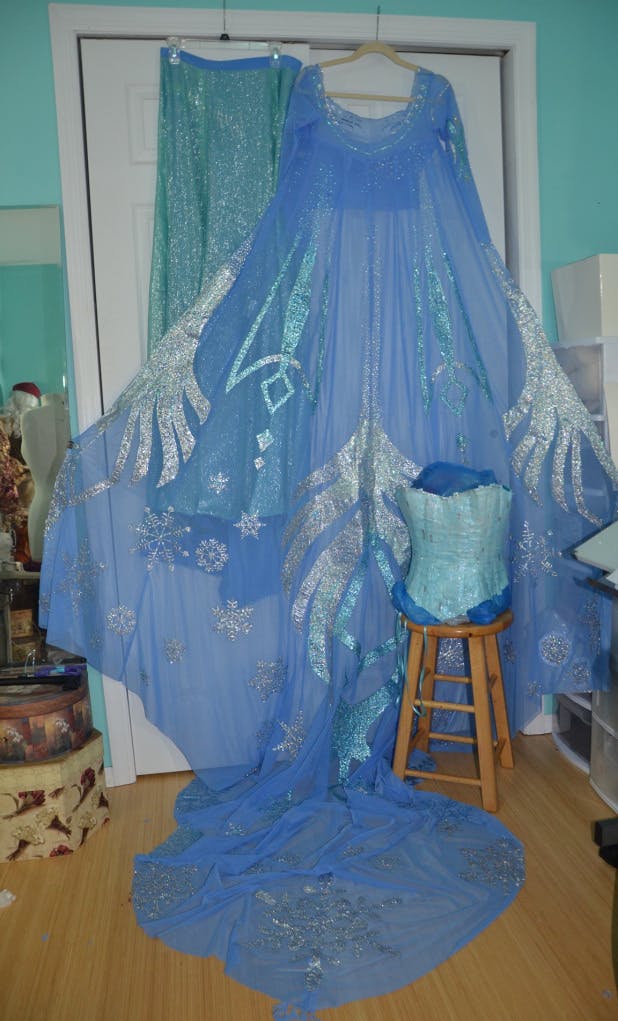 The end result is deservedly amazing. We’re just glad she managed to finish it while it was still cold outside, meaning she could do a realistically Frozen-esque photoshoot out in the snow. 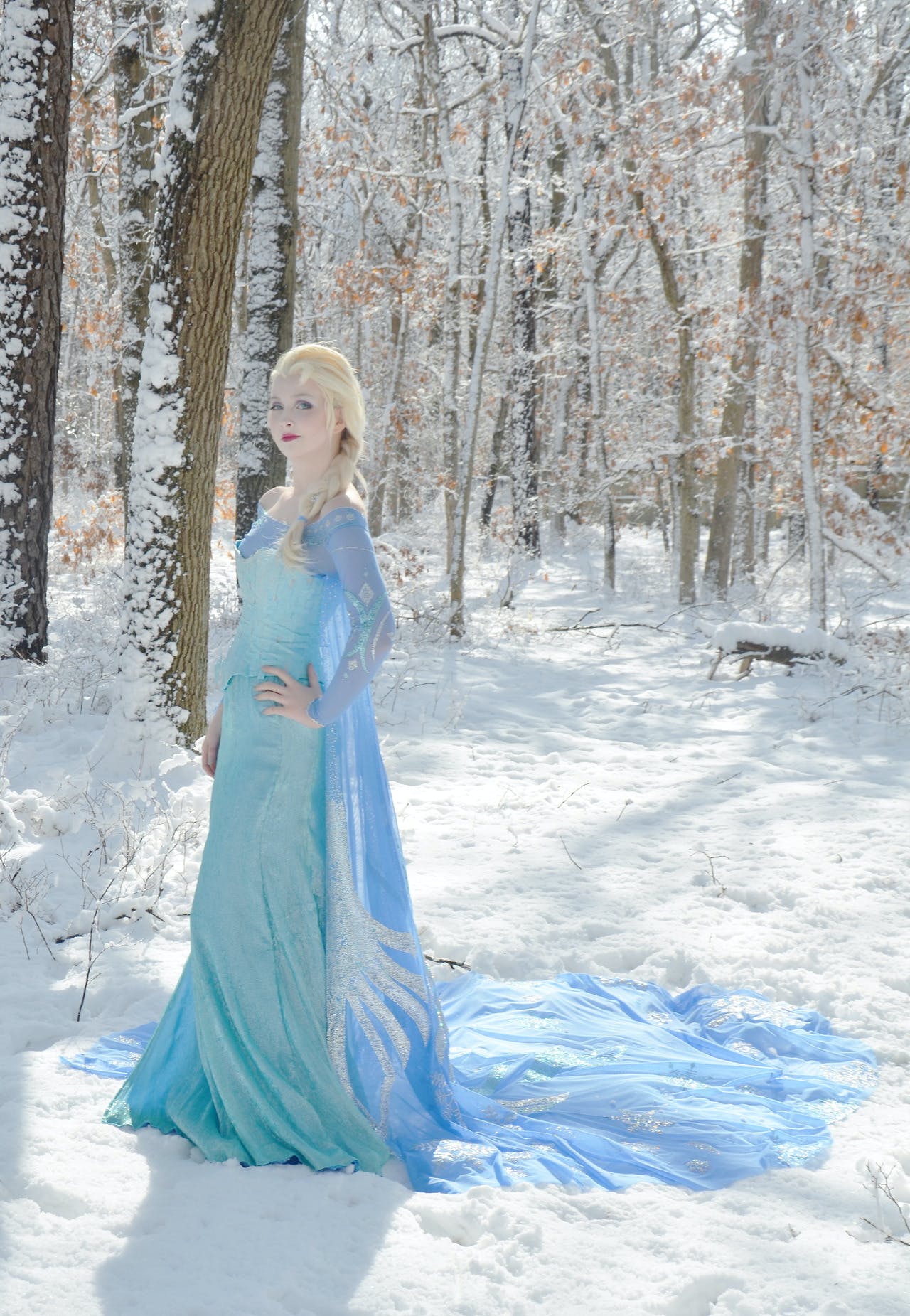