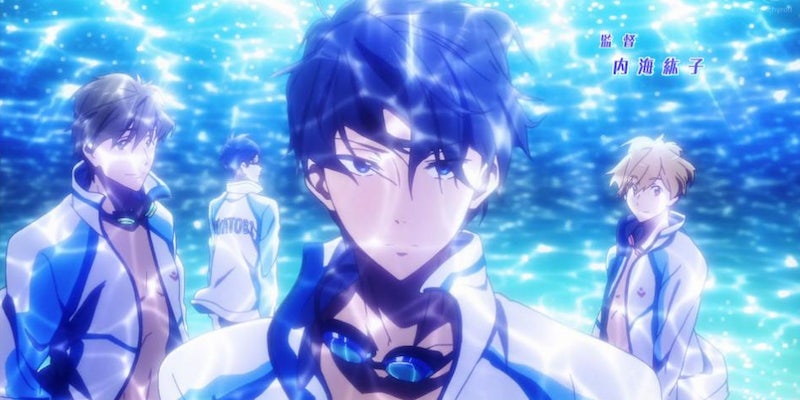 “Just watched the first episode of Free!, and all I can say is that I didn’t know taking your shirt off could be so dramatic.”

Yep, that’s pretty much the best summary we can think of to encapsulate fandom reaction to the first episode of Free!, fandom’s very own swimming anime.

When millions of fangirls around the world turned their immediate obsession over a 29-second animation commercial into a huge overnight fandom, which then spawned an actual, full anime series, the result was probably never in doubt.

The sumptuously boy-crazed Free!, a.k.a. “the swimming anime,” can best be described as a smorgasbord of homoerotic eye candy delivered to your computer monitor straight from fandom’s collective Id.

But you don’t have to take our word for it. Here’s everything you need to know about “the Swimming Anime” in 10 glorious screencaps:

1) The plot of Free! is boys removing their shirts.

3) We’re not joking even a little bit.

5) And about whatever’s happening here. 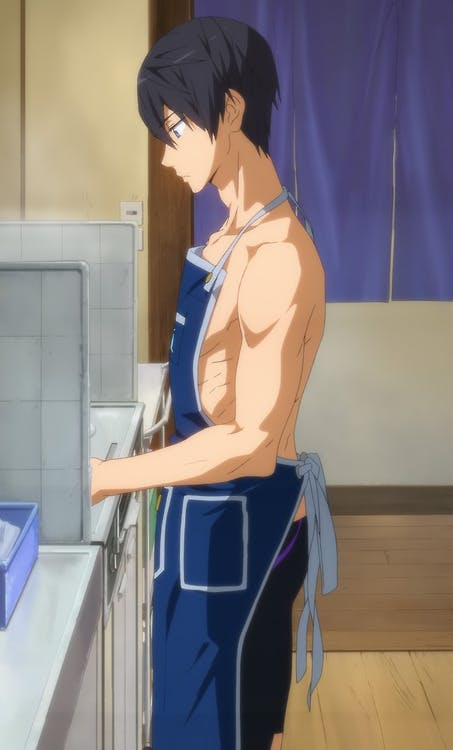 Yes, that’s the main character of Free!, Nanase Haruka, standing in a kitchen wearing only swim trunks and an apron. Oh, Japan. Bless.

6) If you’re watching it for swimming… 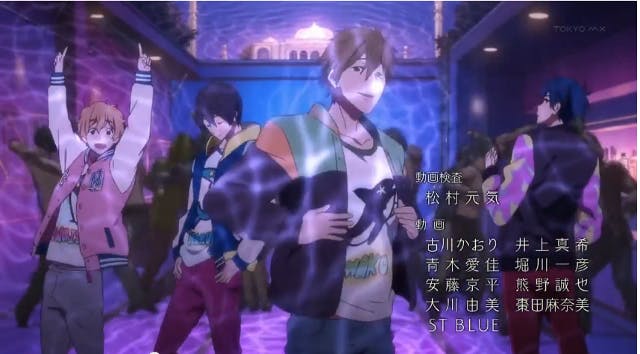 This screengrab from the end credits can only be a trial run for the swim team’s future careers as rave hosts at a gay nightclub.

Keep in mind that these long lingering shots of nude male bodies are being framed from the perspective of other male characters.

8) Free! isn’t so much subverting the typically heteronormative Male Gaze as getting it drunk enough to experiment and then having its wicked way with it under the bleachers. 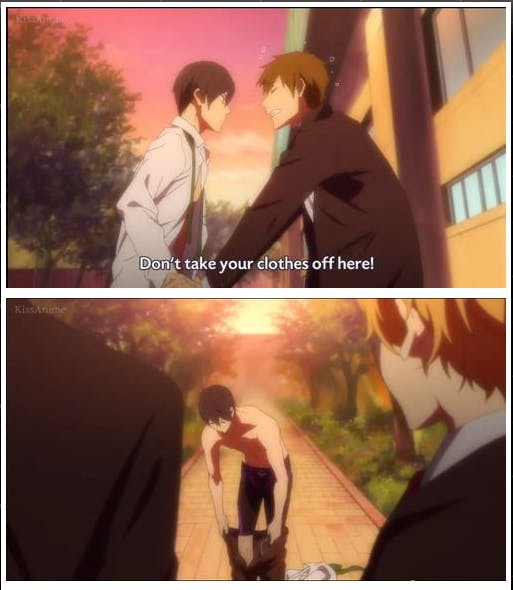 But then, this is a shounen sports anime. It’s just a little more—how can we put this?—self-aware and indulgent than your usual fare.

9) But what were you doing in the bathtub toge—you know what, forget I asked. 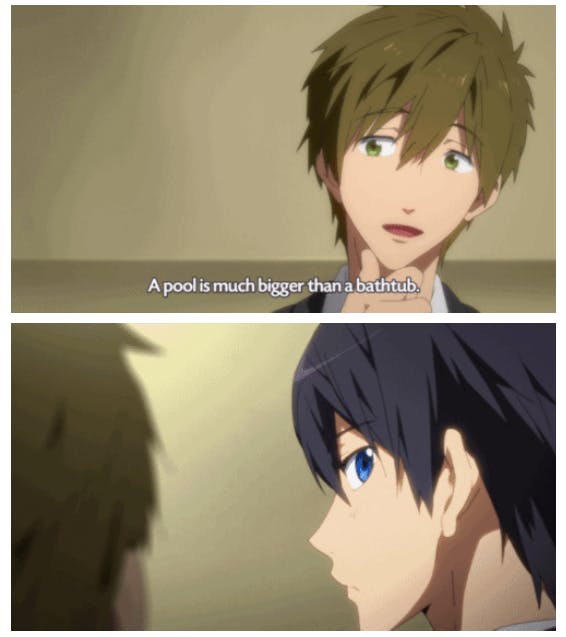 10) We know what happens next. 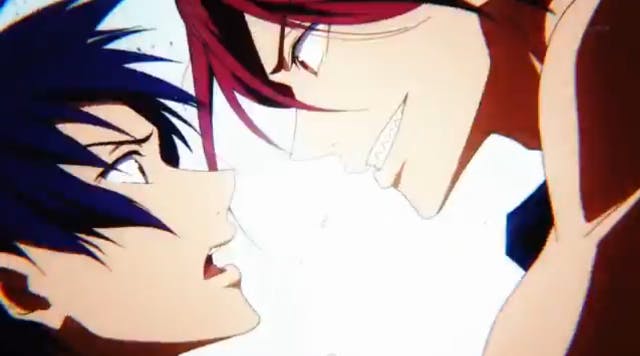 The guy on the right, who can’t seem to stop challenging our hero, is Matsuoka Rin. You’ll be shipping him and Haru together a lot. Like most of the 19 people who’ve already written Free! fanfic at AO3. 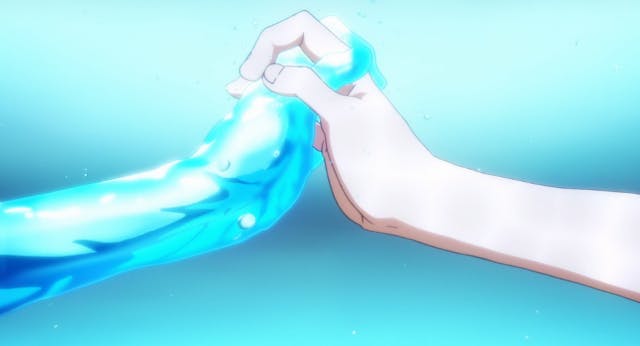 Yes, that’s a screenshot of Haru holding hands with the water from a swimming pool, while his voiceover narration informs you that all he wants is to “feel the water, with my skin, my eyes, and my soul.”  Yeah, uh. Follow your heart.

The swimming anime has only released one episode so far on CrunchyRoll; but judging by this first episode alone, we’re expecting great things. And by “great,” we mean… you know what we mean.

And I don’t know about you, but I could use a swim.