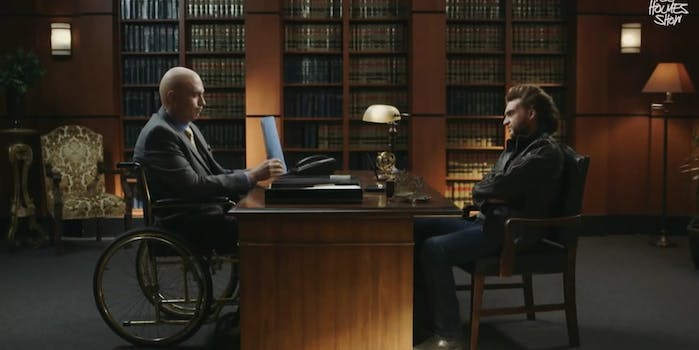 Is Wolverine the most useless member of the X-Men?

Pete Holmes makes a pretty compelling case in a new skit dubbed “Ex-Men.” In the role of Professor X, the podcaster and comedian explains why the beloved member of the Marvel superhero squad is being dismissed. In short, he’s a little dimwitted, has a tendency to sulk, and metallic endoskeleton can be manipulated by Magneto.

The skit, which premiered at New York Comic-Con, was part of a promotion for the Pete Holmes Show, a late-night comedy program slated to air after Conan on TBS on Oct. 28.

Of course, viewers were quick to come to Wolverine’s defense, clarifying that his claws “ claws are made of adamantium, a type of metal that Magneto can’t manipulate” and that his “healing factor is his real superpower.”

Tell that to the HR.