Amid the shock and excitement over J.K. Rowling’s announcement yesterday that she would be screenwriting a new film set in the Harry Potter universe, many Potter fans took to the Internet to celebrate the occasion. Especially on Tumblr, where the universal outpourings of love, joy, surprise, speculation, and collective celebration were intense, many fans immediately took to trying to cast the movie, and even getting a head start on the fanfiction. (Great Gatsby crossover, anyone?)

In the middle of the hubbub, one Tumblr fanartist, 18-year-old Angela Tong, a.k.a. dreamsoffools, received an anonymous message from someone who just didn’t get what all the fuss was about.

“Why are you so excited about this beast thing?” asked the anon, referring to the film’s proposed adaptation of Rowling’s Fantastic Beasts and Where to Find them, which is a separate story in the Harry Potter universe, rather than a continuation of the beloved series. “It’s not even about HP.”

Tong decided to answer the fan, not with words, but with an illustration of what Harry Potter—the world, the characters, and the fandom—have meant to her over the years.

“I got a little carried away answering this,” she said, calling Harry Potter her “longest and most beloved fandom,” a trait she doubtless shares with countless other fans.

28,000 Tumblr notes and reblogs later, she made numerous fans, including this reporter and longtime HP fan, a little teary with love. 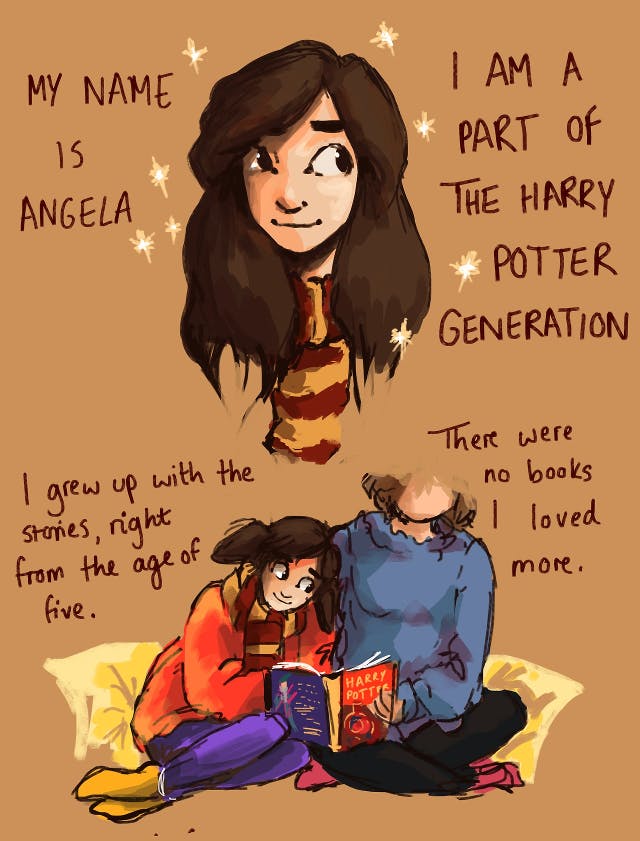 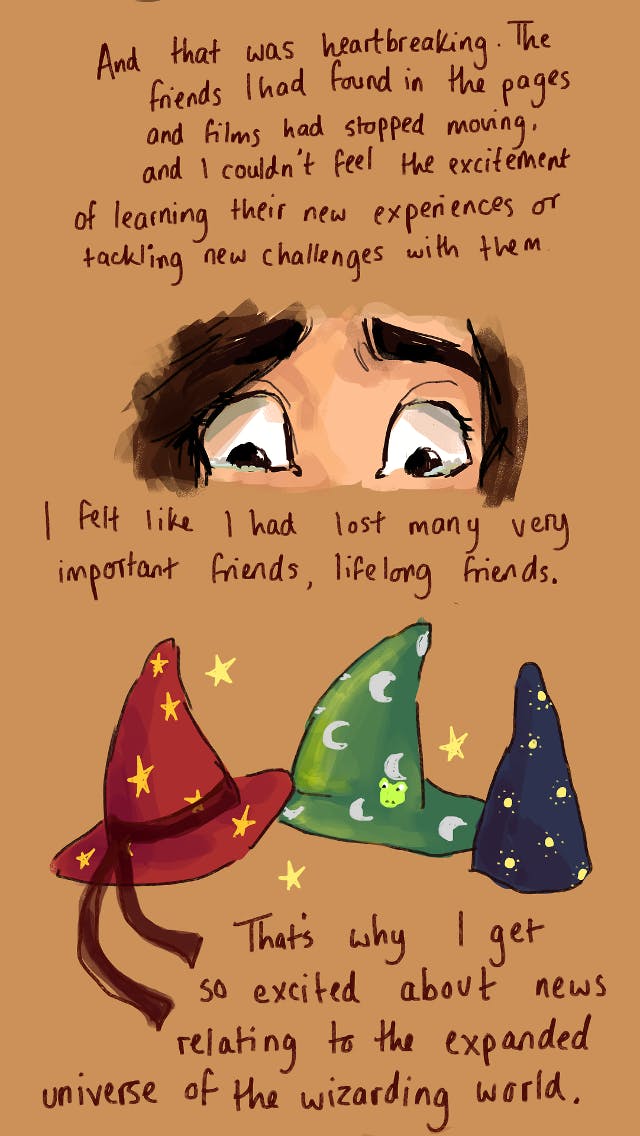 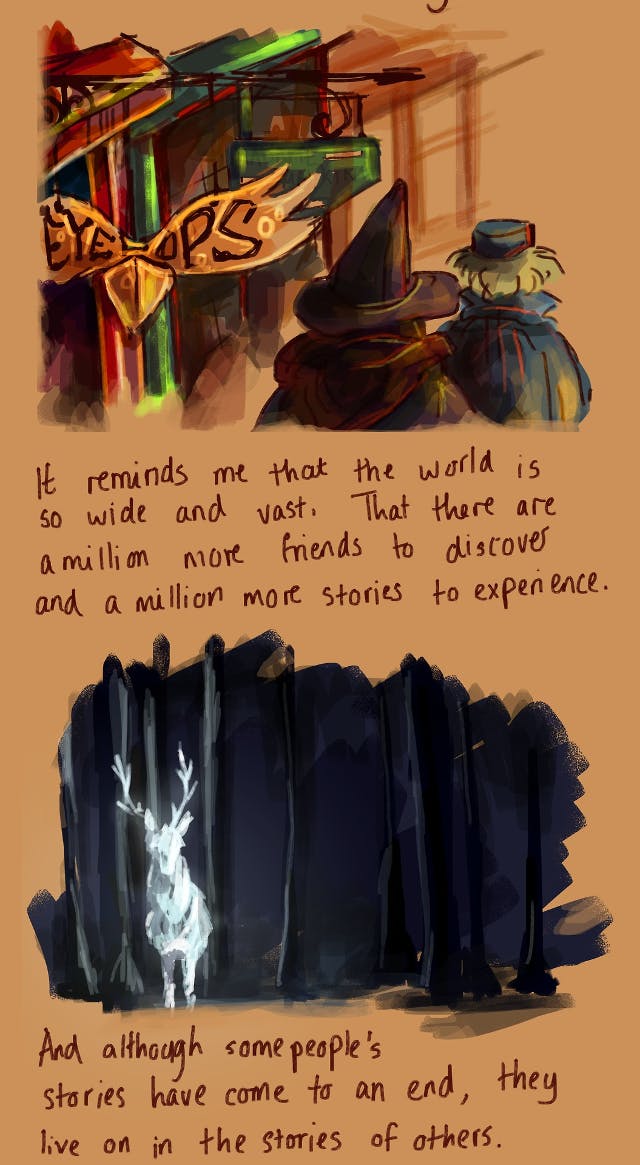 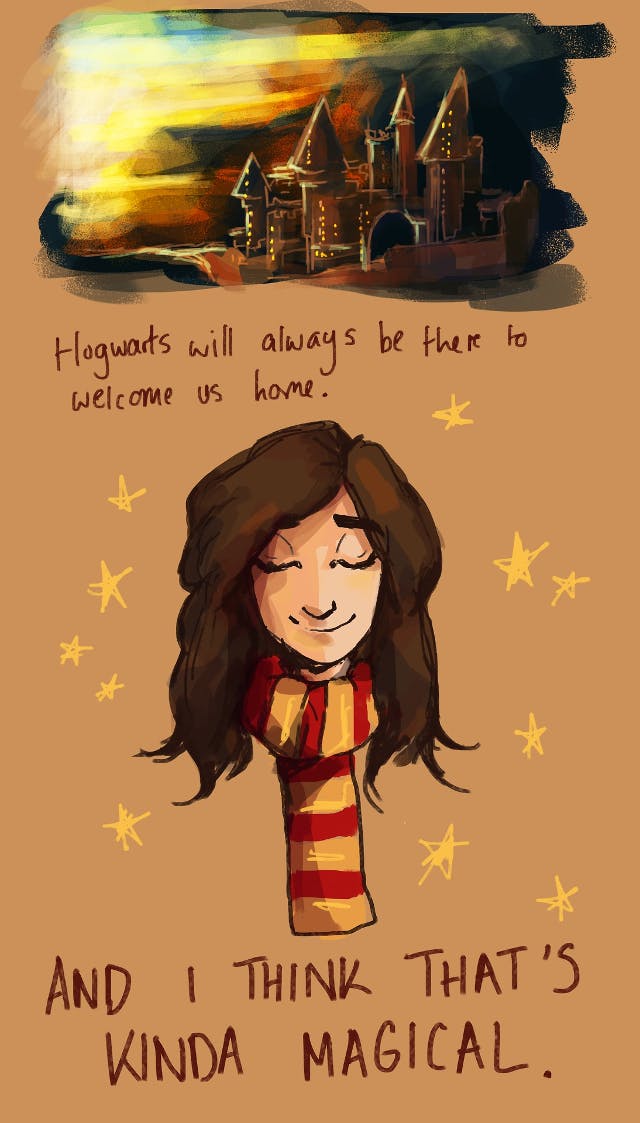 Tong, who told the Daily Dot she’s been active in the Harry Potter community since she was 5 years old, hopes to work in the animation industry. Her dream job? Character designer for Dreamworks. For now, however, she’s is a London art school student, working on an original webcomic, and filling her Tumblr full of fanart and Harry Potter love.

“It’s always been a source of comfort and inspiration,” she told the Dot via email about the Harry Potter universe:

Reading the books always cheers me up and I’m always so inspired by the films. And the characters of the Wizarding World are so diverse and relatable, I really do feel like they’re my friends. That’s why I can’t wait to learn even more about the Expanded Universe!

If this new phase of Harry Potter fandom produces more love-fueled creativity like this, neither can we.