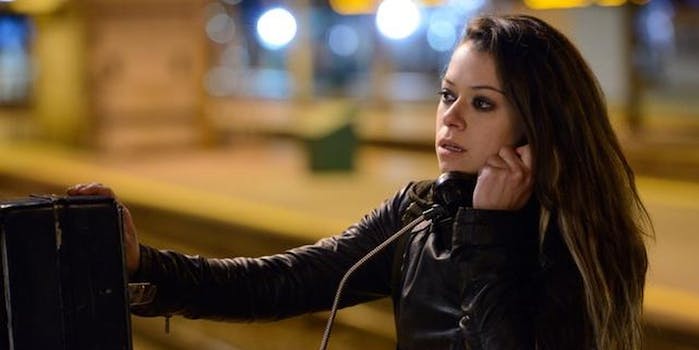 A new Indiegogo campaign urges fans to give Tatiana Maslany all the awards.

On the BBC America series Orphan Black, actress Tatiana Maslany deftly plays a handful of female characters, all with very different personalities and shared genetic material. It’s her embodiment of these archetypes — the “Clone Club,” as it’s known — that makes Orphan Black such an engaging watch, and gives “I’m Every Woman” a whole new level of meaning.

But some fans weren’t happy with Maslany’s Emmy snub, and think she deserves her own special award. An Indiegogo campaign now exists to fund and create one just for her. A Clone Club Award.

A Mississippi-based fan by the name of Sarah Evans spearheaded the effort, which will cost $2,000. She acknowledges Maslany’s Golden Globe nomination and Critics Choice Award, but stresses the importance of an award produced by those promoting the fandom on Tumblr, Twitter, and Facebook:

“I want Maslany to have an award specifically from her fans. I think this is a perfect way as fans that we could show her how much her performance has rocked! I am commissioning an artist to create a unique awards statue specifically for the fans of Orphan Black to give to her. Contributions are necessary for this to happen plus I wanted to get as many fans involved as possible.”

The show has sci-fi roots, but there are underlying themes of sisterhood and feminism; its fandom has grown in the last year, especially with women. That Maslany’s fans want to bestow upon her a crowdfunded award speaks to those themes.

Funding ends on March 14, about a month before season two of Orphan Black debuts on April 19. In the meantime, read through our Orphan Black primer. Then give Tatiana Maslany all the awards.