Chalkboard monsters are here to help you explain your fandom

One fan on Tumblr has given us something we've genuinely never seen before: fandom as an imaginary chalkboard beast.

Fandom loves to take the concept of fandom itself and humanize it, imagine what it would be like if the fandom you love could be summed up as a single human personality. Popular fandom sites like Tumblr, the Backlot, and even the Daily Dot have been anthropomorphized as humans; and we’ve already told you about Fandomstuck, in which legions of Tumblr users imagined what their fandom would be like as a Homestuck character.

Now, one fan on Tumblr has given us something we’ve genuinely never seen before: fandom as an imaginary chalkboard beast.

What’s a chalkboard beast? According to Tumblr and Archive of Our Own (AO3) user yeaka, it’s a ghost-like monster that floats through the world buoyed by the love of fans. The neat thing about Yeaka’s description is that it not only pictorializes the fandom, but what makes them unique.

Why not take a walk through them, and learn about fandoms from a whole new perspective? 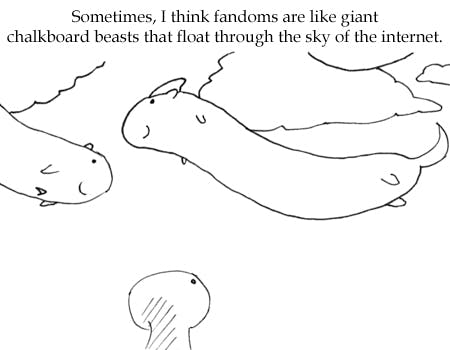 “Sometimes I think fandoms are like giant chalkboard beasts that float through the sky of the internet.” Considering how little people often seem to understand what fandoms actually are, this is about as good a description as any. 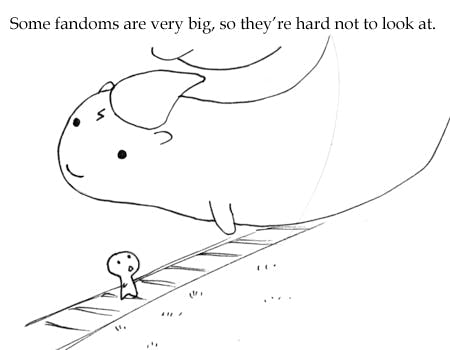 If you’re in any fandom at all, it’s hard not to learn about big fandoms, even if you have no experience or interest in the fandom itself.  We call that fandom osmosis—when you’ve never partaken of a certain fandom subject yourself, but know a lot about it through friends and other vocal fans. 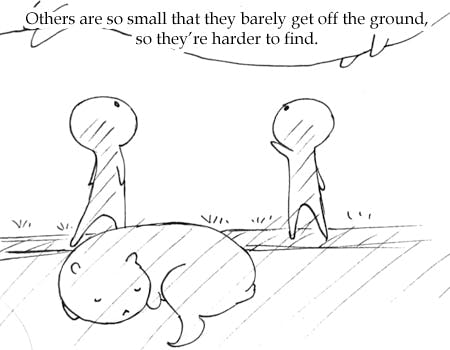 While everyone else is looking at the big, attention-getting fandoms, small fandoms can fall by the wayside and die quick deaths, or struggle for a few years with just a tiny but loyal fanbase. Others are perennial favorites, the kind you write for at annual fests like Yuletide. 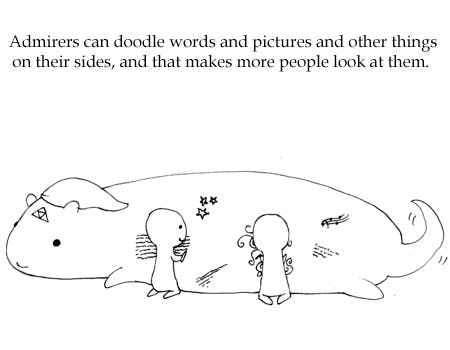 Fandom chalkboard monsters are cute, but you probably couldn’t keep one in your backyard—too many people want to write and draw and film things on them.

Visit Yeaka’s AO3 account to see the rest of the chalkboard monster adventures.