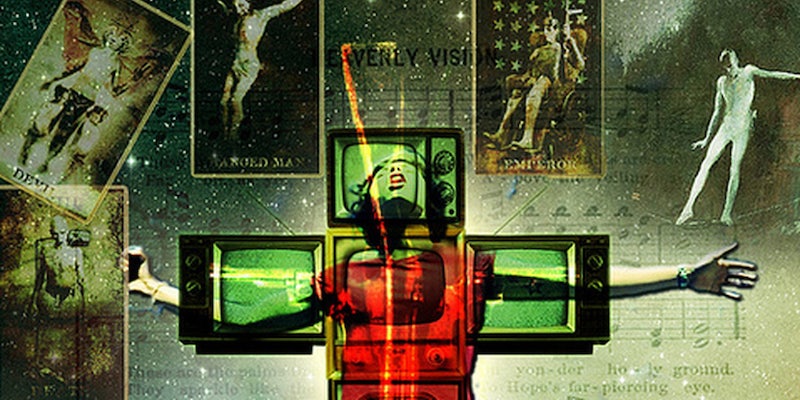 This One Direction fanfic is too controversial for Kickstarter

Basically, it's One Direction versus the Westboro Baptist Church, with an added helping of gay politics. And terrorists.

“Reading this may cause permanent damage!” heeds the summary of a One Direction fanfic that was reportedly deemed too “controversial” for Kickstarter. But that hasn’t stopped its author, a 30-year-old gay rights activist, from taking his tome to IndieGogo—without trying to hide its fanfic roots.

Billing itself as “A One Direction fanfiction about One Direction and every lie that has ever been told,” a giant fic by David Bryant (a.k.a. alwaystheindian) called Fifteen Minutes has been popular on Tumblr and LiveJournal since it first appeared in August of last year. The story, which features the slash pairings of Harry/Louis and Niall/Liam, is about “a rogue and wicked church who rises to international dominance, and a group of kids who band together and fight back.”

Basically, it’s One Direction versus the Westboro Baptist Church, with an added helping of gay politics. Oh, there are also angels. And terrorists. And pigeons.

The story has fortune tellers, circus clowns, colorful acrobats, magic talismans, foreshadowing ghosts, talking pigeons, kidnapping, terrorism, romance (both gay and straight), an angel with carved off wings, songs that play backwards, John F. Kennedy, and a mystery that follows the story until the very end.

If that sounds like a lot, it’s because Fifteen Minutes is an opus that’s nearly 300,000 words long—not something most publishers would go for, even without the added obstacles of slashfic about real people. That’s why, Bryant says, he’s turning to crowdfunding.

“I don’t want to make a profit,” he says in the promo for his Kickstarter-turned-IndieGogo campaign. “I just want to help people through their day.” Inspiring words for a story that seems to be about worldwide social decay, religious hypocrisy, and sweeping global political scandals:

But Bryant has had trouble getting Fifteen Minutes its, well, fifteen minutes. Kickstarter allegedly rejected Bryant’s Kickstarter for its “controversial” subject matter, leaving IndieGoGo to step in where Kickstarter left off. Kickstarter declined to comment on the project, but judging by the company’s project guidelines, it’s clear that a story that claims to contain everything from hate speech to graphic violence would have been a hard sell.

Fans apparently love the novel despite, and perhaps because of, its mature themes. “[T]hank you for writing it,” shootingharrywithlove, a fan of the fic, wrote on Tumblr. “It has changed the way i think about everything.” Yet even though the fanbase is loyal, the campaign has had a slow start, raising just $600 of its ambitious $8,000 goal so far.

The 30-year-old Bryant is a circus artist and entertainer who hails from North Carolina. He’s also a pageant winner: he was Mr. National Don’t H8, and a finalist for National Entertainer of the Year in 2011. He’s also a longtime member of bandom and RPF (Real Person Fiction) fandoms.

But while Bryant himself is a light-hearted performer, he’s very serious about his book. Fifteen Minutes seems to be a sweeping sabotage of demagoguery featuring Harry Styles—or whoever his new, original counterpart will be—as a mass media prophet. In this sense, it’s a bit like an Angels in America for the fanfic-reading lover of the 60’s and political unrest. But it’s worth more to Bryant than the sum of its 75 chapters and 285,000 words. It’s also allowed him to find a community of acceptance:

To the people who have read 15 Minutes but have never spoken to me, believe me when I say this: I am comforted just to know you are there. You are that silent friend who sits next to me at the best and worst times, never judging, and never hating. You are good people, and I love you for that.

…take a moment to think of me and the story I wrote, and know that you are not alone.

Bryant and his followers may not be alone in their love of One Direction and each other—but as Bryant is fast finding out, it may take more than the magic of fandom to conquer the tough task of publishing a successful novel.