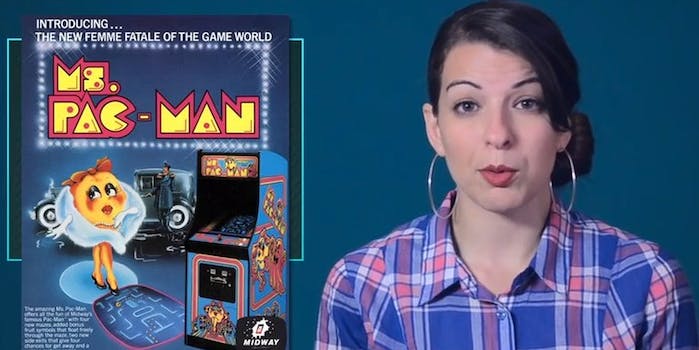 Anita Sarkeesian’s latest ‘Tropes vs. Women’ video may be her best yet

In the latest video from Anita Sarkeesian’s controversial Tropes vs Women in Video Games series, the feminist vlogger and anathema to “men’s rights” activists and gamers ventures into what may be new territory for many viewers: the pink-bow phenomenon, or as she calls it, “Ms. Male Character.”

The Ms. Male Character may not make much sense at first, until you see it in action over a long string of highly successful gaming franchises, from classic culture-changers like Pac Man and Donkey Kong to more recent popular games like Mass Effect and Scribblenauts. Sarkeesian devotes nearly a half hour to elucidating the trope. What’s a Ms. Male? It’s a character who’s essentially a cloned replica of the default male character in a video game, defined as a “female” character only by something ostentatiously feminine, like the ever-ubiquitous pink bow.  In the case of Scribblenauts, a male character has 40 brothers but only one sister, identified as female only by the fact that she wears pink. 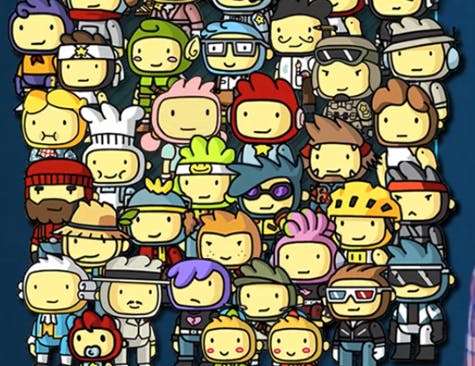 Sarkeesian’s main argument is well-made here: All of the brothers have actual character traits. For the female character, however, “girl” is the only character trait she gets to have.

If the trope sounds new, that’s because it is. Sarkeesian’s longstanding Tropes vs Women series has always examined well-known tropes familiar to anyone who’s studied pop culture feminist theory: the Smurf Effect and the Bechdel Test are just a few of the sexist Hollywood phenomena that Sarkeesian analyzed on her YouTube channel, Feminist Frequency. But after a highly contentious but wildly successful Kickstarter for the leg of her project that examines video games, Sarkeesian has evidently built the materials she needs to step out of established tropes and into identifying new patterns.

After carefully expounding on the concepts of the Damsel in Distress and women in refrigerators in previous Tropes vs Women in Video Games installments, she’s able to layer the Ms. Male trope together with them to emphasize the way all of these tropes work together to form sexist ideas about women in society. In one hilariously facepalm-worthy example, Sarkeesian plays a clip from a video game in which a “male” boulder watches his love interest, another boulder signified only with a pink bow, become reduced to (literal) rubble in order to further the male boulder’s manpain (rockpain?) and send him on a revenge quest.

If you’ve been following the theme of Sarkeesian’s videos ‘til now, the trope specifics are part of a familiar theme: Women are routinely marginalized, made secondary, or erased altogether, often violently, in order to serve a narrative centered around male characters and players.  Perhaps the most surprising part of the latest Tropes vs Video Games episode is how little backlash there is so far: On both of the main threads for the video on Reddit’s YouTube and gaming subforums, commenters praised the depth and breadth of Sarkeesian’s argument for driving home her point.

“The Damsel was a good primer, and this was another good step towards deeper issues,” wrote redditor frozensolidpeaches on r/doublespeaksterile. “Especially for me, since I’m still pretty new to the whole feminism/gender issues, and still learning the basics.”

On r/mensrights, the same redditors who once briefly harassed Sarkeesian’s series offline on YouTube could barely muster up a yawn. Perhaps after seeing themselves roundly criticized and parodied from basically every corner of the Internet, they’ve decided that silence is the best response.

Does this mean we’ve all moved on from the firestorm and Sarkeesian can continue her work in peace?  Not necessarily. Comments are still disabled on each of her latest videos. And with downvoting enabled, those who passionately disagree with her thesis are still making their voices heard, if not on YouTube, than elsewhere.

The violence with which @femfreq is discussed by men, who inisist sexism isn’t a problem, is terrifying.

So is Sarkeesian’s steady claim that gaming has a sexism problem the Internet-breaking scandal it once was? Well, YouTube did briefly crash earlier today…

@SassyEverlarkin Either Rob Ford or Feminist Frequency or CATS.

Our money’s on the gamer girl.