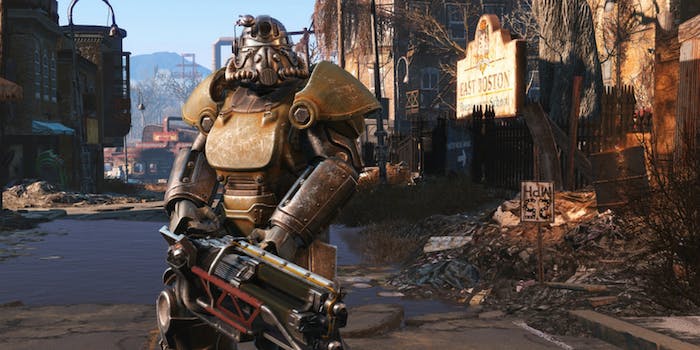 Meet the player dedicated to discovering everything in Bethesda's hit games.

The immersive open-world RPG Fallout 4 launched in late 2015, giving fans yet another opportunity to explore a 1950s-inspired apocalyptic wasteland. While the game offers many side quests and hidden areas to explore, one player made it his mission to find them all.

A man named Thomas, known as The LAWD on YouTube, has dedicated hundreds of videos to charting out each and every spot he can find in massive games like Skyrim and Fallout. Check out an introduction to his “Let’s Explore” series below.

He is currently uploading videos of all the waypoints in The Elder Scrolls V: Skyrim, and has previously completed runs of Fallout 4 and Fallout: New Vegas in similar efforts.

Although there only a handful of primary, story-based locations in Fallout 4, his playlist for secondary locations contains hundreds of videos that explore the various nooks and crannies of Bethesda’s expansive adventure.

All in all, Thomas estimates that he spent over 750 hours in Fallout 4 alone, finding every secret location, no matter how mundane.