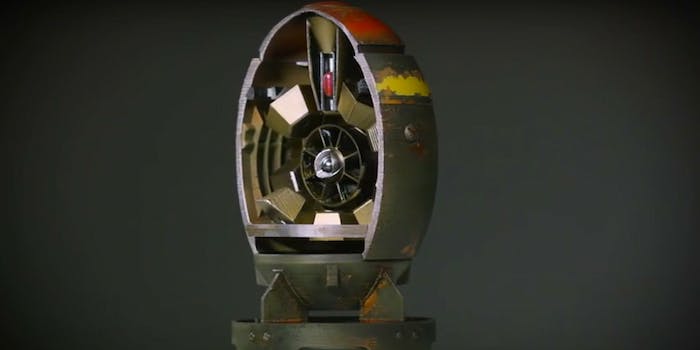 What do you do if you want an accessory that comes in a video game bundle but don’t want to spend the money on the old games it includes? 3D print your own of course. That’s what Redicubricks‘s Valcrow did when seeing that Bethesda included a cool mini nuke storage case with the Fallout anthology released in October ahead of Fallout 4.

Valcrow started working on the mini nuke in mid-November before recently sharing a post with the completed project. The blog post on Redicubricks explained that they decided to print it because, while they liked the nuke, they didn’t want to play the older games included in the anthology set. This version was also created to look more like the Fallout 4 nuke.

The result is a mini nuke that you can even see inside of.

“Cut roughly at 3/4 all the way through you can display it both ways if you like the whole bomb look, or the cutout look,” Valcrow wrote.

You can read more about how it was made and see more photos on Redicubricks.