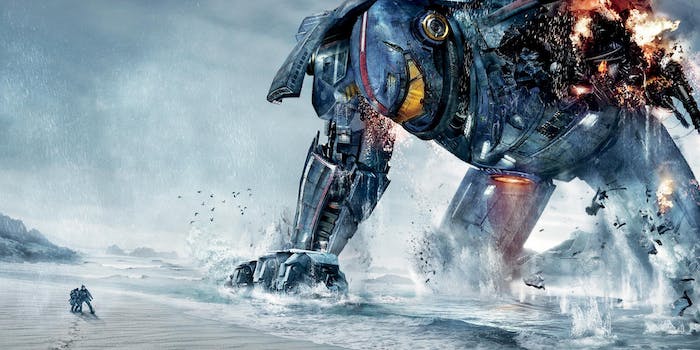 How long until this is how we're fighting wars?

Apparently it’s possible to build an exoskeleton-controlled robot in the comfort of your own home. Reverse Pacific Rim, here we come.

YouTube user Daniele Benedetelli demonstrates his Cyclops MK II exoskeleton in this video, showing how his own movements control the behavior of a foot-tall robot on his desk.

One of the coolest parts of this DIY project is that it was all built from Lego bricks and a simple Bluetooth controller. Totally doable… right?