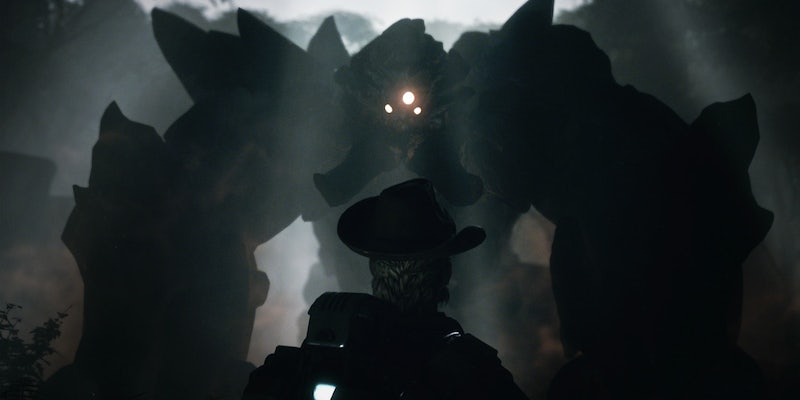 You can try the Evolve beta starting today

You can help make sure the game launches smoothly.

If you want to help Evolve not go the way of Halo: The Master Chief Collection, i.e. make sure it isn’t horribly broken at launch, today’s the day to start pitching in.

A public beta test for Evolve on the Xbox One begins today at 9am PT. Evolve is a cooperative first-person shooter in which a team of four players hunts down a fifth player, who is controlling a monster. The online portion of the game depends on players’ ability to smoothly connect with one another, which nowadays can be a proposition fraught with trepidation by developers and gamers alike.

For instance, Halo: The Master Chief Collection was released on Nov. 11, and the game’s online functionality was so badly broken that developer 343 Industries issued a public apology. 343 Industries is continuing to patch the game to bring all the Master Chief Collection’s various game modes online and functioning properly, with the next patch scheduled for sometime this week.

Beta tests have traditionally been about testing a game’s functionality, i.e. looking for bugs and making bug reports to assist the developers in getting a game ready for launch. On consoles, beta tests as often are not about finding bugs in the game but rather making sure the servers can handle the upcoming traffic load.

Publisher 2K Games, for example is asking as many players as possible to log on to the Evolve Xbox One open beta test specifically at 2pm PT on Saturday. When a developer or publisher is this specific in asking players when to sign on, it is more or less daring the gamer community to try and break the game’s servers.