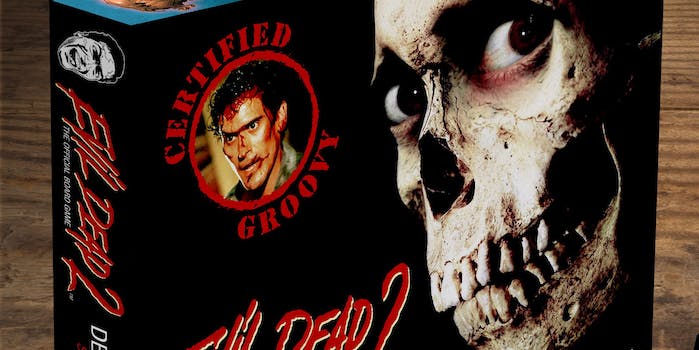 We hope Ash's hand is a playable character.

Tabletop gamers with a taste for horror will be thrilled to learn that one of the genre’s most legendary films is taking a playable form: Evil Dead 2.

A website has popped up for Evil Dead 2: The Official Board Game with a mockup pic, a countdown timer, and a Kickstarter logo. In a little over 10 days the project will launch on the crowdfunding website. 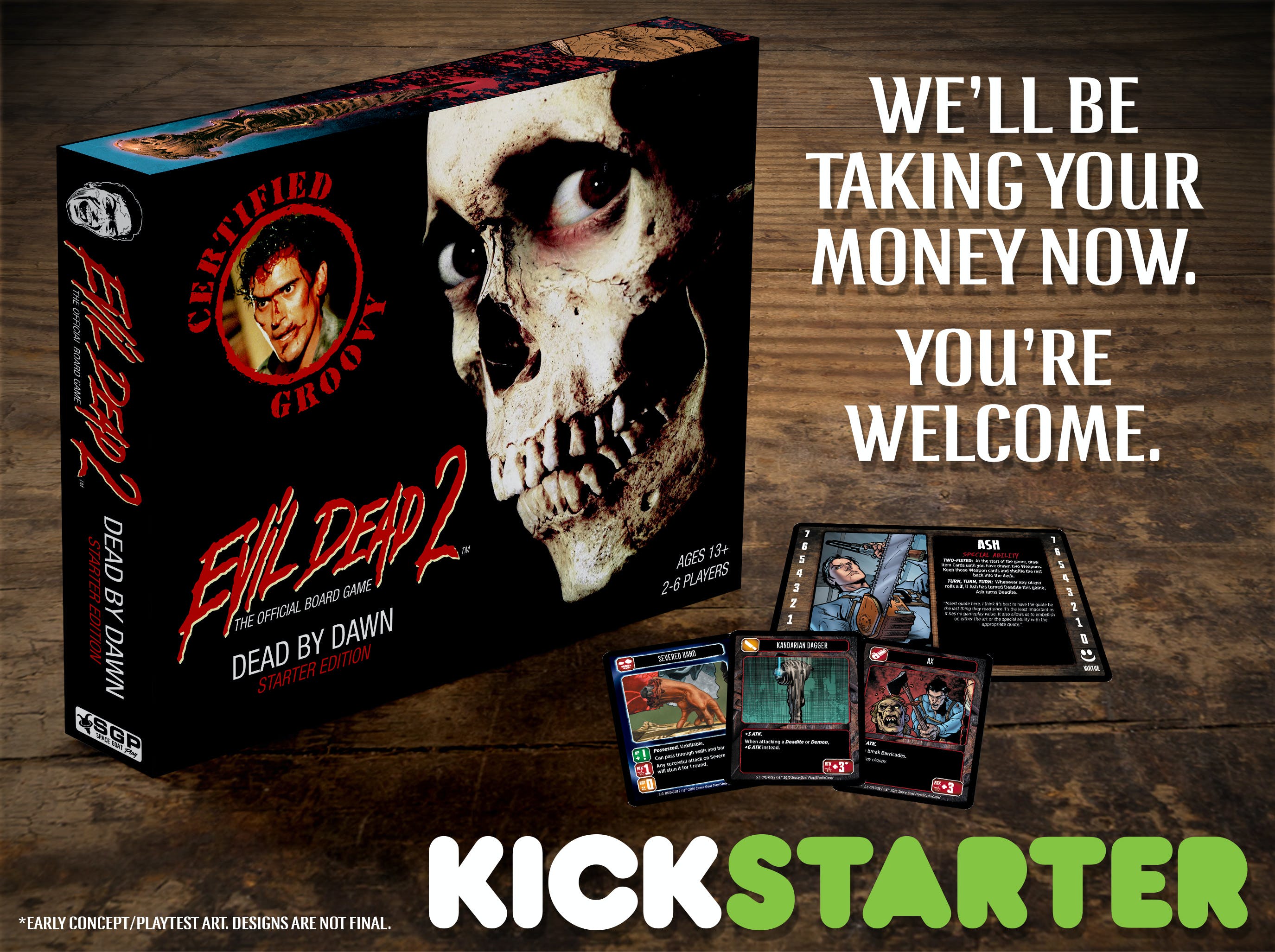 Space Goat Comics, which also publishes an Evil Dead 2 comic series, is behind the project. Beasts of War has exclusive details on the upcoming project: standard and deluxe versions of the game will be available and it will ship with at least eight custom figures of characters we know and love. We really, really hope that Ash’s disembodied hand is one of them. 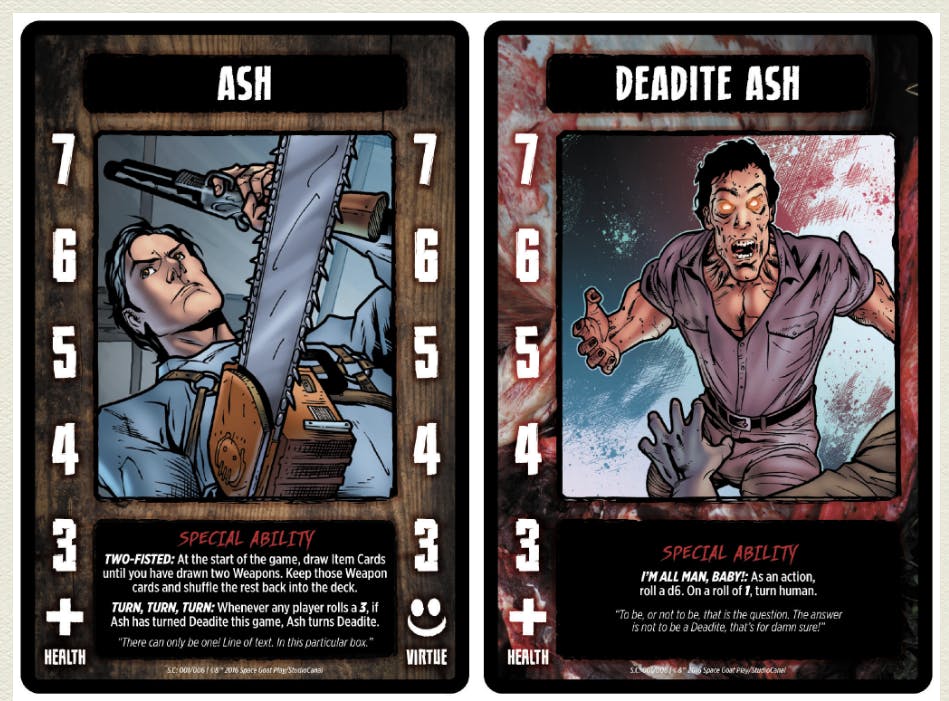 In addition, the deluxe edition will come with extra figures of Ash Williams and Deadite Henrietta, as well as a box based on the the Necronomicon Ex-Mortis. Best of all, six fans have a chance at being added into the game or a future Evil Dead 2 comic book!

Personally, we’re rooting for the “swallow your soul” demon to make it into the game.

What a cool guy.