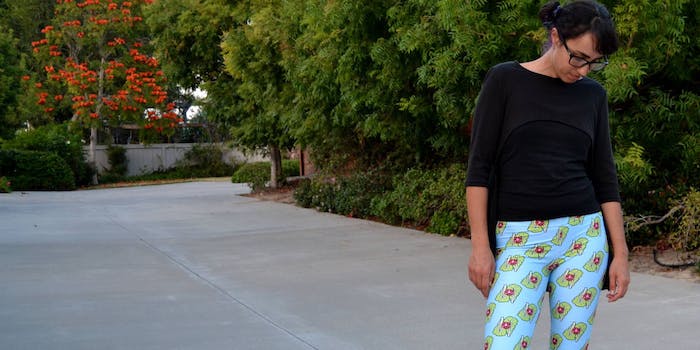 Now the Greek Couture Burger can be yours!

There’s little doubt in our minds that Bob’s Burgers‘ Belcher family would love the debut fashion collection recently launched by Eugene Apparel. After all, the line created by the aptly named company is inspired by the TV show and embraces its fun, burger-filled spirit.

Eugene Apparel was founded by fashion designer Kristin Koga, who has been a finalist in the Her Universe Fashion Show at San Diego Comic-Con for the last three years. In 2015 her design was inspired by Louise Belcher, and she received such positive feedback she decided to grow a collection around the design. The resulting line so far includes two pairs of leggings and a couture top. 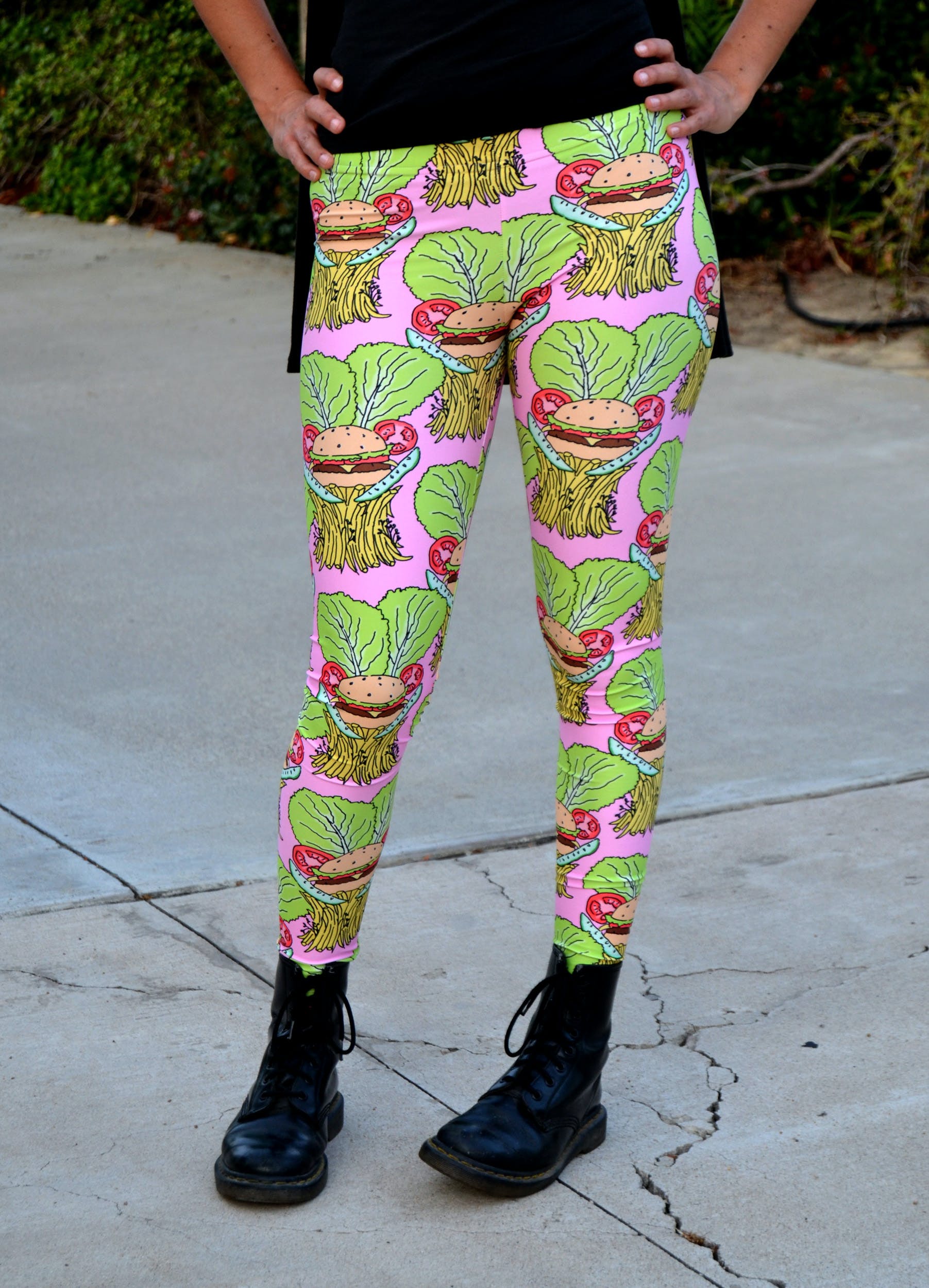 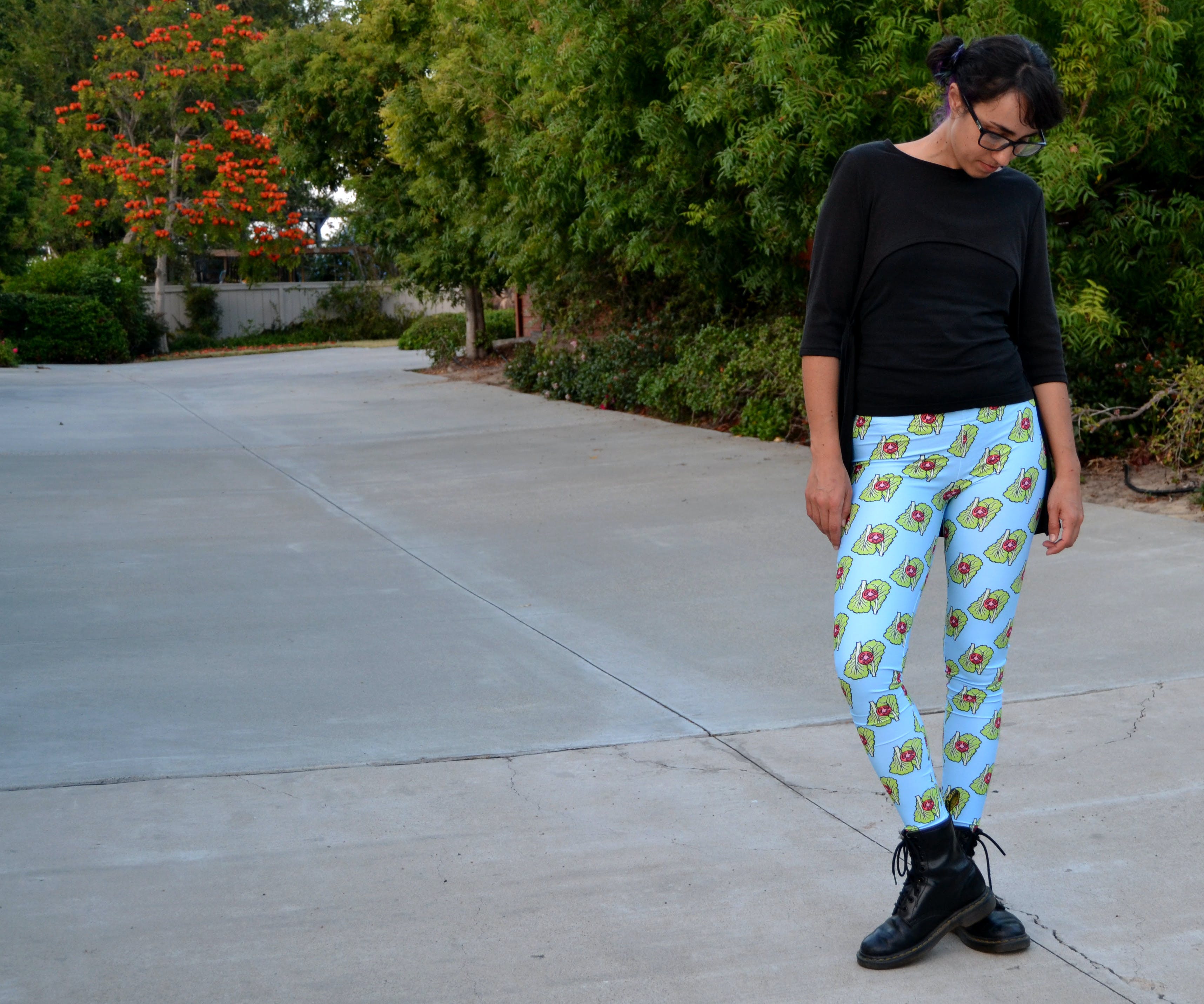 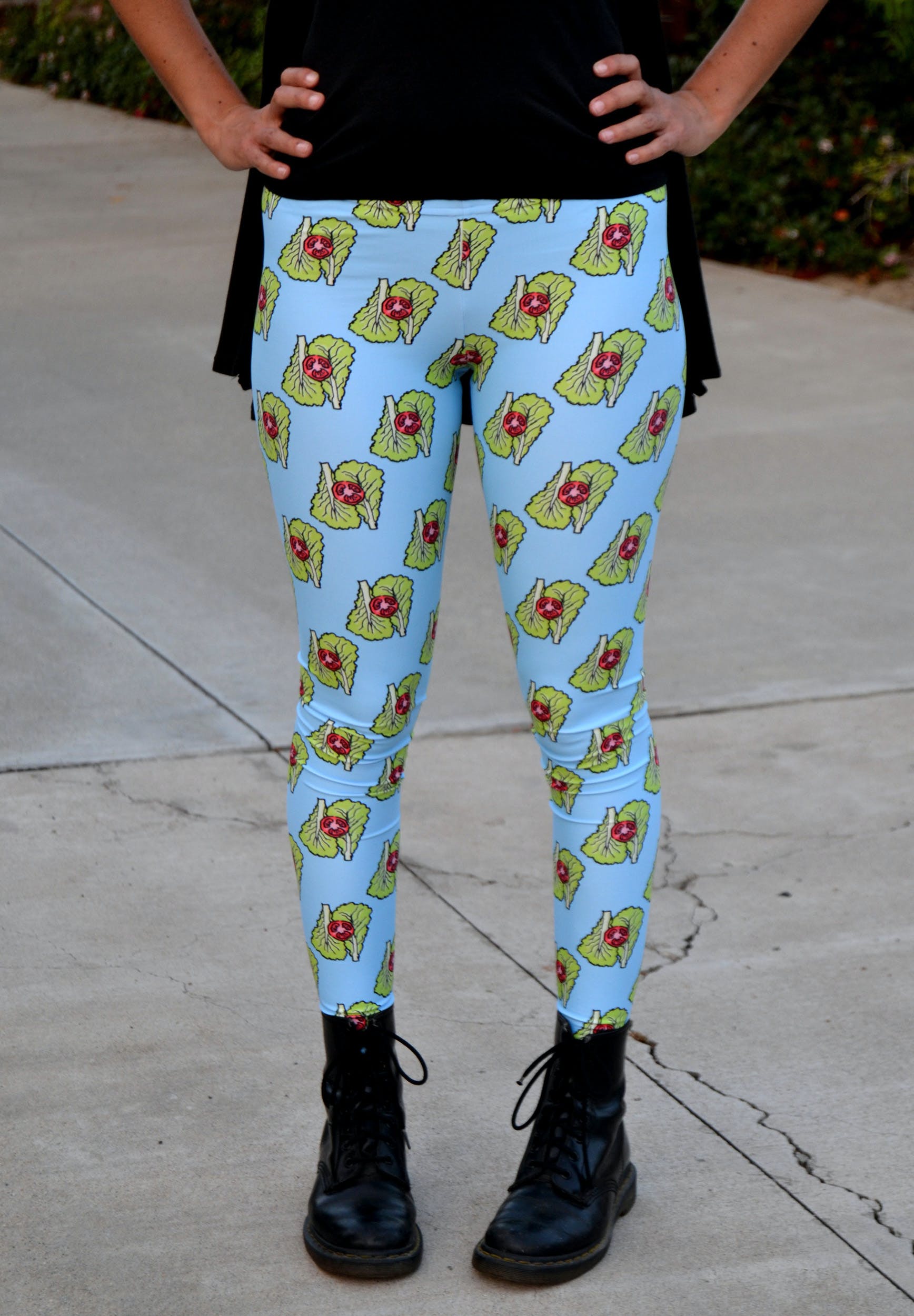 The burger crown leggings and lettuce and tomato leggings are both $55 and available in sizes extra small to extra large. The top being offered is the one from Koga’s fashion show design, which was called the Greek Couture Burger (comes with tzatziki sauce), and will be available in a limited supply. Its price is currently listed at $400.

There’s not enough Bob’s Burgers inspired fashion out there, so it’s definitely a welcome collection for fans of the show. This is just the start as well. Koga told the Daily Dot in an email that she’ll be adding more designs inspired by the family and is currently working on designs for Linda, Tina, and Gene. She’ll also be expanding beyond the cartoon and is working on designs inspired by Star Trek: Stranger Things. Koga said Eugene Apparel is also open to creating custom geek designs for customers. 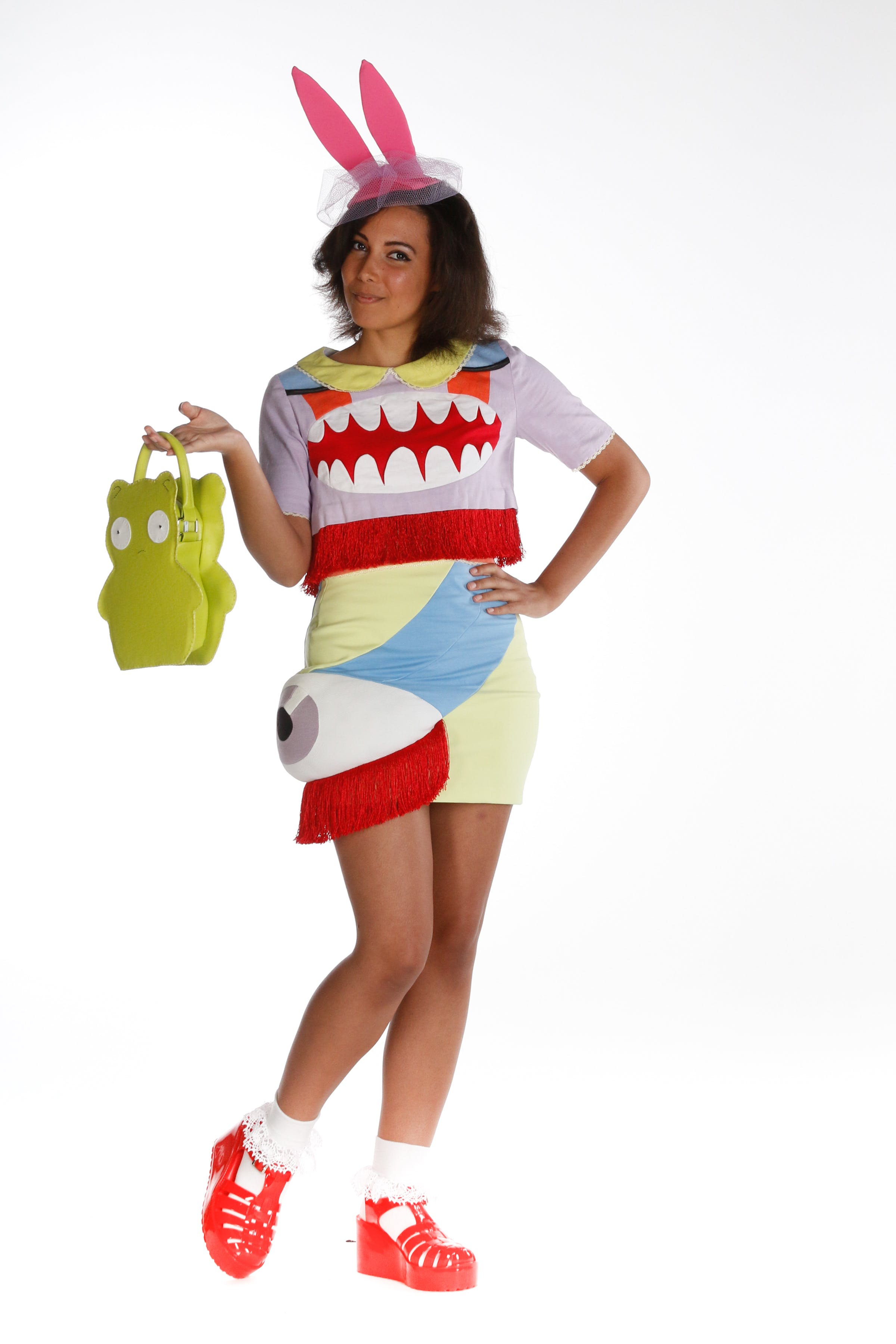 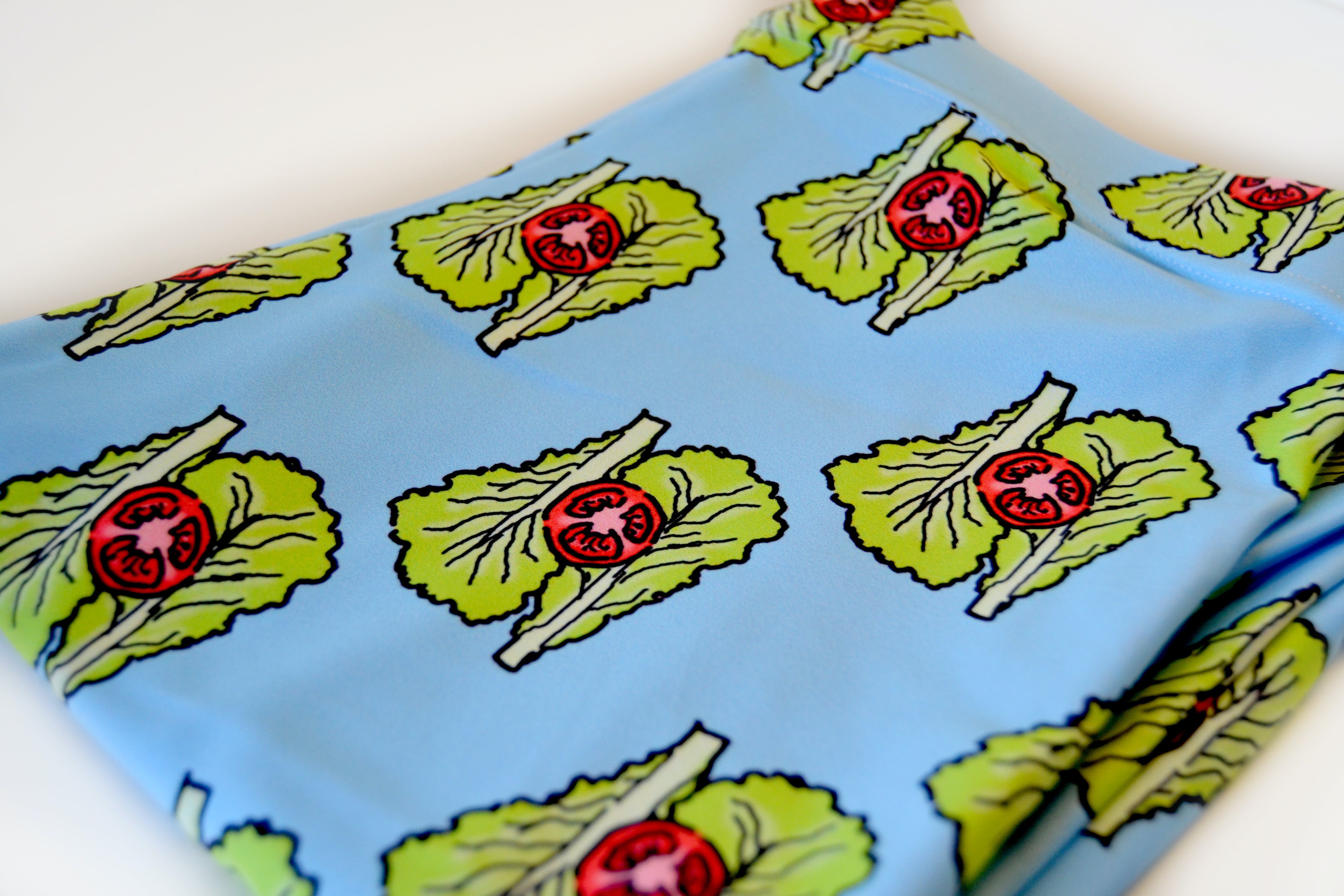 Koga told the Daily Dot she launched the company because she thinks “it is important for geek women to be able to express their geek love in ways that make them feel the best, most comfortable, and gives them more options.”

“Since I was a kid I have been part of many fandoms. I love the creativity and self-expression in fandoms and I wanted to contribute with my designs,” Koga said. “For a long time I felt there were few options in women’s geek fashion and it wasn’t until companies like Her Universe, WeLoveFine, and many more companies came on the scene that really changed the image of geek fashion. I still think there are many more places that have not been fully developed in the realm of geek fashion and I hope Eugene Apparel can be part of that exploration.”

You can find out more about Eugene Apparel and its products on its website and at its Etsy shop.