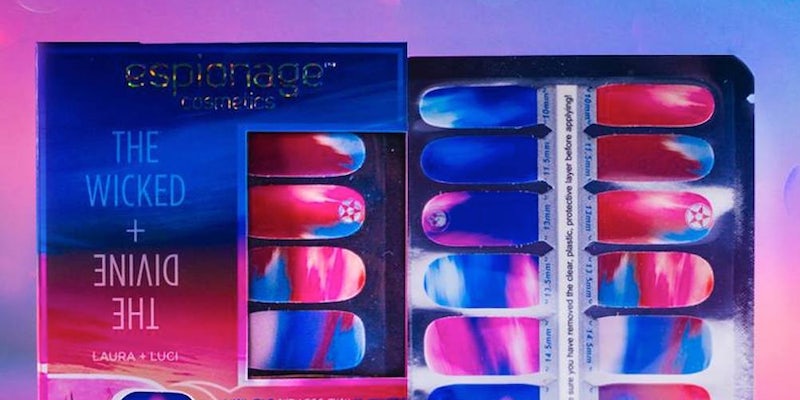 This nail art will make you feel like a member of the Pantheon.

Fans of Image Comics‘s The Wicked + The Divine now have a new way to show their love for the world of pop stars and reincarnated gods thanks to new nail wraps inspired by characters.

Retailer Espionage Cosmetics‘s “Laura & Luci” set with the familiar iconography and colors of the characters are currently available for preorder and are only the beginning of what fans will see result from this exciting collaboration.

The wraps are the first of five sets inspired by The Wicked + The Divine (often referred to as WicDiv), written by Kieron Gillen with art by Jamie McKelvie. Espionage Cosmetics came to collaborate with WicDiv as a result of its previous work with the creators of two other Image Comics series.

“It actually came as an offshoot of our work with Matt Fraction and Kelly Sue Deconnick! When we announced that partnership for Bitch Planet and Sex Criminals a conversation happened with Kieron and Jamie,” Espionage Cosmetics CEO Jaimie Cordero told the Daily Dot in an email. “We all agreed that WicDiv is a property that is just waiting for cosmetics to be created. We are pretty stoked that Espionage is the place where they decided to do that.” 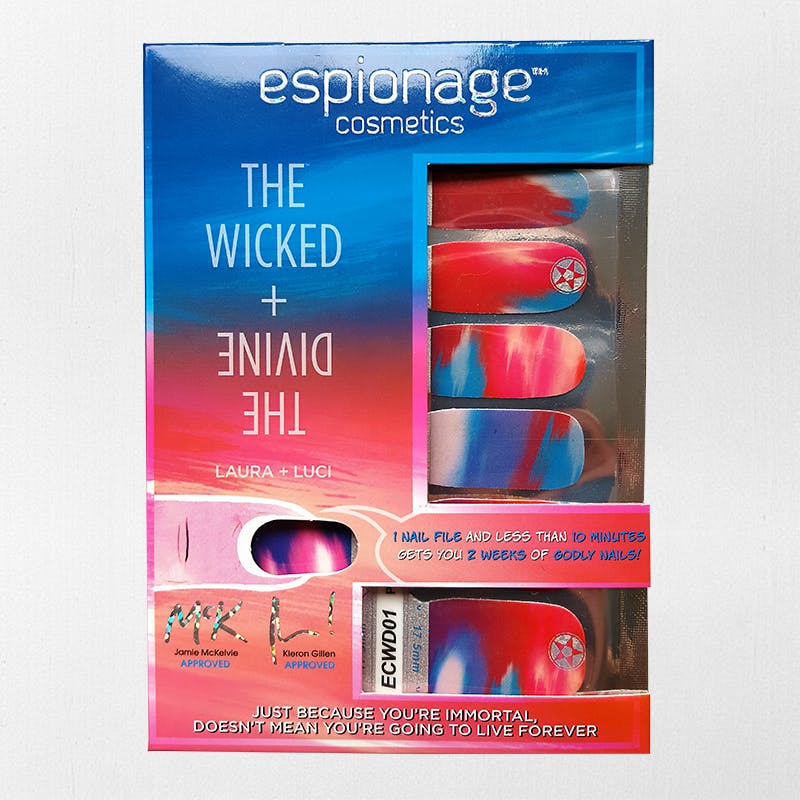 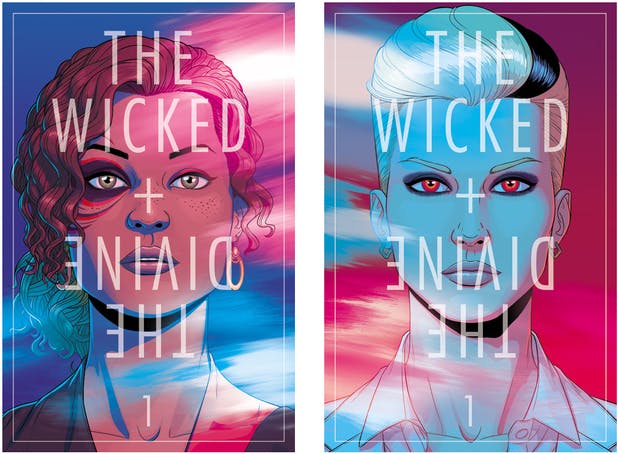 “WicDiv has really solid iconography throughout so when we decided that we were going to represent two gods per nail wrap set we needed a way to properly communicate which was which in addition to the color pallets. The foil stamping has been something that cleared testing last year sometime, but I was waiting for a way to use it first that would really be amazing. Nail wraps for reincarnated, teenage, gods and goddesses? Perfect use in my humble opinion,”  Cordero said.

The other nail wrap sets will be released over the next 18 months and that’s not all fans can expect. Eventually Espionage will expand its WicDiv line to include licensed makeup collections, though according to Cordero this is still in the very early stages. 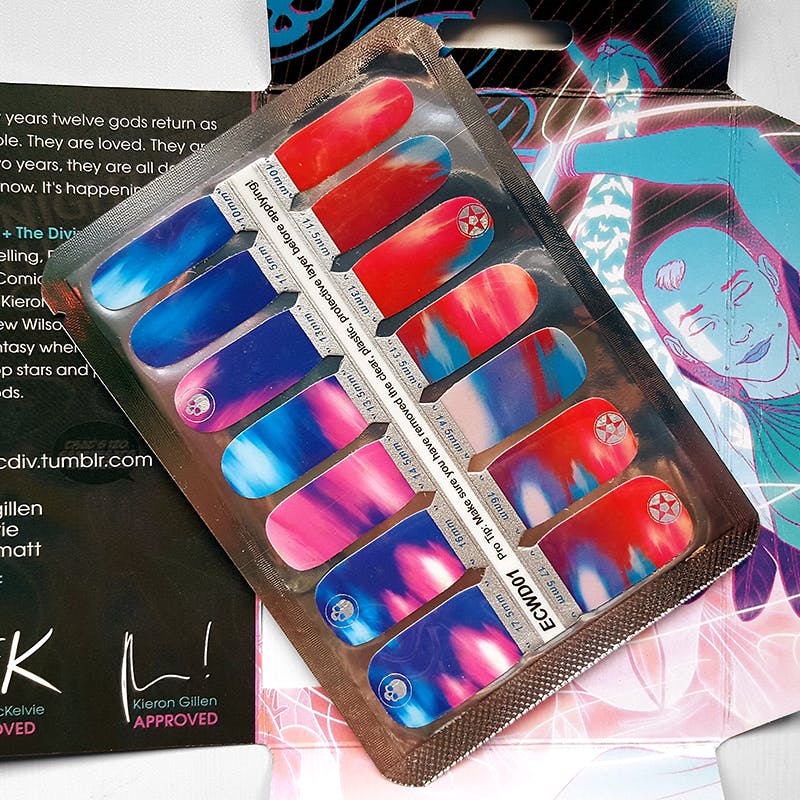 “The Nerd Misfits at Espionage have gone over the best ways to effectively represent what WicDiv is through makeup. We have many ideas, but none of which are in an advanced enough stage that I can give official details. I can say that we plan on it being a pressed powder collection which we are looking to have out by 2017,” she said.

Until then, fans can keep an eye out for the next nail wrap set and get their geek cosmetics fix with more releases from Espionage. Cordero said the company will be introducing some new Bitch Planet nail art options in the future and will be working with independent publisher Quirk Books on some projects starting in February, including collaborating on Espionage’s subscription box The BOOM!Box which will have a Jane Austen theme that month. There’s also more on the way that Cordero said she can’t speak about just yet.