The wraps are now available for preorder.

Espionage Cosmetics is adding three new designs to their “Nailed It!” line of nail wraps inspired by Image Comics‘ series Bitch Planet and Sex Criminals. The wraps became available for preorder on the geek cosmetics company’s website Monday and feature designs approved by the creative teams behind each comic.

Bitch Planet’s Kelly Sue Deconnick and Valentine De Landro collaborated with Espionage for two sets of wraps: Non-Compliant and Comic Pattern. Sex Criminals’ Matt Fraction and Chip Zdarsky worked with them on another set featuring  “the quiet” effect from the comic. All three will glow in the dark and cost $12 each.

“Kelly Sue and I admire the work Espionage does, and loved the idea of expanding the outreach of our titles through their products. Espionage connects to an audience woefully underserved by the boring old world of ‘comics merch’—people like our readers. We’re excited to get our stuff into their hands—well, onto their hands, anyway,” Fraction said. 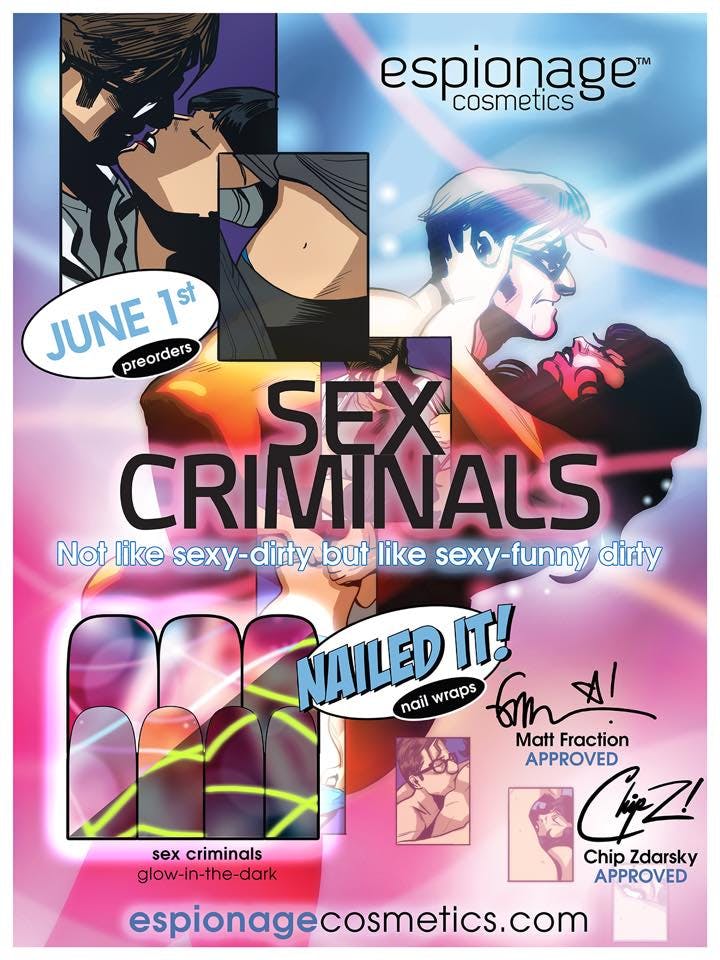 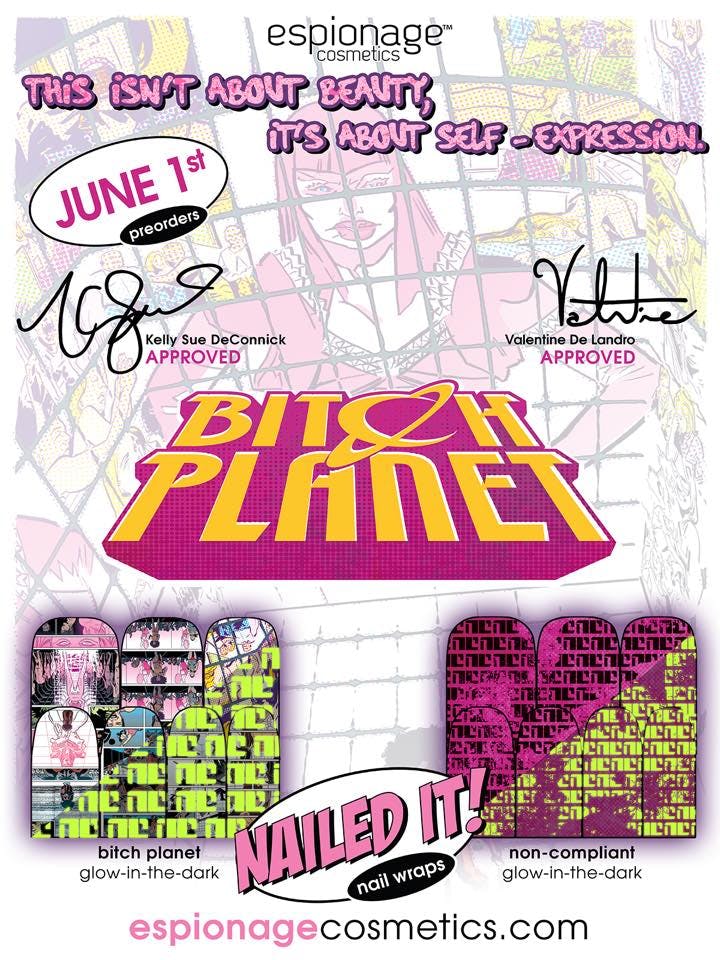 The nail wraps are expected to ship on July 1.