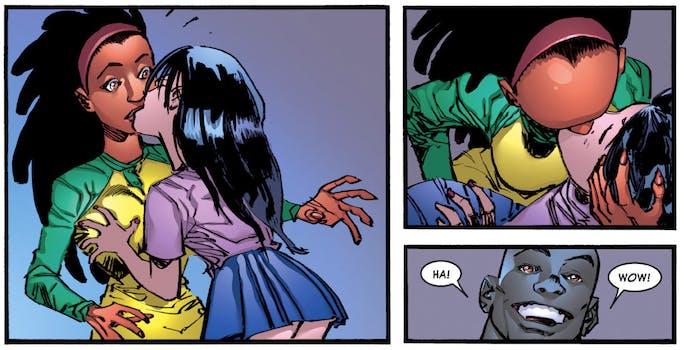 Erik Larsen, cofounder of Image Comics, didn’t mince words when he accused Marvel and DC of pandering to a “vocal minority” by revamping female superhero costumes to be less revealing.

Newer costume designs usually involve putting a female character like Captain Marvel, Black Widow, and most recently Wonder Woman in form-fitting body suits instead of scanty, impractical leotards and cleavage-revealing bustiers. The changes have only come after years of complaints from female fans that skimpy costumes are sexist, impractical, and indicative of a double standard in the way male and female heroes are portrayed in comics.

Larsen, the creator of Savage Dragon, unleashed a Twitter invective against the recent spate of more modest bodysuits. What apparently set him off was last week’s reveal of a strange new Wonder Woman costume design. Her new outfit combines her traditional gold-plated armored corset with a full-length bodysuit. 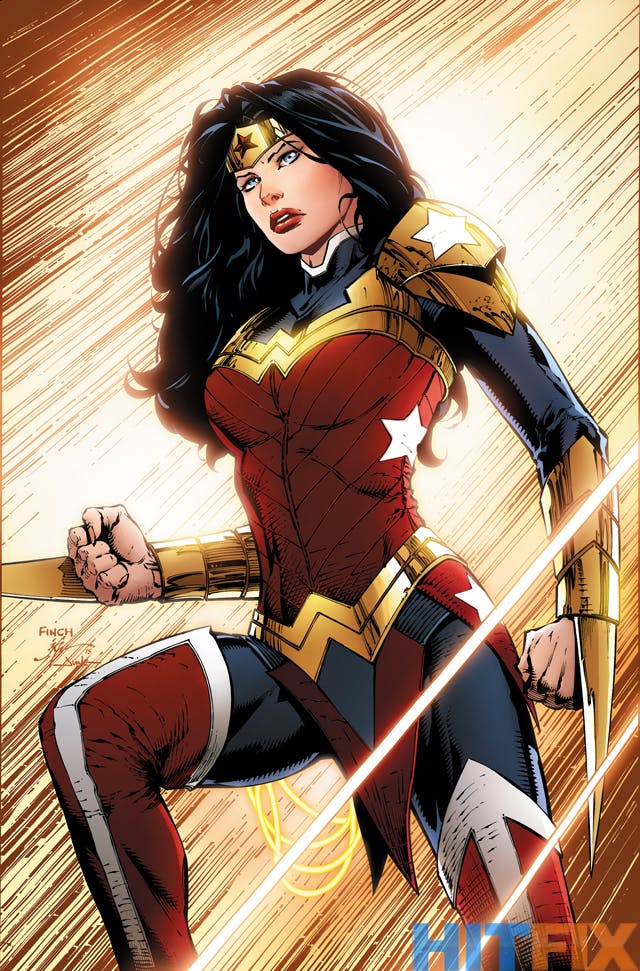 This is obviously a bulkier costume than a simple plated leotard and boots, though without knowing the context for the upgrades it’s hard to debate the outfit’s overall practicality.

Larsen, however, chose not to discuss the specific merits of the Wonder Woman costume. Instead, he lashed out at the general trend.

… because bulky clothes actually hinder movement). And in any case–these are lines on paper. People can't fly in the real world…

…or climb walls or spin webs–the notion that everything has to strictly adhere to the physical rules we're bound by is absurd.

This is an odd argument for a number of reasons.

For one thing, while athletes do wear skimpy clothing, they don’t do it while fighting other athletes in mighty super-powered life-or-death battles. For that, you need protective covering—you know, like the armor most male superheroes wear.

And if these are just lines on paper anyway, there’s no real reason to use those lines to present important female characters primarily as sexual objects for the gratification of male readers.

Larsen’s follow-up tweets didn’t help matters. After he complained that DC and Marvel were only trying to placate a small number of fans who were “bitching” about skimpy costumes, comics legend Gail Simone herself stepped in.

Simone didn’t take kindly to Larsen’s suggestion that the complainers were part of a small but strident group that was changing comics for the worse. Where have we heard that before?

I can't remember if I am a Fake Geek Girl or a Vocal Minority.
I only want to be in one category!

It’s definitely been an odd week for comic readers who cling to sexist imagery in their favorite stories. Female comic fans have been taking heat from Gamergate members after DC pulled a variant Batgirl cover over complaints that it glorified sexual assault.

Incredibly enough, in a follow-up tweet from yesterday in which he screencapped what appear to be his own words from an email, he implied that his portrayal of women is somehow progressive.

There is a portion of the audience that would dearly love frumpy, plain looking female characters whose love interests are all impossibly handsome men. Kind of a wish fulfillment thing, I suppose. But then superhero comics have always been that and maybe the door should swing both ways. If somebody wants to do that book—have at it. (Come to think of it—I’m kind of doing that now. Malcolm Dragon’s love interest is a relatively average-looking, flat-chested Asian girl. But I’m not caving to pressure—that’s just how that worked out.)

While Larsen thinks his character, Maxine, somehow caters to women because she’s a “flat-chested Asian girl,” she’s also clearly a sexual object whose value increases due to her ability to aid Malcolm Dragon in getting threesomes with other women—something she describes each time as being about his pleasure rather than hers, thereby fitting the standard requirements of the Male Gaze. 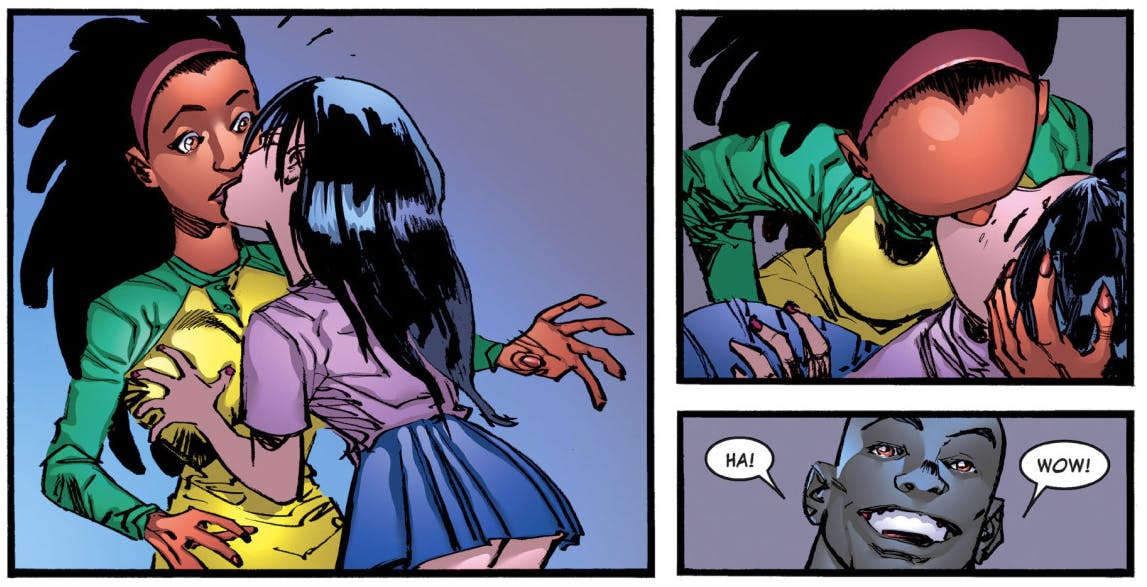 There’s nothing progressive about this depiction. It’s straight-up male wish-fulfillment at its finest.

Keep in mind this is the guy who created a Superhero named “Dart” whose costume is a swim-suit and go-go boots who is COVERED IN DARTS… AT ALL TIMES!  She wears Darts for earrings!  She shouldn’t be able to bend her arms or kneel over without poking herself!

Oy vey. Can we just put Larsen’s tired, disingenuous arguments to bed already? The women of comics have more important battles to fight—preferably in comfortable yet practical clothing.