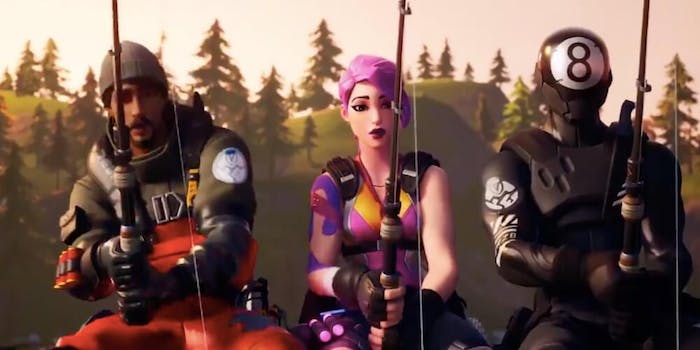 Epic Games, the developer of Fortnite, is suing a user experience tester for allegedly divulging secrets before the release of Fortnite Chapter 2, which came out earlier this month.

In a lawsuit, Epic Games claims that tester Ronald Sykes betrayed its non-disclosure agreement by revealing secrets about changes users would experience in Chapter 2.

“The significant changes that came in Fortnite Chapter 2 were the result of considerable planning, creativity, and effort by Epic’s employees,” Epic Games says in the lawsuit. “Sykes’ spoilers did just what the word itself suggests: they diminished the anticipation of what was to come and the joy of looking forward to it.”

The tester reportedly played Fortnite Chapter 2 in September, and three days later tweeted to another Twitter user that he had played and could tell “the new stuff.” He also allegedly told another Twitter user to send him a private message for more information. The lawsuit says that Sykes tweeted a map from the game and said that players would be able to swim in Chapter 2.

Epic Games listed three Twitter accounts that it says belong to Sykes. All have since been deleted. The lawsuit is ongoing.

This isn’t the first time Epic Games has sued players for spoilers. Earlier this month, Epic Games settled a lawsuit between it and a 14-year-old player, who reportedly ran a YouTube channel where he taught hacks and showed users a website where they could purchase them, according to the BBC.