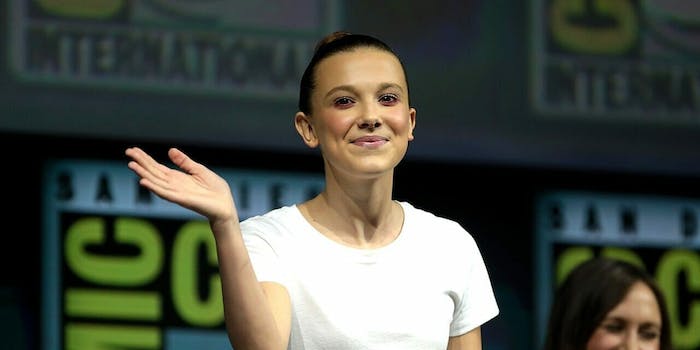 Henry Cavill is certainly... a bold choice to play Sherlock?

Henry Cavill and Stranger Things star Millie Bobby Brown have been cast in a new Sherlock Holmes movie, based on the Enola Holmes novels by Nancy Springer.

The Enola Holmes Mysteries are a series of YA detective novels about Sherlock Holmes’ teenage sister—a character who didn’t appear in the original stories by Arthur Conan Doyle. The books feature characters from the Sherlock Holmes canon, but with a more modern, tween-friendly twist since they were published from 2006-2010.

Brown will star in the title role, with Helena Bonham Carter playing her mother. Meanwhile Cavill—best known for playing muscular action heroes like Superman—is a more offbeat choice to play Sherlock Holmes. This will be Brown’s first major lead role, after appearing in the ensemble cast of Godzilla: King of the Monsters this year.

Harry Bradbeer (Killing Eve, Fleabag) is onboard to direct, with Jack Thorne adapting the screenplay. Over the past few years, Thorne has become the go-to guy for this kind of British YA adaptation, recently writing The Secret Garden and the TV adaptation of Philip Pullman’s His Dark Materials, and co-writing J.K. Rowling’s stage play Harry Potter and the Cursed Child.

With production expected to start this summer, Enola Holmes may come out in the same year as Robert Downey Jr. and Jude Law‘s Sherlock Holmes 3.